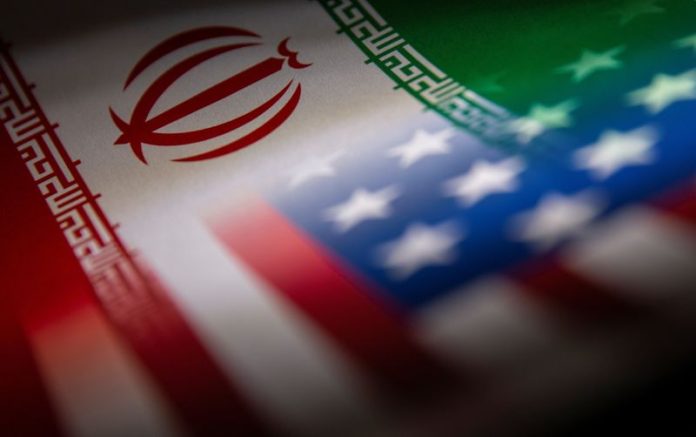 One of the last obstacles to reviving the 2015 Iran nuclear deal – Tehran’s demand to remove its Revolutionary Guards from a U.S. terrorism list – is more an issue of politics than substance, analysts said.

While the two sides had appeared close to reviving the pact a month ago, talks have since stalled over last-minute Russian demands, the Nowruz holiday, and the unresolved issue of whether Washington might remove the Islamic Revolutionary Guard Corps (IRGC) from the U.S. Foreign Terrorist Organization (FTO) list.

The United States and Iran have been engaged it fitful, indirect talks for more than a year on reviving the 2015 deal under which Iran limited its nuclear program in return for relief from economic sanctions.

The United States has weighed dropping the designation in return for some kind of action or commitment from Iran to rein in IRGC activities, one source has said.

However, the White House is well aware of “the political sensitivity and price associated with” removing the elite force from the list, said Dennis Ross, a long-time U.S. Middle East negotiator, noting that some Democrats oppose dropping it.

“There is hesitancy on the part of the political side of the White House,” he added.

Asked about that report, a senior Biden administration official said, “We are not going to negotiate in public. There are still gaps.”

“The onus here is really on Iran at this stage, particularly on this issue,” the official added on condition of anonymity.

When the Trump administration designated the IRGC as an FTO in 2019, it was the first time Washington had so blacklisted part of another country’s military and was seen by some as a poison pill to make it harder to revive the nuclear deal, which then-President Donald Trump abandoned in 2018.

Critics of dropping the IRGC from the list, as well as those open to the idea, say doing so will have little economic effect because other U.S. sanctions force foreign actors to shun the group.

“It’s the administration-wide assessment that it would not have a significant – if any – impact,” said a senior U.S. official on condition of anonymity.

This is in part because the IRGC would remain sanctioned as a “specially designated global terrorist” (SDGT) on a separate U.S. blacklist list created after the Sept. 11, 2001, attacks.

The IRGC, a powerful political faction in Iran, controls a business empire as well as elite armed and intelligence forces that Washington accuses of a global terrorist campaign.

Iranian sources cited multiple reasons why they want the designation removed, including domestic politics and the desire of new Iranian President Ebrahim Raisi’s team to show it can secure a better deal than his predecessor Hassan Rouhani.

“Mostly it is a matter of dignity for the establishment and Iran’s negotiators,” said a senior Iranian diplomat on condition of anonymity.

“The new team from the beginning insisted on the FTO issue and sees it as a major achievement if those sanctions are lifted. That is mainly for domestic use because they criticized Rouhani’s 2015 deal and cannot just revive it,” added a former senior Iranian official briefed on the talks.

Another Iranian diplomat said Iran had rejected the idea of removing the designation from the IRGC as a whole but keeping it on the group’s elite Quds Force.

While U.S. officials are loathe to admit it, the main issue in Washington is also political. Republicans argue dropping the FTO label would show the Biden administration is soft on terrorism, a charge U.S. officials deny.

Representative Michael McCaul, the top Republican on the House Foreign Affairs Committee, last week called the IRGC “a killing machine” that threatens Americans and he stressed the political cost to the White House.

“That’s going to split the Democratic party in half on this, if not more,” he said.

Some Democrats have voiced misgivings, although there is little chance Congress could block a revived nuclear deal.

Even critics admit removal would have few practical effects.

Matthew Levitt of the Washington Institute for Near East Policy think tank said labeling the IRGC as an FTO added only two authorities: allowing the U.S. government to bar entry by anyone associated with it and to impose criminal penalties to those who knowingly provided it “material support.”

In a recent analysis, Levitt said Iran would use a removal to argue that it does not engage in terrorism, and that dropping the label would undermine the credibility of U.S. sanctions.

“The IRGC should not be removed from the FTO list until there is evidence it has ceased terrorist activities,” he wrote.

(Reporting By Arshad Mohammed in Saint Paul, Minn., and Parisa Hafezi in Dubai; Additional reporting by Patricia Zengerle and Nandita Bose in Washington; Editing by Mary Milliken and Daniel Wallis)

Source
Politics, not substance, seen guiding U.S. and Iran on terror listing is written by Wolf Daily for wolfdaily.com

Essential Knots To Know In The Wild