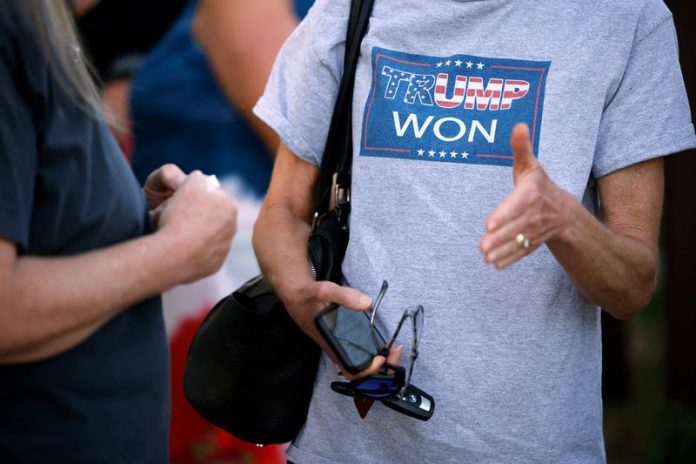 Voters in Pennsylvania and North Carolina will pick nominees in critical U.S. Senate and gubernatorial contests on Tuesday that provide another test of former President Donald Trump’s sway with Republican voters ahead of November’s midterm elections.

Joe Biden’s fellow Democrats are fighting to retain their slim majorities in the House of Representatives and Senate in the Nov. 8 congressional elections. Democrats in Pennsylvania and North Carolina are trying to win Senate seats currently held by Republicans.

In the Democratic primary, progressive Lieutenant Governor John Fetterman, who is finishing his primary campaign from a hospital after suffering a stroke last week, faces centrist U.S. Representative Conor Lamb.

Barnette’s rise has worried some establishment Republicans concerned that the right-wing activist could prove too conservative for general election voters choosing a successor to retiring Senator Pat Toomey.

Trump has endorsed more than 150 candidates as he tries to solidify his status as his party’s kingmaker, though his picks have not always prevailed. His support helped author J.D. Vance win the Ohio Senate primary, but his favored candidate lost in Nebraska’s gubernatorial race last week.

Republicans are well positioned to regain control of the House, which could enable them to frustrate Biden’s legislative agenda. Democrats have a better chance of keeping control of the Senate, currently split 50-50 between the parties with Vice President Kamala Harris holding the tie-breaking vote.

The 6-foot-8-inch (2.03 m) tattooed and goateed Fetterman, who has a penchant for hoodies and liberal stances, has proven to be an adept fundraiser and a social media force.

His health scare has added a new wrinkle to the Pennsylvania race. Fetterman canceled his planned appearance at a Pittsburgh election night party after revealing on Sunday he had suffered a stroke two days earlier precipitated by a blood clot. He said he was recovering and has not sustained cognitive damage.

Polls show Fetterman leading Lamb, whose moderate politics make him a better general election candidate in the view of many party insiders.

Barnette, seeking to become the state’s first Black U.S. senator, has called her rivals insufficiently conservative, but has her own baggage. She was photographed, according to news reports, marching toward the U.S. Capitol on Jan. 6, 2021, alongside members of the far-right Proud Boys group shortly before a mob of Americans attacked police and stormed the building.

Barnette’s campaign in a statement to NBC said she did not take part in or condone the destruction of property and has no connection to the Proud Boys. She also has defended herself over several Islamophobic messages she posted years ago.

Trump last week endorsed state Senator Doug Mastriano, who is leading the polls in Pennsylvania’s Republican gubernatorial primary. Mastriano also was present outside the Capitol on the day of the riot after Trump delivered a speech to followers repeating his claims that the election was stolen from him through widespread voting fraud.

Some Pennsylvania Republicans view Mastriano, like Barnette, as too extreme to win a general election.

(Reporting by Jarrett Renshaw in Philadelphia and Joseph Ax in New York; Editing by Will Dunham and Scott Malone)

How To Choose The Perfect Bug Out Location

Constitutional Carry And The 2nd Amendment