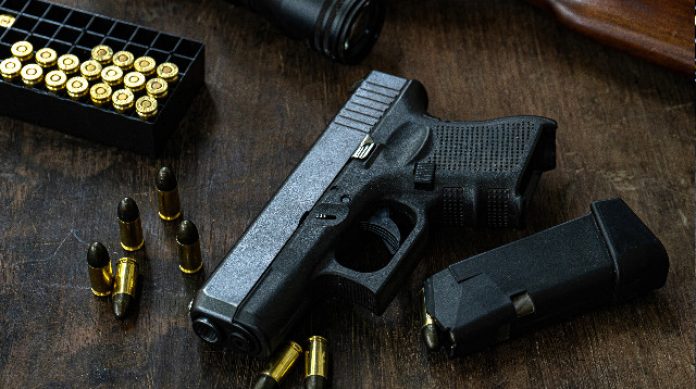 It’s not a good time to be living in Los Angeles. Crime, poverty, homelessness, high cost of living, Democrats; it’s getting out of hand. Failed Governor Gavin Newsome has turned a beautiful state into a post-apocalyptic wasteland, reminiscent of the opening scenes from The Terminator, minus the human skulls and killer machines of course. That’s still years from happening.

The only hope for change is the upcoming elections, particularly in Los Angeles. Eric Garcetti, the mayor currently overseeing the disaster that is Los Angeles is set to leave office, and the favorites to replace him are billionaire developer Rick Caruso and Rep. Karen Bass. Of course, both candidates are Democrats, which leads to the root cause of the issues with the city. However, California being what it is, no Republican is going to win a seat in a large blue city anytime in the foreseeable future anyway, so it’s Caruso or Bass. Unfortunately, and ironically for Bass, her home was recently broken into (go figure), and the only items taken were interesting ones. Check this out from Breitbart:

Democratic Rep. Karen Bass of California said in a statement last week that two guns had been stolen from her home.

“Last night, I came home and discovered that my house had been broken into and burglarized,”

At this time, it appears that only two firearms, despite being safely and securely stored, were stolen. Cash, electronics and other valuables were not. It’s unnerving and, unfortunately, it’s something that far too many Angelenos have faced.”

Is this ironic or what? In a state with some of the strictest gun laws, a Mayoral candidate for the largest city has guns stolen. You can’t make this stuff up.

Too many Angelenos have faced this because Democrat leadership has allowed crime to run rampant. Catch and release, liberal district attorneys put far too many criminals back on the street.

There are some interesting, if not suspicious circumstances surrounding the break in.

According to the victim, there are several valuables, electronics, and US Currency in view that were not taken.” The press release adds that, “The suspect is described as a male, Hispanic, standing 5 feet and 9 inches tall, weighing 200 pounds, wearing dark clothing and a surgical mask, blue baseball cap with a white logo emblem, and black Asics sneakers.”

Here is my problem; the robber only took two guns that were stored in a gun safe, leaving cash, jewelry and electronics in plain sight. The robber also was described all the way down to the sneakers and surgical mask. Something doesn’t add up. You have a hard to identify robber, considering the heavy Hispanic population, still wearing a Covid mask ONLY taking guns in a safe. Gun safes are extremely hard to crack. It’s almost as if the robber went in knowing what to take, where to find it, and how to get just enough of his identity on camera so the police can make an active case out of his search.

This is all very suspicious considering Los Angeles is in the run up to a mayoral election and Bass only recently jumped ahead in the polls. What better way to portray yourself as tough on crime then to be a victim yourself?

Just speculation, but something doesn’t smell right in Los Angeles, and it isn’t just the Sunset Strip.

Source
Oops! Los Angeles Democrat Mayoral Candidate Has Guns Stolen During Break In? is written by robm for trendingpolitics.com

Biden no longer deporting unaccompanied migrant children at the border

Dallas Students Required To Use Clear Or Mesh Backpacks

VP Kamala Harris Does Interview In Front Of Sign In Louisiana…There...