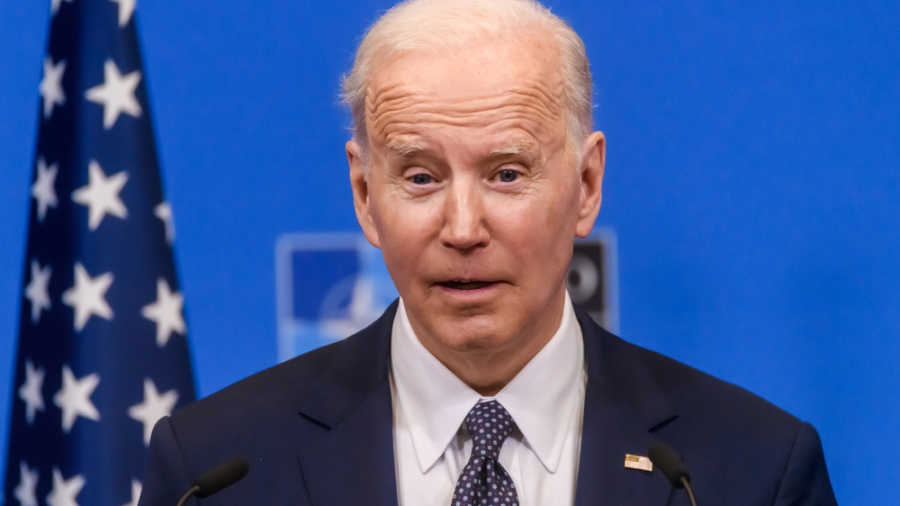 President Biden accidentally revealed his prompt card in a meeting yesterday for the umpteenth time during his presidency.

Biden, 79, had been holding a meeting at the White House entitled Offshore Wind Drop-By, when he accidentally flashed a cheat card to photographers.

The card gave Biden very basic instructions and referred to the president as ‘YOU’ in bold capital letters:

“YOU enter the Roosevelt Room and say hello to participants,” reads the first instruction.

“YOU take YOUR seat.

It also instructs Biden to take questions from photographers before leaving:

Biden consistently relies on cheat cards and although having written prompts is not unusual for public speakers, most world leaders don’t rely on them for the majority of their meetings and speaking arrangements and certainly don’t make the mistake of showing the public the card!

But this isn’t the first time the president has made the same blunder. Seemingly unable to remember what he needs to say, Biden relied on written, read-made answers to reporter’s questions during a talk about Ukraine last year.

One of the questions read, “If you weren’t advocating for regime change, what did you mean? Can you clarify?” while another possible question asked, “Is this now threatening to splinter unity with your NATO allies?”

The prepared answer read “No. NATO has never been more united.”

Last July, Biden embarrassingly conducted a virtual meeting with food or something yellow on his chin for about 10 minutes before an aide handed him a hand-written note:

“Sir, there is something on your chin.”

Again, dopey Biden flashed the note for the world to see before wiping his face.

Despite the cards and prompts, the blundering president is famous for making faux pas and getting it wrong. At the start of the Covid pandemic in 2020, self-confessed gaffe machine Biden said there were 120 million dead from Covid, before correcting himself with “120,000”.

“This is after he previously claimed 150 million Americans died from guns”, said Trump War Room, referring to Biden muddling up gun violence statistics.

He doesn’t seem to know the difference between two middle eastern counties. At a press conference during the G7 on June 13 last year, Biden mistakenly called Syria, Libya:

“I’m hopeful we can find an accommodation where we can save the lives of people in – for example in, – in Libya”.

In March, elderly Biden tripped while ascending the stairs of Air Force One, and one day later called Vice President Kamala Harris “President Harris” and in the same month, he couldn’t remember the name of his Secretary of Defense, Lloyd Austin:

“My – the guy who runs that outfit over there.”

Further questions were raised about the president’s health when he took a fall from his stationary bicycle last week while on vacation with his wife in Delaware.

The president toppled over sideways after seemingly forgetting his foot was still strapped onto the peddle, before scrambling to his feet and insisting he was “good” to the concerned crowd.