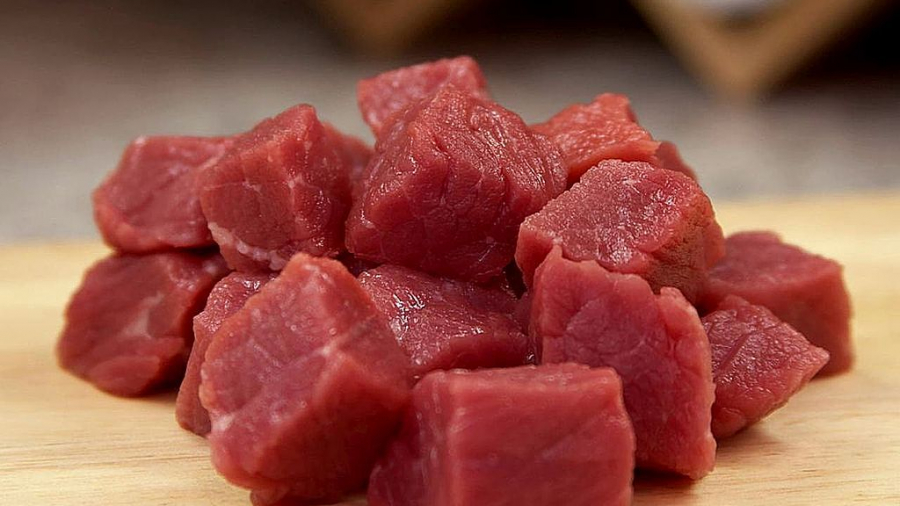 Are you allergic to meat (or know someone that is)? If so, the information in this article could be lifesaving!

Summer is in full swing, and that means that everyone is out and about in the sunshine. And, unfortunately, this is just as much the case for people as it is for ticks.

It’s no secret that ticks are prevalent in the hotter months, and that they can suck your blood if they’re able to bury their head underneath your skin. And this can turn into a serious (and even deadly) matter if the tick stays in for too long. However, if you can get the tick out of the skin quickly, there is typically no lasting consequences.

Unfortunately, the same may not be true for one type of tick that scientists have recently been observing.

This type of tick is called the “Lone Star” tick, which makes sense when you observe the marking on its back, which looks similar to the outline of the state of Texas.

Unfortunately, this marking does not make the Lone Star tick any less terrifying. That’s because it has the unique capability of spreading a dangerous sugar molecule into your system. And, oddly enough, this sugar molecule can make you allergic to red meat (a Texan’s worst nightmare).

The sugar molecule’s name is “Alpha-Gal” for short. And, unfortunately for feminists, this abbreviation is not meant as an empowering term for women. Instead, the name is short for galactose-alpha-1, 3-galactose.

Once the Lone Star tick bites the victim, the Alpha-Gal molecule enters into your bloodstream. Once there, it works to essentially rewire your body’s immune system.

Getting down to it, the reason that this molecule causes the allergy is the Lone Star tick feasts on cow and mammal blood. This allows the Alpha-Gal molecule into the tick, which it carries on to humans. After one bite, the molecule activates the body’s immune system. The molecule is then able to trick the body into believing it’s allergic to red meat.

Once the bite has taken place and once the Alpha-Gal molecule is in the bloodstream, your body goes to work. It begins forming Alpha-Gal antibodies. From then on, the body’s new wiring is ready to fight off all Alpha-Gal sugar molecules that come into your system. And, since red meat is full of these sugar molecules, this causes the victim to become extremely ill after eating meat. However, it isn’t just meat. The Alpha-Gal molecule is also present in a variety of medications which use gelatins as stabilizers.

Unfortunately, victims of a Lone Star tick bite do not always know what the cause of their ailments is. Many times, all they know is that they suddenly are experiencing hives, shortness of breath, diarrhea, and vomiting. Sometimes, these bites can even be deadly, due to lowering the blood pressure to an extremely low level.

However, many times victims don’t know the cause of the sickness. This is because the reaction oftentimes isn’t immediate. In fact, it sometimes takes hours to feel any symptoms at all. This is because the Alpha-Gal molecule needs to travel through the GI tract in order to be released.

There’s much more to know about these ticks and what they can do to the body. According to National Geographic:

IS IT ON THE RISE?

“Some patients have had to be given life support because their blood pressure is so low that they’re in eminent danger of dying,” said Stone, who has treated those suffering a reaction.

“Most patients don’t know what they have,” he explained. It often takes repeated allergic reactions for people to link their diet to their outbreak. Repeated exposure to tick bites can also worsen the severity of a reaction. Those who developed more Alpha-Gal antibodies from more exposure to ticks saw the most serious symptoms.

The allergy so far has treatments for side effects but no cure or vaccine.

Originally found primarily in the southeastern U.S., the disease may become more common in farther north and western regions that experience warming temperatures. Cases of the tick-borne illness have been popping up as far north as Long Island, New York, and as far west as Minnesota.

The Centers for Disease Control do not log cases of Alpha-Gal allergy syndrome, so most reports of the disease’s rise are anecdotal.

“Five years ago, we probably had about 50 or so patients that had Alpha-Gal [syndrome]. Now we have about 200,” said Stone. However, until cases were first identified in the past decade, little to none was known about the origin of this meat allergy.

“The awareness of Alpha-Gal has grown,” noted Stone. “It’s also possible that because allergies in general are going up, reactions to Alpha-Gal are increasing.”

Studies have documented that warming temperatures have led to an increase in plant-based allergies from allergens like pollen.

Stone believes advancements in hygiene have led to a weakening of some of the natural immunity we develop to fight allergies.

In an interview with USA Today, Purvi Parikh from the Allergy and Asthma Network warned that as the climate has warmed, ticks have begun to spread their territory farther north.

Regardless, humans come into contact with ticks more frequently during warmer weather, and Stone recommends warding off Alpha-Gal in the same way other tick-borne illnesses are prevented: use insect repellent, pretreat clothes, and avoid high grass and shrubbery.

Easy Ways To Prevent It

Thankfully, there are things you can do to increase your chances of not getting bitten by the Lone Star tick (or any other tick for that matter). Here’s some helpful tips from Medline Plus on how to prevent tick bites:

Prevention is a top priority

Maliha Ilias, Ph.D., Lyme Disease Research Program Officer in NIAID’s Division of Microbiology and Infectious Diseases, said it is important to prevent ticks from coming into contact with your skin.

Dr. Ilias discussed that there are ways to prevent exposure to ticks. She noted that the best way to do this is wear clothing that covers your arms and legs; tuck your pants into your socks or even put tape around openings in clothing so ticks have no access; and wear light-colored clothing to also help you see if a tick is on you. When you are in the woods, keep to the center of the trail, where ticks are less likely to be (ticks tend to stay in shrubs and bushes).

As soon as you are home, check yourself or have a family member help check you for ticks. Use a fine-tooth comb through your hair and check folds of the skin. You should also shower and wash your clothes at a high heat so any ticks on you are killed.

If you do find a tick on yourself or a family member, be sure to stay calm.

“I think the most important thing for folks to know is that if they find the tick on themselves, don’t panic,” Dr. Ilias said, noting that it typically takes 36 hours for the bacteria that causes Lyme diseases to travel from the tick gut to its salivary glands and into the host.

It is also important to remove the tick properly. “There is a lot of folklore about how to take a tick out of your skin. Some people even talk about having a lighted cigarette close by, things like that,” Dr. Ribeiro said. “The most important thing is just to use appropriate forceps such as tweezers. Grab the whole tick and pull it out.”

Saliva is a tick’s best friend

A tick’s saliva (or spit) is important in its ability to feed. A combination of compounds in a tick’s saliva stops human blood from clotting while the tick feeds.

“What we’re seeing now is ticks change the composition of their saliva every few days. So the cocktail that they’re showing on Monday will be completely different from the cocktail that will be showing up on Friday,” Dr. Ribeiro said.

Researchers at the National Institutes of Health are studying the saliva of arthropods to see if there is a way to create a vaccine that will affect the saliva. A current study is looking at a vaccine that works against the saliva of sand flies, so the parasite cannot establish itself at the site of the initial bite. This sort of vaccine will be harder to develop for ticks, as the tick is constantly changing the composition of its saliva.

The sooner you remove a tick, the better. It takes time for infections to reach a person’s blood stream, especially Lyme disease. A tick needs to remain attached for 36 hours before Lyme disease can be transmitted, so remove any ticks as quickly as you can.

However, you may not always know if you’ve been bitten by a tick, and therefore won’t know to keep an eye out for symptoms of tick borne disease.

Looking forward, Dr. Ilias noted the importance of a sensitive and specific diagnostic test for Lyme disease, particularly to detect it early. She added that Lyme disease can be effectively treated if it is diagnosed early.

Tick borne diseases occur worldwide, including in your own backyard. To help protect yourself and your family, you should: