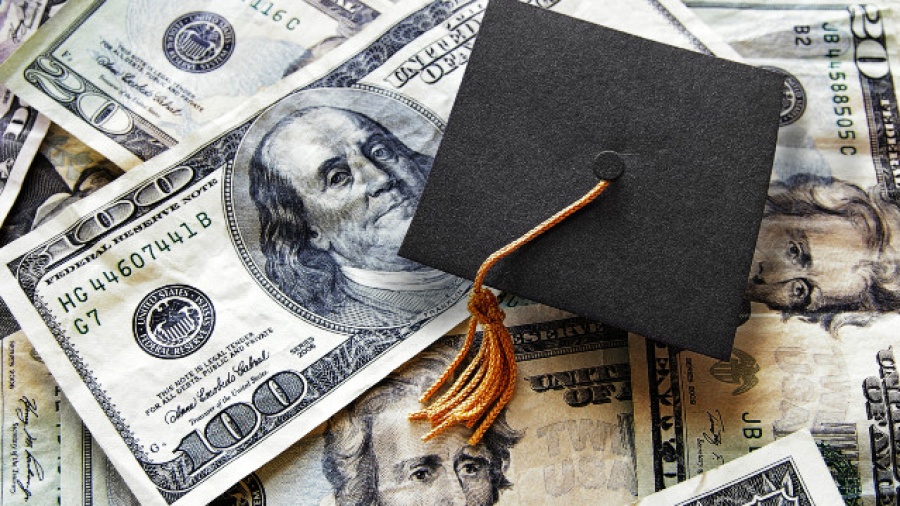 A brand-new report that has been released by the Daily Caller News Foundation on Tuesday has revealed that a large number of Democratic lawmakers who are all about canceling student debt actually owe quite a bit of cash on their student loans.

The analysis, completed by investigative reporter Gabe Kaminsky, discovered that there are 13 Democratic members of Congress who have been supportive of some kind of cancellation policy for student loan debt owe a total of $1.5 million in loans themselves.

However, keep in mind that members of the House earn a yearly salary of $174,000 which is far higher than the average American makes in a 12-month period.

The Daily Wire is reporting that Democratic Rep. Alexandria Ocasio-Cortez of New York owes $50,000, according to information gleaned from financial disclosures, which also reveals that at the end of last year she owes $17,000.

“I’m 32 years old now,” the New York Democrat remarked. “I have over $17,000 in student loan debt, and I didn’t go to graduate school because I knew that getting another degree would drown me in debt that I would never be able to surpass. This is unacceptable.”

Other disclosures show that another member of the infamous “Squad,” Rep. Rashida Tlaib, a Democrat from Michigan, owes up to $100,000 and said last year that she owes $70,000.

Here are more details from the Daily Wire report:

The spouse of Rep. Grace Meng (D-NY) owes up to $250,000, according to disclosures from last year. The lawmaker praised President Joe Biden in April for “extending the student loan moratorium” first established by President Donald Trump in early 2020 yet affirmed that the nation must cancel student debt altogether “in order for our country to thrive.”

A similar analysis from Business Insider released earlier this year found that 44 members of Congress listed student debt on their financial disclosures — reflecting 8% of the combined 535 members of the Senate and House of Representatives. Just over half of the legislators had reported their own student loans, while the rest had reported a spouse’s debt or an obligation co-signed on behalf of a child.

Democratic officials have been debating over the past several months about the possibility of issuing widespread student debt cancellation. The Biden administration is reportedly considering a plan to cancel $10,000 in loans per borrower after making a similar promise on the campaign trail, while Senate Majority Leader Chuck Schumer (D-NY) has argued that “all President Biden has to do is flick his pen” and erase up to $50,000 per borrower.

Just a few weeks back, Schumer denounced the idea that student loans are “not a problem that concerns the wealthy or the Ivy League,” going on to argue “all of these fat cats, and people who never want to see help for working people and poor people come up with these myths” despite the fact that almost a third of the student debt in this country is owed by the wealthiest 20 percent of household and 8 percent is owned by the bottom 20 percent, according to information in a report from the Brookings Institution.

Speaker of the House Nancy Pelosi, a very wealthy Democrat from California, flat out rejected the notion that President Biden can simply, all by himself, cancel student loan debt, or that canceling the debt is a good idea in the first place.

“Suppose,” the Speaker said, “your child at this time does not want to go to college, but you’re paying taxes to forgive someone else’s obligation. You may not be happy about that.”

As of this writing, President Biden has managed to wipe out close to $26 billion in student loans, particularly for students who attend for-profit institutions that have closed down.

At the end of the day, college is not a necessity. It’s a choice. No one has to go to college in order to be successful. There are plenty of trade jobs available right now, and while they might be hard work, those that apply themselves to doing their trade will end up making a ridiculous amount of money. These kinds of jobs, like plumbers and electricians, are far more lucrative than white collar jobs at this point.

And, of course, there’s the fact that the market is now being flooded with individuals who have degrees, making competition for jobs even tougher than it already was. And yet people keep participating in the endless cycle. This is why the education bubble is soon going to burst.

Source
New Report Reveals Inconvenient Truth About Dems Who Want To Cancel Student Debt is written by michael for trendingpolitics.com