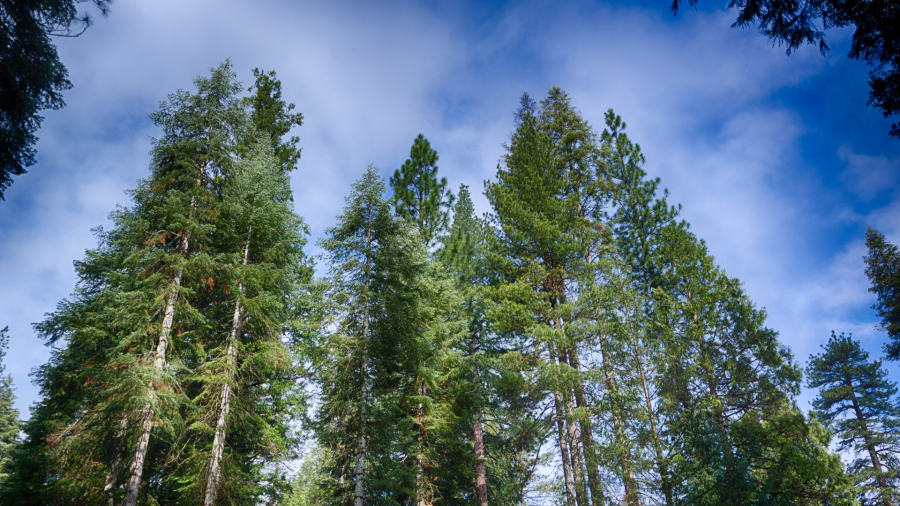 There’s a ton of natural survival food that’s getting a lot of attention. However, there’s very few foods that are more “natural” than what I’m about to show you.

Think about it. When SHTF and it’s TEOTWAWKI, everyone’s going to be grabbing for the same types of food. I’m talking about things like bread, meats, eggs…you get the picture. Pretty soon, the grocery store shelves will be completely barren. And after that, families will have to fend for themselves. It’s not a pretty picture.

When this emergency situation occurs, it’ll be more important than ever before to be able to opt for natural survival foods. To be more specific, I’m talking about foods that live in nature.

By focusing your efforts on learning about what’s edible, you can step out of your backyard and find food almost anywhere. This is an excellent option, since you won’t have to pay for any of it like you’ll have to in a grocery store. Better yet, most people will be so busy thinking about scavenging the grocery store aisles that they won’t even consider the foods found in the great outdoors.

Now don’t get me wrong – I’m not saying you shouldn’t stock up on survival food, or should stop going to the grocery store. That would be silly (and ineffective) for your chances at survival. However, by being knowledgable about what natural survival food is out there, you’re more likely to stay fed.

And there’s one natural survival food I’m especially happy to bring your attention to. And that’s…

Many of you will be surprised to know that tree bark is an edible, natural survival food! Now although this may seem like a food better left to spiders and other creepy crawlies, hear me out. It’s more than likely you’ve been eating tree bark your entire life!

For example, do you enjoy eating apple pies? How about cinnamon pastries? Well, if so, these are more than likely dusted with natural cinnamon. And, as some of you know, cinnamon is actually bark from the Cinnamomum tree.

Cinnamon isn’t the only type of edible bark, either. Scots pine has fed people for generations, as has birch bark. In fact, the combination of birch bark and flour fed people after World War I. This was to add longevity to the rations.

Now keep in mind that most edible bark is not on the outside of the tree. For example, edible pine bark layers are under the first few outer layers. This is where water and nutrients funnel through the tree. This process lends itself to a tender, great tasting food that’s chock-full of nutrients.

Now the question is: How do you get to that inner, tender bark? One of the best ways is to scrape away at the outer layers using a sharp tool, such as a survival knife. According to Off The Grid News, “The layer clinging to the tough inner wood is the softest and juiciest as it has the phloem, the food-carrying tissue. Take care to take only narrow vertical portions of bark from the trees. Removing a ring of bark can kill the mightiest of trees, as it cuts off the food and water transport between the roots and the rest of the tree.”

If you’re still skeptical, I invite you to watch the video below of a man eating bark straight from a Pine tree.

Now the question on many preppers’ minds is, “What all can I do with tree bark?” After all, you want the resources you have to be sustainable, as well as multi-use. Here’s some tips from Off The Grid News that’ll help:

For a quick refreshing snack, the cambium tissue can be eaten raw. It would be some exercise for the jaws, and you’ll probably have to spit out the stringy remains after all the juices have been eked out. Eating raw bark may not provide you sufficient sustenance unless you have other food items to go with it.

If you have a pot of water boiling over a fire, shred the soft bark into thin strips and add them in. It removes the pitch flavor to some extent, and, if you have used only the softest of tissues, your thin soup will be full of slightly more satisfying bits to skim off with a twig to pacify a rumbling tummy.

Thin strips of the bark can be dry roasted to a light brown color for crunchy snack bites. They may be the nearest you can get to potato chips in some situations. They are said to taste one notch better when fried in a bit of oil or butter, but then you need to have it handy along with a frying pan.

Dry the bits of bark over the fire and pound it to a powder. If you’re fortunate enough to catch some wild game for roasting, the bark flour may add some extra nutrition to the meal.

All of us need survival skills in our kitty, because disaster often strikes unexpectedly. If you happen to come across freshly logged pine, it wouldn’t be a bad idea to practice your skills at peeling the outer bark and getting to the soft, light-colored inner bark. You can try chewing it raw; you may end up liking the slightly sweet taste in spite of the typical pine-pitch flavor.

Pine bark is not the only edible bark, but they are abundant and considered more or less safe. The bark of white birch can be eaten in the same way, or made into flour for making bread as the people in northern Europe did. These trees are easy to identify due to their characteristic bark color and design. The black birch, also called sweet birch, is another source of edible bark.

Slippery elm and spruce are other candidates, but you must learn to identify the trees correctly, as some contain deadly toxins. For example, all parts of yew trees – except the fleshy part of the fruit – are toxic, but the trees look very similar to spruce.

The next time you go camping near a wild spot, hone your skills at identifying trees and extracting edible bark.