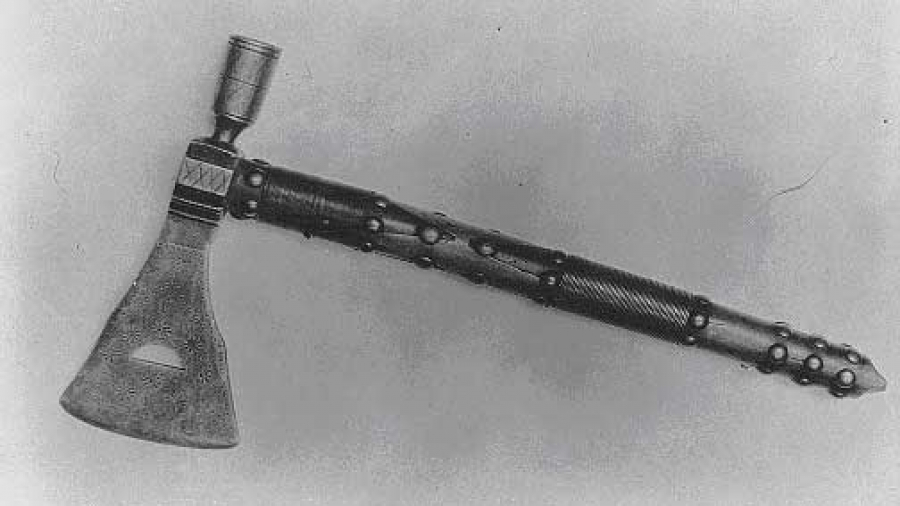 There are tons of Native American weapons that most of us aren’t even aware of (or have totally forgotten about).

This is a sad fact, since this means we’re having to do without the weaponry that was deemed incredibly effective for thousands of years. And, with our obsession with technology, the memories and information about these Native American weapons are getting dimmer and dimmer by the minute.

However, knowing how to make these Native American weapons could really help you in a crisis. With these, not only will you be able to defend yourself in case of an attack, but you can also use these to help you hunt down animals in order to keep yourself fed in an emergency.

Plus, your ability to make these items could seriously come in handy in a crisis. After all, once your fellow prepper’s weapon breaks, he/she will be left defenseless. However, YOU can fashion another weapon out of the natural resources around you to keep yourself prepared!

It’s not enough to just have a lot of preps when a crisis hits. You’ve also got to have the survival skills (like making weaponry) to keep you alive. That’s why it’s crucial you learn about these…

These are two of the most common Native American weapons. That’s because they were insanely useful for hunting, as well as for battle.

Now although the bow was popular among the tribes, many had their own unique style and method for building these weapons. As a result, many different types of feathers, wood, plants, and sinews (animal tendons) were used.

Some tribes used primarily longbows, while others preferred shorter bows (which were easier to use while riding on horseback). However, both options were very effective. They could even shoot one of these arrows through an entire buffalo!

Arrowheads were also incredibly diverse among the various tribes. Some tribes used arrowheads made out of bone or flint, while others made them from copper or hard stones. Some even left off the arrowhead altogether, and instead shaped the end of the arrow into an insanely sharp point.

Feathers from a variety of birds were also used by some tribes to help the arrows fly straight.

Throwing stars were an incredibly useful Native American weapon. They were designed to distract, disarm and harm an opponent. They were also handy for hunting.

Not only is this weapon relatively easy to make, but it’s also small enough to keep on your belt while gathering more food, water, and supplies for the evening.

Watch the video below to learn how to make your very own Apache throwing star:

Stone axes (or clubs) were popular Native American weapons for millennia, as they provided a blunt instrument to hunt with, as well as to use in self-defense. You wouldn’t want to get caught at the business end of one of these tools!

These bludgeons were also very popular, as they could be wielded with one arm.

There were a huge variety of stone axes and clubs used by the Native Americans. Some were very primitive looking, while others were much more detailed. However, they each served their purpose of

Watch the video below to see how one of the primitive axes was created:

When practiced with and used correctly, slings proved to be incredibly dangerous Native American weapons. By putting stones and other sharp materials into the pouch, the user could hurl these objects at great speed for long distances, making them an insanely deadly.

These are also one of the most difficult Native American weapons to master, as it takes a great amount of skill, precision and aim to make it truly effective. However, once you have it down, the ammo for this weapon is basically limitless.

Check out how to make your very own sling from this video:

Spears were incredibly useful Native American weapons. Not only were they very valuable for hunting, but they could also be used in battle. And, with the ability be used one-handed, this freed up the user to perform two tasks at once, such as riding a horse.

Much like other Native American weapons, spears were created in a variety of ways. Some were more ornate, while others were made more simply. However, no matter the design, they were incredibly deadly, and used often.

This is another weapon that will require lots of practice. However, your efforts will prove to be extremely helpful in a survival situation!

Here’s a tutorial on how to make your own survival spear in a crisis:

Now keep in mind this list doesn’t nearly comprise all the Native American weapons that have been used over the centuries. However, it should help you gain insight into the types of weapons you can make when stranded in the wilderness in an SHTF situation.

Remember, the more you practice making and using these Native American weapons, the more effective they will be in an emergency. Prepare Now, Survive Later!