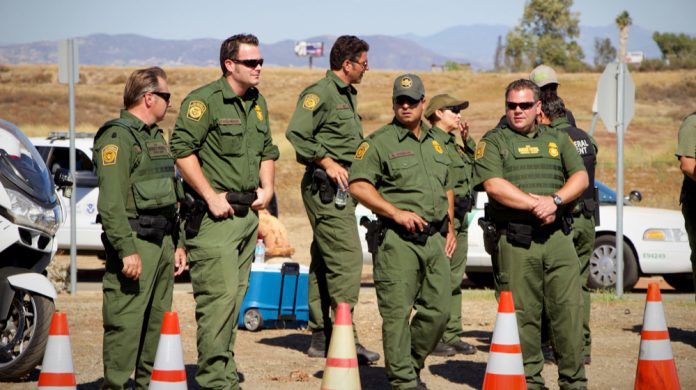 As a massive surge in border numbers is imminent, and with the looming end to Title 42’s implementation, the Border Patrol agents’ morale are said to be at an “all-time low.”

According to Brandon Judd, the head of the National Border Patrol Council, “The agents are upset. I’ve never seen agents so upset as I have under what is currently going on,” as reported by Fox News Digital.

“Extremely low,” one of the agents answered when asked about morale. “We are being mandated to work six days a week every other week and have been for the past few months. It is causing a strain physically as well as emotionally. Personally I am exhausted. I can deal with the work as it is but a 60-hour work week every other week is taking a toll.”

In March, over 220,000 encounters have been recorded, which is higher than any number recorded during the Biden administration so far. This number is also the highest in decades, and it is above the capacity that agents can handle.

At the moment, the majority of illegal migrants are being quickly sent back thanks to the Title 42 public health order. However, with the Biden administration planning to lift the order in May, many are expecting to see up to 18,000 migrant encounters per day in summer. This move has been slammed by Democrats and Republicans alike, who have told the current administration to delay ending the order.

The morale among Border Patrol agents has been low since the southern Border crisis started, with several agents talking to Fox News in the past year about the dissatisfaction they feel about getting pulled away from their duties to take care of immigrants and process them at facilities so that they can be let go into the country’s interior.

Although, now with the surge ongoing and the possible health risks that may come following the lifting of Title 42, Judd stated that it’s becoming worse.

“When you look at, first, how many agents are being pulled out of the field to do administrative duties, that’s one thing that’s really upsetting the agents, and then on top of that knowing that we’re going to have to face the health risk that we’ll be put under, having to hold people for a much longer period of time than we have in the past — yeah that’s putting an immense amount of stress and pressure on the agents and morale continues to go down,” he said.

According to an agent, “morale is still at an all-time low, for Border Patrol especially.” The agent also mentioned that it was more to the “lack of leadership and spine” from Border Patrol leaders instead of the fear they have of getting COVID.

Morale of Border Patrol agents has “NEVER BEEN LOWER” due to Biden’s out-of-control border crisis.

“They continue to happily support the reckless disregard for our established immigration laws and process,” the agent stated. “The numbers will continue to grow and the only thing BP Command staff is worried about is getting the aliens released as quick as possible. They are effectively opening both borders by demanding more agents sit behind a computer and process, that will get worse with more aliens invading and open our country up to more dangerous people.”

Additionally, the agent commented on the 23 or more people that Border Patrol encountered in 2021 who were included in the Terrorist Screening Database. The agent stated that they think it’s “a miniscule number of those that actually enter.”

“We cannot track those that want to evade us when we are babysitting the quitters and give ups,” the agent added.

Another agent agreed, saying: “I have no doubt there are more. Over half of shifts are processing and we are only able to field two to three agents to cover 50 miles of border. There is no telling what is getting through.”

Jud also revealed that they have witnessed significant attrition among staff memes and that fewer individuals are applying to join the agency in the last six or seven years, indicating that the agency’s image has been affected as well.

“When you look, we hired 200 less agents than what left the Patrol for retirement or resigned, so we weren’t able to keep up with attrition last year with hiring,” he said.

Jud blamed Democratic party members in D.C., including the president, specifically mentioning Biden’s repetition of a false claim that last year, in Del Rio, Border Patrol agents whipped migrants from Haiti. He also said that agents are under a lot of pressure when they are aware that they are overwhelmed and therefore are allowing migrants to get a pass.

“When you know that you’re just not doing a very good job because you’re not being given the resources or ability to do what you know will protect the American public, the morale just tanks. It tanks.”

The Homeland Security Department has acknowledged that there is low morale among agents. Sec. Alejandro Mayorkas has seen or has been a part of several tense conversations with agents. In one exchange in Yuma, one Border Patrol agent turned his back on Mayorkas after claiming that he’s not allowing agents to perform their jobs while another agent mentioned that the situation in Yuma was better when Trump was president as “everyone was doing their jobs.”

“I know the policies of this administration are not particularly popular with U.S. Customs and Border Protection, but that’s the reality, and let’s see what we can do within that framework,” Mayorkas said back then.

Recently, Mayorkas touted a pay rise and more hiring secured in a memo to Border Patrol agents. He said these are part of the president’s budget request.

“I know the budgets alone cannot adequately address all that you need to perform your work. Please know I recognize how challenging your work is and I will continue to fight for you,” he said.

Judd mentioned that the best way to address low morale was to secure the southern border and allow agents to do their jobs. However, he said he doubts the current administration will do this.

Reasons to Own an Air Fryer as a Prepper

Explainer: What you need to know about France’s presidential election

Big Tech is A Problem That Must Be Ended Now, Else...