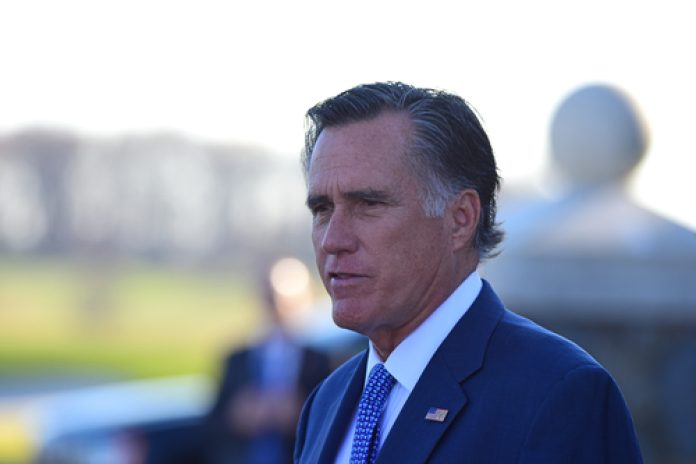 Ahead of the GOP primary elections for 2024, former nominee Mitt Romney shared his opinion on the potential candidates, including Wyoming Rep. Liz Cheney.

The Wyoming Republican recently openly considered a bid for the White House despite her recent loss to a Trump-backed opponent. Cheney, who has consistently criticized the former president, has yet to say whether she is running or not officially. However, she has teased that she is “thinking about” a potential run. The Wyoming Republican has said her ultimate goal is to prevent Trump from getting reelected to the White House.

She told NBC’s “Today” show, “I believe that Donald Trump continues to pose a very grave threat and risk to our republic. And I think that defeating him is going to require a broad and united front of Republicans, Democrats and Independents, and that’s what I intend to be a part of.”

Rep. Liz Cheney said she is considering running for president in 2024 — vowing that she will carry on her work to make sure Donald Trump doesn’t return to the presidency after her primary defeat.https://t.co/cgXG0m8xZt

Romney, who represents Utah in the U.S. Senate, has advised her against it as he says it is a terrible idea. On Thursday, the former nominee told the South Valley Chamber of Commerce in Sandy, Utah, that Cheney would not be the Republican nominee for the presidential seat.

With Sen. Mike Lee and Rep. John Curtis, Romney said, “I’m not going to encourage anyone to run for president. I’ve done that myself, and that’s something I’m not doing again. I don’t know if she really wants to do that. She would not become the nominee if she were to run. I can’t imagine that would occur.”

Romney had previously supported Cheney before her primaries and even told Business Insider he hoped she would win her primary. Romney and Cheney supported the impeachment efforts against Trump, who they claim was responsible for the Capitol riot on Jan. 6, 2021. They also pushed back on the unsubstantiated claims that the 2020 election was stolen.

However, he recognized that she wasn’t a worthy opponent against Trump, and it would be unwise of her to think otherwise. He said, “I recognize that in the time of Trump that may not be possible.” He also admitted that Trump would have no trouble winning the VOP primary nomination for the presidential seat. The only exception might be if the former president decides not to run again.

Romney also told the media that he believes his party will have “more voices than one at some point. But right now one voice, and that’s President Trump’s voice, is the loudest and the strongest and bucking him is something people will do at their peril.”

He added, “I don’t think someone who is seen outside the Trump circle would have any realistic chance of becoming the nominee in 2024, barring something I can’t foresee at this stage. If he doesn’t run again, I think it’ll be people who either were supporters of his or people who didn’t say much about him and then would be open to become the nominee.”

Moving Into A New Home