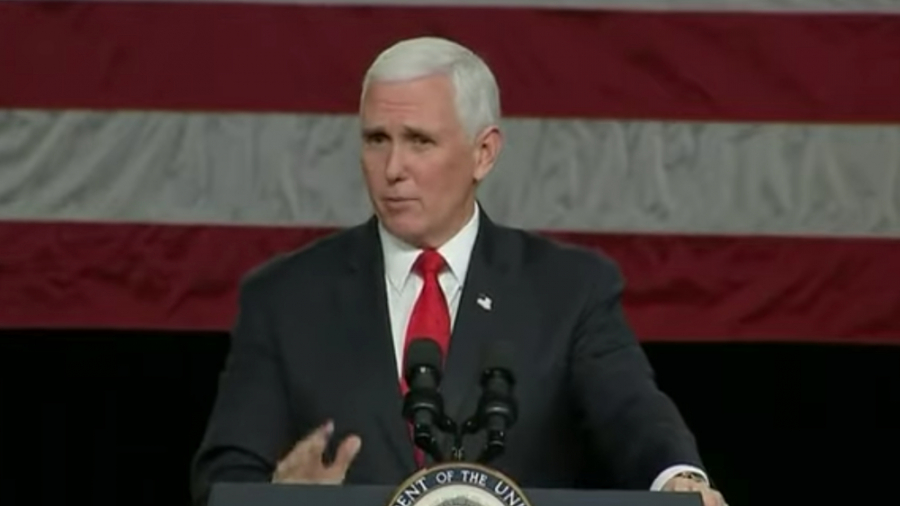 For whatever reason, “Milquetoast Mike” Pence, the thoroughly unimpressive former Vice President, still thinks he has a chance of running and winning in 2024. Apparently, he never got the memo that the MAGA base isn’t a fan of him ever since his 2020 prevarication.

Well, he’s back at it, releasing a 28-page whopper of a pre-campaign announcement document he’s calling the “Freedom Agenda”, a document released through his advocacy organization, Advancing American Freedom.

It’s blandly conservative in tone, calling for many of the things that made Trump popular, an example being completing the border wall, but lacks the vigor and tone that made Trump’s agenda so popular; it wasn’t just that Trump wanted to build a wall and stop illegal immigration, but that the way he pressed for it was hilarious and invigorating.

Full of buzzwords, the agenda is like Karl Rove met Donald Trump, a mix of vaguely populist keywords with all the inspiration of a DC careerist (not much).

For example, a section on Vladimir Putin’s Russia says that Putin “undermines freedom and democracy at home and abroad, while jeopardizing stability by threatening the sovereignty of Russia’s neighbors.”

Perhaps. But does the guy whose factory was closed by the same big money corporatists donating to Pence’s campaign give a damn about “the sovereignty of Russia’s neighbors.” I bet they care more than a bit more about the woke leftist radicals propagandizing to their kids.

Pence, as if attempting to exemplify the buzzword bingo that his campaign will be, spoke to Fox before releasing the agenda, saying:

“Elections are about the future, and frankly the opposition would love nothing more for conservatives to talk about the past or to talk of the mess they’ve made of the present, but I think it’s of equal importance we focus on where conservatives at every level, whether it’s the active citizen or whether it be people in public life, can carry the country.

“And I think by relentlessly focusing on the future we can stop the radical left, we can turn this country around, we can win the Congress and state houses back in 2022, and we can win back America in 2024 and beyond.”

Looks like someone just learned the phrase “the future.” Next up is “middle-class”. Perhaps “American Dream” will make an appearance at some point along with voluminous use of words like “freedom” and “liberty.” The “Freedom Agenda” from “Advancing American Freedom” wasn’t enough, the guy who ratted out his frat for throwing a kegger needs to make his love of liberty all the clearer!

And therein lies Milquetoast Mike’s problem. Not only is he as bland as a piece of unbuttered whole-wheat toast, but his populist shtick lacks any authenticity. DeSantis is the tamer Trump. Mike is the Karl Rove that’s not connected to George Bush, the DC insider that showed his true colors in the waning days of the Trump Administration.

He might think he has a chance, but that thought is worth about as much as he is to the MAGA movement.

Source
Milquetoast Mike Pence Still Thinks He Has a 2024 Chance is written by Will for trendingpolitics.com