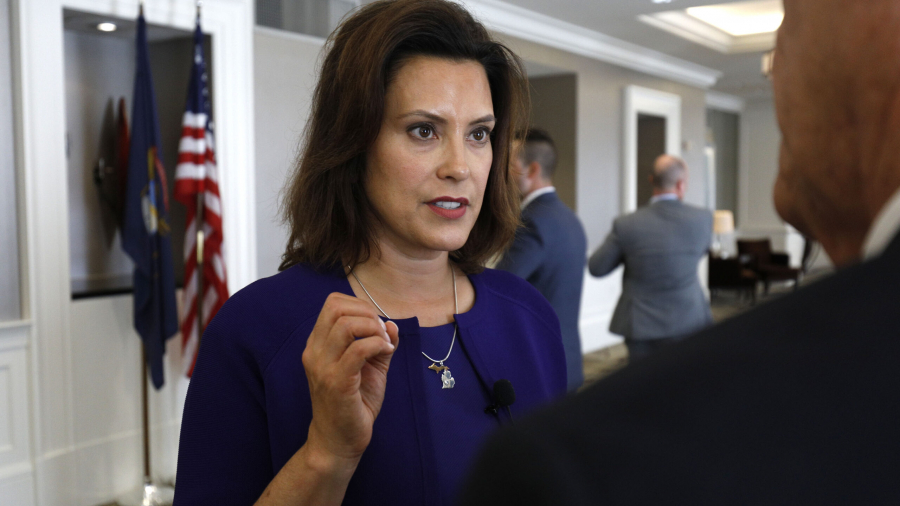 Tudor Dixon only won her massive GOP primary victory in Michigan on Monday in the race for governor, beating out the other three challengers by at least 19 percentage points, but she’s already making waves and delivering statements that are guaranteed to make liberals shake in their shoes.

While Dixon hasn’t actually said much since the victory — due to the fact she’s super focused on beating the socks of current Democratic Gov. Gretchen Whitmer in the general election come November — she knows that every single second counts in the meanwhile.

“I learned [in the primary] it’s not who has the most money, but who runs the best campaign,” Dixon went on to say during an interview with Newsmax on Wednesday evening, making an appearance on “Spicer & Co.” with hosts Sean Spicer and Lyndsay Keith.

“It was a tough primary, but we got through it,” Dixon, who worked as a political commentator before she decided to run for governor.

“At the end, the Democrats threw in another $2 million to go up against me. They had attack ads against me running over the last seven days [before primary day], and they still couldn’t beat me. So, here we are. We’re ready to go through and face Gretchen Whitmer [in November],” Dixon, who is backed by former President Donald Trump, went on to say, according to Newsmax.

Dixon then went on to acknowledge that Whitmer could end up being a rather formidable opponent she has to face off against come time for the general election, though not because of having such a great track record as governor, but because she has a massive war chest of $29 million.

And we all know how much of a role big money plays in elections and politics in general, despite the many laments of the Democrats who claim they want to get money out of the whole affair. They really don’t but saying they do makes them look good to brain dead liberals in their base.

“This is a national race,” Dixon stated, while also making references to the thousands of Michigan residents who are believers in her mission of “taking Michigan back” and giving it back to the people where it belongs.

She then said that Whitmer “nationalized the [gubernatorial] election when she campaigned for vice president [in 2020] during the middle of a pandemic, and [left] the people in the state with all her radical COVID laws, rules and regulations designed to stop us from moving [around].”

Dixon, who survived a battle with breast cancer and has four children, stated that her campaign has a “massive amount of people rallying” to supporter her, hoping that she’s the one who can unseat Whitmer when the general election rolls around.

“We want to make sure that Gretchen Whitmer never makes it to Washington,” said the GOP gubernatorial winner, making a reference to Whitmer’s future political aspirations.

“When comparing the current governor to her own political bent, Dixon claimed that Whitmer turned her back on Michigan residents during the coronavirus pandemic, by closing schools longer than necessary, placing major restrictions on citizens going from place to place and “crushing” businesses during the shop owners’ ultimate time of need,” the Newsmax report stated.

“We’re going to bring [Michigan] back by focusing on families and making sure this is the place where everyone wants to live, work and play,” said the former political commentator.

Let’s hope she pulls off a major upset and takes control of the highest office in the state, stripping the power away from Gretchen Whitmer, who made her true colors known during the beginning months of the coronavirus pandemic.