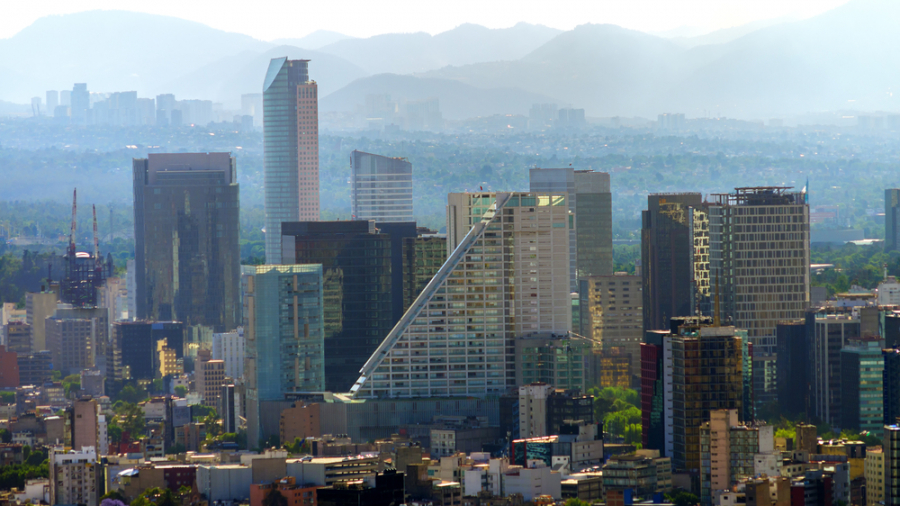 Our immigration policy is a mess. We all know this. Brandon has taken an improving situation and a partially constructed border wall handed to him by President Trump, and simply destroyed it.

Sections of wall material lay unused and unfinished, scores of illegals are showing up at the border with Biden t shirts on, and now even some of our larger cities are feeling the strain, thanks to Governors like Texas’ Greg Abbot. Abbot has hilariously been filling busses with fresh migrants and sending them to DC and New York. Brilliant!

What had Biden done about it? Nothing. Zero. Zilch. His “border czar” Kamala Harris hasn’t even visited the border. It’s a mess folks.

Have you ever heard the expression, “the shoes on the other foot”? Of course you have. Well, for Mexico City, the sandal is now on the other foot. Let’s decipher what I’m talking about via Fox News:

An influx of Californians and other Americans has made its way to Mexico City, angering some locals who say they are gentrifying the area, according to a report.

The Los Angeles Times report on Wednesday outlined how some Mexican locals are “fed up” with the growing number of Americans, many from California, moving to and visiting the country, which has contributed to a rise in rent and a shift from Spanish to English in some places.

“New to the city? Working remotely?” fliers popping up around Mexico City reportedly said. “You’re a f—ing plague and the locals f—ing hate you. Leave.”

Wow, I can’t believe they are upset! I mean, fair is fair, right? You can go to literally any city in America and find a completely Mexican portion of town. Grocery stores, restaurants, even the language. It’s just like being in Mexico. I guess. Never been to Mexico and no intention of going.

Folks, that’s a clear indication of how far Gavin Newsome and the left has driven California off the highway. That folks are willing to move to a place where even the mayor got murdered in her own bed a few years ago is unimaginable. No, thank you very much. I’ll take my chances with the Democrats.

The article outlines how Americans have brought a scent of “new-wave” imperialism as taquerias and corner stores have slowly transformed into coffee shops and Pilates studios.

English is also reportedly becoming more prevalent as more Americans are moving to and visiting Mexico City to take advantage of lower rent and the ability to stay in Mexico for six months without a visa.

“We’re the only brown people,” Fernando Bustos Gorozpe, a 38-year-old writer and university professor, told the Los Angeles Times. “We’re the only people speaking Spanish except the waiters.”

Gosh this all sounds familiar, doesn’t it? Ironically, I’ve seen corner stores in America become taquerias and Mexican grocery stores. I haven’t noticed any flyers however telling them to leave. Just free healthcare and government checks mostly, because America is, you know, racist.

There’s an article going around about Americans gentrifying Mexico City and it’s full of what i’d like to refer to as “americancore” pic.twitter.com/TWhbGmvuBb

“Mexico is classist and racist,” Bustos added. “People with white skin are given preference. Now, if a local wants to go to a restaurant or a club, they don’t just have to compete with rich, white Mexicans but with foreigners too.”

“There’s a distinction between people who want to learn about the place they are in and those who just like it because it’s cheap,” said 31-year-old Hugo Van der Merwe, a man who grew up in Florida and Namibia who has been working remotely in Mexico City. “I’ve met a number of people who don’t really care that they’re in Mexico, they just care that it’s cheap.”

It’s important to note that people are moving because of cost. Think about that. It has gotten so expensive to live in California that people are willing to pick up and move their entire lives to an inner city in what amounts to a third world country. That is insanity, especially considering how violent and dangerous Mexico is. It’s still better than California.

“We’re just seeing Americans flooding in,” Alexandra Demou, who runs the relocation company Welcome Home Mexico, said. “It’s people who maybe have their own business, or maybe they’re thinking of starting some consulting or freelance work. They don’t even know how long they’re going to stay. They’re completely picking up their entire lives and just moving down here.”

Lauren Rodwell, who moved to Mexico City from San Francisco’s Mission neighborhood, says she is sensitive to the gentrification issue but doesn’t feel guilty as a black woman.

“I kind of feel like, as a person of color from America, I’m so economically disadvantaged that wherever I go and experience some advantage or equity, I take it,” Rodwell said, adding that “being black in America” is exhausting and “it’s nice to take a break from it.”

I’m sure many will agree with me when I say Mexico can have Lauren Rodwell forever, thank you. It’s so hard to be an economically disadvantaged black person in America, so she can stay there! Never mind America and American businesses bend so far over backward in the interest of equity and diversity that often black people are hired over similarly qualified white people. Nah, America is racist. She can take a break from being black by pushing up costs in Mexico City and making some of their people further economically disadvantaged.

So, how does it feel Mexico? Kinda sucks, right? It will be ok though. At least if these Americans want to come back, they can just walk back through Brandons wide-open borders!

Source
Mexico City Big Mad at Influx of Americans. How’s It Feel? is written by robm for trendingpolitics.com