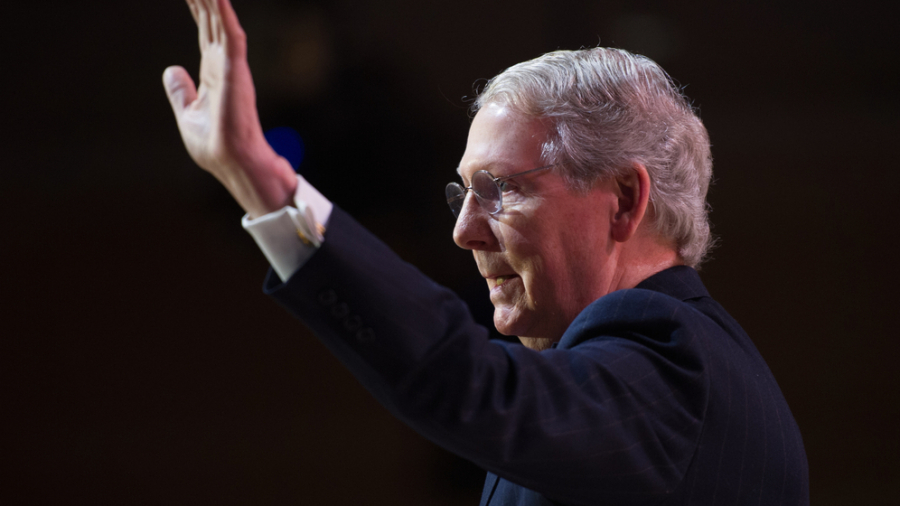 “After studying the nominee’s record and watching her performance this week, I cannot and will not support Judge Jackson for a lifetime appointment to the Supreme Court,” McConnell revealed from the Senate floor.

His remarks regarding Jackson’s nomination and why he opposes her appointment come after a slew of “soft on crime” questions asked by Republican Senate Judiciary Committee members.

“All I can say is that your view of how to deter child pornography is not my view,” said Sen. Lindsey Graham (R-S.C.) during one exchange. “I think you’re doing it wrong. And every judge who does what you’re doing is making it easier for the children to be exploited.”

Republican Sen. Josh Hawley from Missouri also questioned Jackson on Tuesday as he went on to scrutinize Jackson’s public record as it was related to sentencing decisions for child pron convictions.

At one point, the senator from Missouri brought up a case in which an 18-year-old was only sentenced to three months in prison despite having a large quantity of child pornography. Hayley read Jackson’s comments from the sentencing in this case, in which she expressed sympathy for the defendant and his family.

“This is something I really need your help understanding,” the senator said, reading Jackson’s words as she had concealed the family of the defendant. She had also said during the sentencing that she is “sorry for the anguish this has caused” them. Jackson also mentioned that she thinks sex offenders are “truly shunned” in our society.

Meanwhile, Sen. Ted Cruz (R-Texas), showed a poster of eight child pornography cases in which he said Jackson sentenced the defendants with less jail time than what prosecutors and sentencing guidelines recommended. He then pressed on and asked why she seems to be consistently giving out lesser sentences on child pornography cases.

“Senator, no one case can stand in for a judge’s entire sentencing record,” Jackson said. “I’ve sentenced more than 100 people. You have eight or nine cases in that chart,” she added.

Cruz then went on to press Jackson for answers in connection to her sentencing decisions, which made Durbin intervene. Cruz then lashed out, accusing Durbin of filibustering on Jackson’s behalf.

This resulted in a lengthy and heated exchange between the two senators, delaying the hearing.

“I have never seen the chairman refuse to allow a witness to answer a question,” Cruz said to Durbin as the latter pounded the gavel. “You can bang it as loud as you want.”

“At some point, you have to follow the rules,” Durbin spat back in trying to restore order.

Meanwhile, several Democrats pushed back against their Republican colleagues’ “soft on crime” case. Sen. Dick Durbin (D-Ill.), who is the Judiciary Committee Chairman, said the Republicans only want to “showcase talking points for the November election.”

“You’ve made a mess of their stereotype,” the senator from Illinois told Jackson. “The endorsement of the Fraternal Order Police, the International Association of Chiefs of Police just doesn’t fit with their stereotype of a Harvard grad Black woman who is aspiring to the highest court in the land.”

Others, such as Sen. Cory Booker (D-N.K.,) acknowledged Jackson’s endorsement from the Fraternal Order of Police.

“You were endorsed by the largest organization of rank and file police officers,” he said.