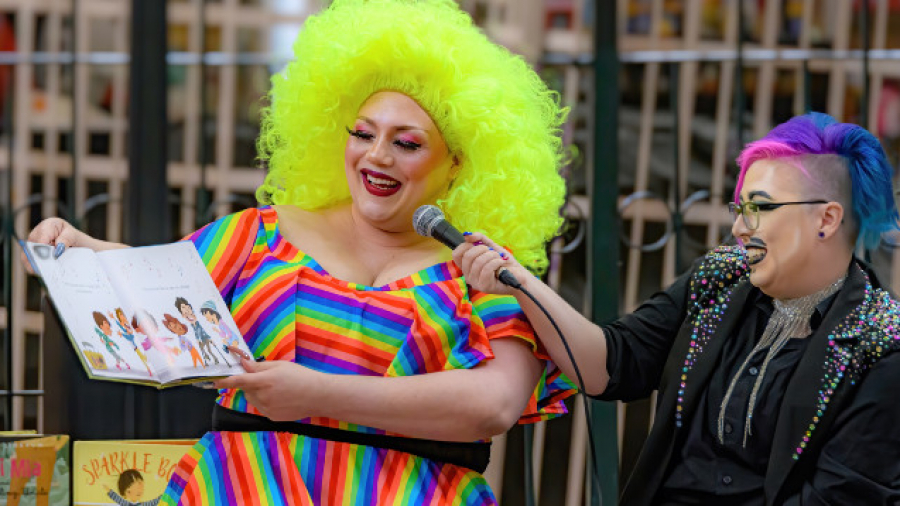 A threat from a New York City Councilwoman to yank funding for any public school that decides to host a “Drag Queen Story Hour” event did not sit well with New York City Mayor Eric Adams who responded by saying that drag queens are the ‘core to what our city embraces.’

Yes, you heard that right. Putting on a display of sexual deviance in front of the innocent eyes of children reflects the values of one of the country’s biggest and most influential cities.

There’s something deeply wrong with the minds and souls of those on the radical left. I swear it has a demonic origin. What other possible explanation could there be for approving of children so young being exposed to this stuff?

Guys, five-year-olds do not need to know anything about sexuality, especially something like drag queens.

“Drag storytellers, and the libraries and schools that support them, are advancing a love of diversity, personal expression, and literacy that is core to what our city embraces,” the mayor wrote on Twitter on Thursday.

This should immediately give you creepy vibes. What kind of a man would be okay with little children exposed to drag queens? If that doesn’t send chills up your spine, you’re not thinking deeply enough about this.

And what’s worse is a group that’s incorporated as “Drag Queen Story Hour NYC” has actually received a whopping $207,000 in taxpayer dollars since 2018 from both the city and state, according to a piece from the New York Post.

Councilwoman Vickie Paladino, a member of the GOP, recently spoke with the Post, stating she is “considering pulling funding to any school in my district that is implementing Drag Queen Story Hour.”

“We are taking hundreds of thousands of dollars out of the pockets of hardworking New York taxpayers … to fund a program teaching little children about their gender fluidity? Not. On. My. Watch,” she went on to say in the interview.

Paladino then posted a tweet last Thursday that said it’s “not ‘hate speech’ to say drag queens don’t belong in schools. I make zero apologies for that.”

Adams then stated in a tweet that at “a time when our LGBTQ+ communities are under increased attack across this country, we must use our education system to educate.”

“The goal is not only for our children to be academically smart, but also emotionally intelligent,” the mayor continued.

And further showcasing the moral degeneration of the left, both inside and outside of Congress, House Speaker Nancy Pelosi recently made an appearance on RuPaul’s “Drag Race All Stars” show.

“My honor to be here, to say to all of you how we proud we are of you,” the House speaker stated during the program on June 13. “Thank you for the joy and beauty you bring to the world. Your freedom of expression of yourselves in drag is what America is all about.”

Sure, if you do it in your own home, bedroom, or a designated “adults only” location, you can do what you want. However, dressing in drag should not be done in a public school as part of indoctrinating children with beliefs about sexual identity and gender.

This used to be something that was common sense in the realm of morality. But the left has been so successful in moving the Overton Window on what things our culture finds acceptable that stuff we dare never dreamed of exposing children to decades ago is now considered completely normal.

And it shouldn’t be.

Source
Mayor Of NYC Reveals ‘Core To What Our City Embraces’ And It’s Disturbing is written by michael for trendingpolitics.com