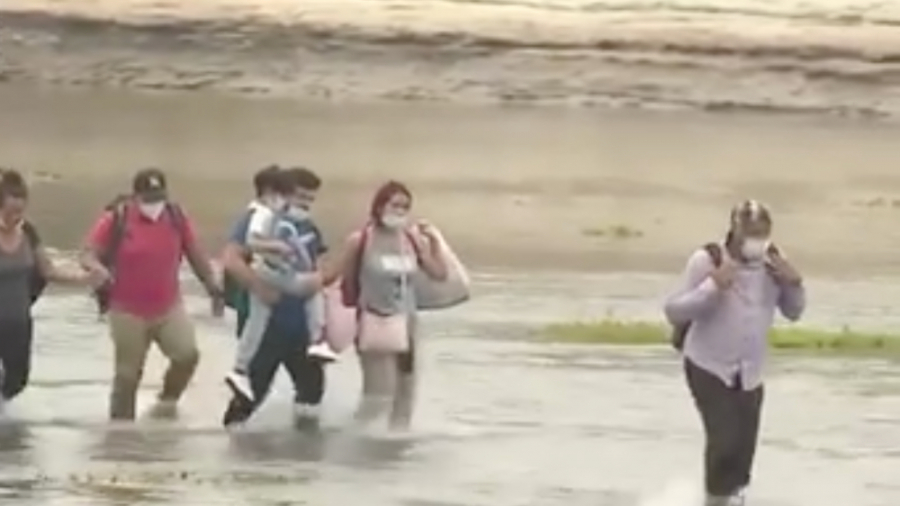 As if Biden’s border crisis wasn’t bad enough last year, when 2 million or more illegals waltzed across the border as bumbling Brandon did nothing, Team Biden looks poised to make it even worse.

A high-level source within the Department of Homeland Security says the agency set a tentative date of April 1, 2022, to end the emergency Centers for Disease Control and Prevention migrant expulsion authority, Title 42. The move, according to the source has the agency scrambling to deal with the mass migration event expected to hit the U.S./Mexico border as a result of the action.

The source told Breitbart Texas the Department of Homeland Security (DHS) is bracing for a wave of migrants to arrive at the southern border and is preparing to implement response plans that involve expanding capabilities to swiftly process and, in most cases, speed up releases of migrants into the United States on a scale never seen before.

Also, according to an ICE email that the Washington Post reviewed, ICE officials are planning on working with NGOs to release captured illegals into the American interior.

That’s liable to make what’s already a crisis even worse. As Breitbart reports, there are already tens of thousands of illegals being released into the US every month. In that outlet’s words:

If Title 42 is ended and ICE starts working with NGOs to start releasing more illegals, that problem is likely to get even worse.

While many Democrats have been busy lobbying Biden to end Title 42, a few are lobbying him to rethink the idea. Sen. Kyrsten Sinema and Sen. Mark Kelly have urged the administration to continue enforcing Title 42, saying:

“Given the impacts that changes to Title 42 could have on border communities, border security, and migrants, we urge your administration not to make any changes to Title 42 implementation until you are completely ready to execute and coordinate a comprehensive plan that ensures a secure, orderly, and humane process at the border.”

We’ll see if their arguments convince Biden. Based on the radical stance of his administration so far, that seems unlikely, so perhaps that “mass migration event” is coming.

Source
“Mass Migration Event” Might Be Coming to the Border is written by Will for trendingpolitics.com