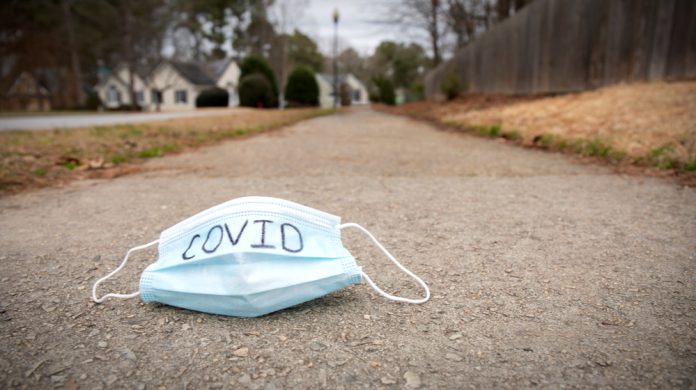 On Monday, a federal judge voided Pres. Joe Biden’s mask mandate for travelers in public transportation, including trains and airplanes.

The said mandate coming from the Centers for Disease Control and Prevention was enforced to people as young as 2 years old. It has been touted to expire multiple times already but was recently extended to May 3 prior to the ruling made on Monday.

The said ruling was made by U.S. District Court Judge Kathryn Kimball Mizelle, and it came in a case from a Florida federal court by Health Freedom Defense Fund, Inc. along with Ana Daza and Sara Pope, who are frequent air travelers, against the Biden Administration. The judge determined that the mask mandate violated the Administrative Procedure Act as it is outside the scope of the CDC’s authority. It was also “arbitrary” and “capricious,” and it didn’t go through the notice and comment period required for federal rulemaking.

Mizelle examined the section of the Public Health Services Act of 1944 which was used as the mandate’s basis. The law permits the CDC “to make and enforce such regulations” deemed “necessary to prevent the introduction, transmission, or spread of communicable diseases from foreign countries into the States[.]” To do so, the law also states that the CDC can use “inspection, fumigation disinfection sanitation, pest extermination, destruction of animals or articles found to be so infect or contaminated as to be sources of dangerous infection to human beings, and other measures[.]” The administration, the judge noted, has claimed that the mask mandate falls under “sanitation.”

The judge then said that one could consider “sanitation” as being an active way to clean or as a preventative action that would keep something from becoming dirty or infected. However, by examining the statutory language, the judge determined that it was the former.

“The context of [the statute] indicates that ‘sanitation’ and ‘other measures’ refer to measures that clean something, not ones that keep something clean,” Mizelle said. “Wearing a mask cleans nothing.”

Judge Mizelle then stated that the CDC’s reasoning was flawed since the sanitation power is only applicable to property and not people.

The said ruling also pushed back against the government’s defense that the CDC’s interpretation of the said statute needs to be given deference in line with the landmark case of Chevron, U.S.A. v. Natural Resources Defense Council. The judge stated that Chevron only applies “‘when the devices of judicial construction have been tried and found to yield no clear sense of congressional intent.'”

“A court may not rest on Chevron to avoid rigorous statutory analysis,” the judge said, also noting that the said law “is not ambiguous.”

Also, the judge ruled that the CDC managed to avoid the standard notice and comment process for rulemaking. She also said that the exceptions the government invoked for the said rule did not apply. The Biden administration said that the mandate wasn’t a “rule” in the sense that it required notice and comment. The current administration also said that it qualified for the “good cause exception.” The judge then rejected both arguments, saying that the only reason the Biden administration gave for a good cause was the coronavirus pandemic without getting into the specifics.

“The CDC’s failure to explain its reasoning is particularly problematic here. At the time when the CDC issued the Mandate, the COVID-19 pandemic had been ongoing for almost a year and COVID-19 case numbers were decreasing,” she wrote. “This timing undercuts the CDC’s suggestion that its action was so urgent that a thirty-day comment period was contrary to the public interest.”

NEW: United tells employees the mask mandate remains in effect as the airline awaits further information from the federal government. Obviously subject to change as more info comes in. From the employee intranet: pic.twitter.com/noKd0jma8T

Right after the announcement, United Airlines told employees that the said mandate will still be in effect until they receive guidance from the federal government on what steps to take next.

It remains to be seen if the Biden administration will appeal the decision.

Illegal Fishing Hacks That Work In A Crisis