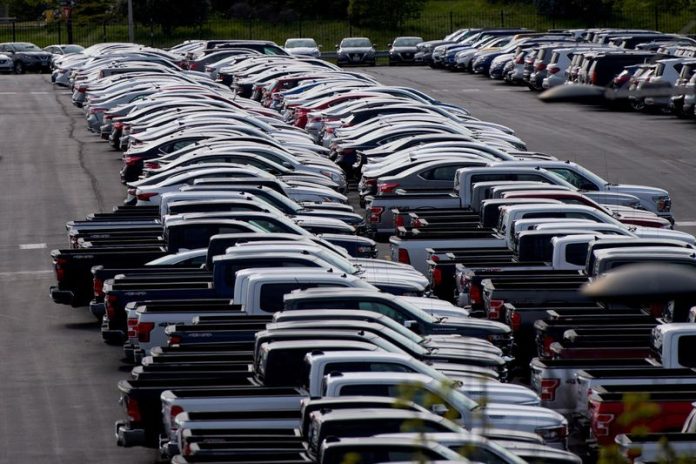 Supply bottlenecks were showing signs of easing in recent months, but that progress is likely to be stalled by Russia’s invasion of Ukraine as well as new lockdowns in China following a resurgence in COVID-19 infections.

“This year, with fewer than 900,000 units in inventory, it will be impossible for the sale pace to even approach last year’s level,” said Thomas King, president of the data and analytics division at J.D. Powers.

U.S. retail sales of new vehicles could fall 27.8% to 1,044,500 units in March from a year earlier, according to a report released by the consultants on Wednesday.

The consultants expect global vehicle sales in March to suffer from the added effect of the war in Ukraine and an increase in inflationary pressure on consumers worldwide.

Total new-vehicle U.S. sales for the month, including retail and non-retail transactions, are expected to reach 1,188,300 units, a 28.9% decrease from last year, the report showed.

With supply still lagging behind demand, the U.S. average of new-vehicle retail transaction price in March is expected to rise 17.4% to $43,737, dropping from the previous high in December 2021 at $45,283.

The seasonally adjusted annualized rate for total new-vehicle sales is expected to be 12.7 million units, down 5.1 million units from 2021.

Separately, research firm Cox Automotive said earlier this month that there is no indication that inventories will notably improve in March, and that the seasonally adjusted annual rate will drop well below January and February.

(Reporting by Kannaki Deka in Bengaluru; Editing by Shinjini Ganguli)