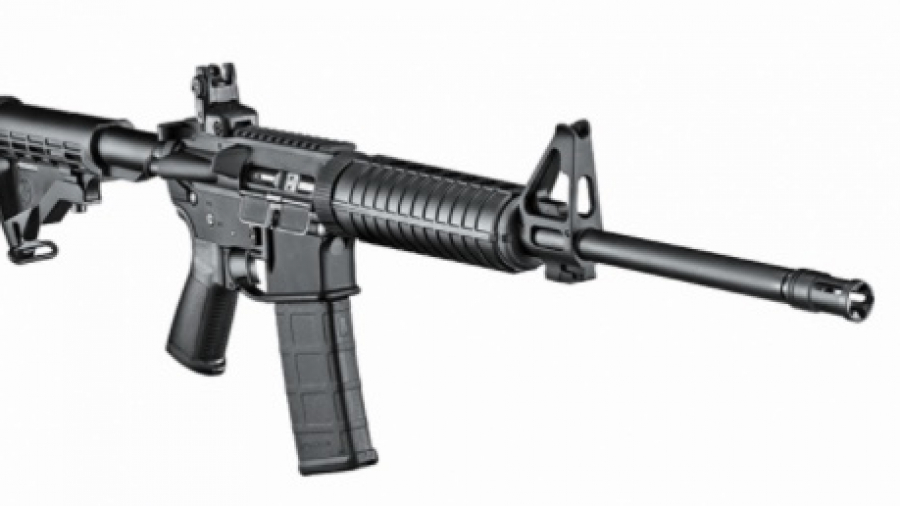 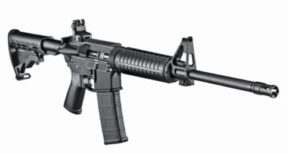 I would imagine over the past few years you’ve heard a lot about the ‘untraceable AR-15.”

If you love guns and don’t trust the government then I highly recommend owning one.

Even with Trump in office (attacks on gun rights are only going to get worse in the coming years).

In this post I’ll show exactly what an AR-15 is and how you can get one.

The truth is, I can’t imagine a better way to get 100% prepared.

The simple fact is guns are one of the most important survival tools you could ever own. In my opinion, guns are second only to owning food, water, and some sort of protection from the elements.

But as you know, and depending on where you live, getting a gun isn’t the simplest thing in the world.

Which is why I’m going to show you the simple, DIY way to build an untraceable AR-15 from the comfort of your home.

Get the FREE DVD – All the steps you need to build an Untraceable AR-15 are right here. 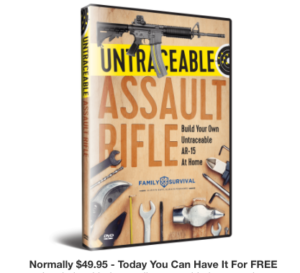 So, What Exactly Is An Untraceable AR-15?

The biggest difference is they’re made without a serial number. And that means the government has absolutely no way of tracking them.

Our government is really weird when it comes to regulating guns. The ATF only considers the lower receiver portion of the gun the actual weapon. This is why you can buy all kinds of gun accessories like barrels, stocks, sights, handles, etc. without any kind of ID or federal background check.

However, the ATF won’t let you buy the lower portion without a hassle.

According to the ATF the receiver (the part accepting the hammer, bolt or breechblock, and firing mechanism, and which is usually threaded at its forward portion to receive the barrel) is the weaponized part.

Honestly, we should be thankful the government classifies this part of the gun the weapon portion.

Odd to think, but here’s why.

Fact: The Government’s Actually Helping You Hide Your Gun

But because they’re weird like that, it opens up the door for you to build an untraceable gun.

Your Free Gift – The simple steps to building your untraceable AR-15.

Let’s just say you wanted to buy a full on AR-15 from a gun shop today. If you did, you’d have to register, do background checks and all that stuff to get the gun.

Well if you wanted to complete the gun you’d still have to register and all that stuff to get the receiver.

That’s because in most cases when you buy a receiver from a shop you’re getting a complete receiver. Meaning it will hook up to a barrel, a handle, and a stock and it will fire immediately.

Now thanks to the ATF’s obsession with regulating the receiver they’ve left a way for you to build an untraceable AR-15.

An untraceable AR-15 is simply an 80% complete lower. And you can buy these receivers without a serial number. Since they won’t hook right up to all the other components and fire right away they’re not considered a weapon.

Only when you’ve hooked up the trigger and a few other components does it become a weapon.

And the best part about building these “ghost guns” is how easy it is to do.

It’s So Easy To Build An Untraceable AR-15

There are several beautiful parts about owning a gun the government will never be able to track.

The first is how inexpensive the 80% complete lower receivers are.

The other nice thing about building an untraceable AR-15 is how easy it is to do.

With just a few normal tools you can put your own “ghost gun” together. No special training required.

My good friend F made it so you can build your own untraceable AR-15 in the time it would take to watch a football game.

In his FREE DVD he’ll show you exactly how to build a gun you can legally hide from the government.

This FREE DVD is incredible.

On the DVD Frank gives you everything you’d ever need to know:

I recommend this to anyone and everyone who loves guns.

Your DVD and FREE bonus is waiting for you. Just click here and confirm your address.