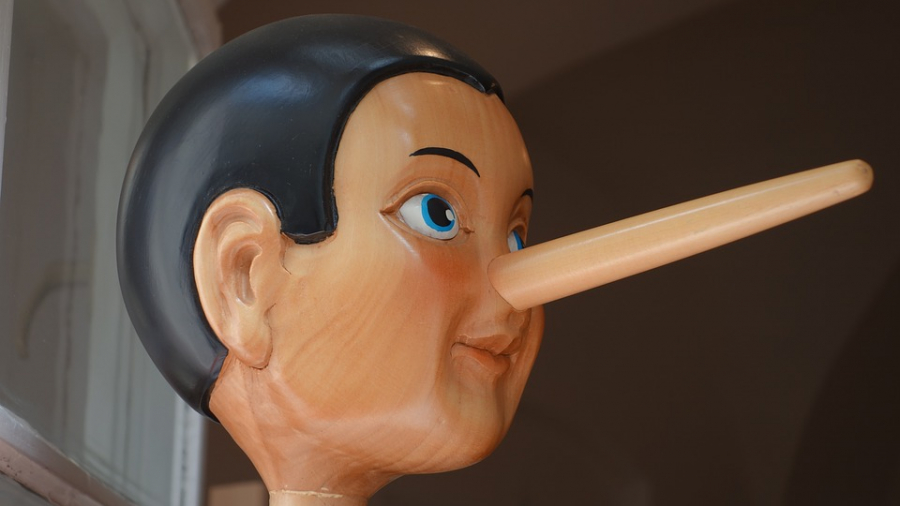 Liars will often keep their palms facing upward when talking to you. Research shows that when the listener can see their palms, this is an unconscious sign that the speaker is being open and trustworthy.

This is actually a sales tactic that salesmen and public speakers use to get their audience to trust them. And, if the person knows they’re lying, they may purposefully do this to try to convince you they’re telling the truth.

If you’re asking a simple question, a liar will have the tendency to give lengthy answers, and elaborate on details. Or they may repeat the question (or ask you a different one) to stall for time.

Liars will often touch their face or scratch their body when they’re telling a lie. This can be meant as a distraction for the liar to take their attention away from the lie they’re telling.

For years, people in the military have been developing methods of figuring out if they’re dealing with an honest person or a liar. Here are some steps they go through to tell which is which:

If you can, get some background info on the person first. Talk to their friends and acquaintances, and check out their social media profiles. Find out basic information – such as where they work, how many kids they have, and where they grew up. This is stuff they’re not likely to lie about, and it’ll give you a good baseline.

Before talking to the person, prepare a list of easy questions to ask – things they’re not likely to lie about (such as the info you gathered in step one). Then when you’re asking them, be ready to study how the person reacts when they’re telling the truth. For instance, if you know where they went on spring break, talk to them about their trip. Study their posture, their facial expressions, everything.

Then slowly start asking more serious questions. Monitor their behavior closely, and see if there’s any changes (significant or subtle) in their behavior.

Now that you’ve seen them in action, you’ll want to ask them the same question a bunch of different ways, with different phrasing. Keep in mind you’re not looking for them to slip up on the information they tell you. Instead, you’re watching to see if they use the same phrasing over and over, as if they’ve been rehearsing their answers.

Take note of how quickly they respond, too. If you can ask a serious/complex question and they just dive right into their answer without thinking about it, that’s likely a sign they’re either not telling the truth or not telling you the whole story.

Since monitoring a liar’s actions depends so much on observation, it’s important to bring someone with you to keep an eye on their behavior. They’ll likely be able to notice certain cues you didn’t.

According to communications expert Jeff Hancock, there are 7 magic words you can tell someone to help ensure they don’t lie to you about something important. Watch this short video to discover what they are.