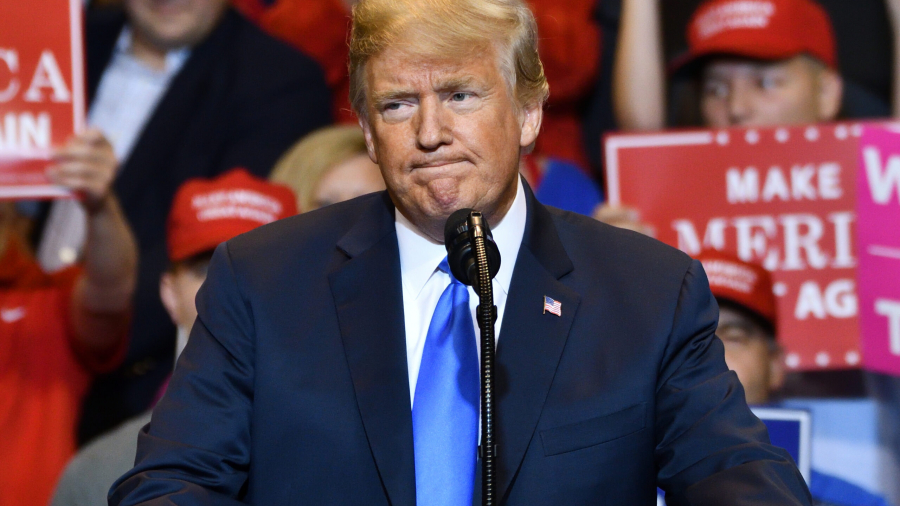 Former President Donald Trump is now facing a deposition from New York Attorney General Letitia James concerning a civil investigation into some of his family’s business practices, just two days after an FBI raid on his Mar-a-Lago residence in Florida.

The left is really going all out to try and bring any possible chance of Trump running for a second term to an end, aren’t they? Certainly, seems like they are terrified of him, doesn’t it? Why else would they be so desperate to try and shut him down?

It certainly isn’t because he is a threat to our republic. After all, he wasn’t the one in office who created laws and regulations that limited our liberty. That’s what Biden is doing though.

Also, the radical left is dying to investigate Trump, yet we have yet to see any fruit coming out of the probe into Hunter Biden. Something fishy about that too.

Here’s more from the Daily Wire:

Court documents from James’ office released earlier this year claimed that the Trump Organization has overstated the value of land donations in New York and California, misreported the size of Trump’s penthouse in Manhattan, and otherwise “used fraudulent or misleading asset valuations to obtain a host of economic benefits, including loans, insurance coverage, and tax deductions.”

A statement from President Trump, however, argued that the investigation is politically motivated and said that he chose to invoke his Fifth Amendment rights against self-incrimination in accordance with advice from his lawyers.

“What Letitia James has tried to do the last three years is a disgrace to the legal system, an affront to New York State taxpayers, and a violation of the solemn rights and protections afforded by the United States Constitution,” Trump stated on Wednesday, according to a report from Fox News. “I did nothing wrong, which is why, after five years of looking, the Federal, State and local governments, together with the Fake News Media, have found nothing.”

The deposition occurred two days after agents from the Federal Bureau of Investigation (FBI) raided Trump’s residence at Mar-a-Lago as part of a criminal investigation into national security information that the former commander-in-chief allegedly mishandled.

“These are dark times for our Nation, as my beautiful home, Mar-A-Lago in Palm Beach, Florida, is currently under siege, raided, and occupied by a large group of FBI agents,” Trump went on to say in a different statement. “After working and cooperating with the relevant Government agencies, this unannounced raid on my home was not necessary or appropriate.”

The bureau’s agents reportedly spent almost a whole day at Trump’s estate, popping around in plainclothes before they finally decided to execute the raid, all the while the Secret Service detail that is tasked with protecting the former president was notified concerning the raid a short time before it actually happened.

The agents conducting the raid walked out with a number of boxes of documents after searching through Trump’s office and safe.

Karine Jean-Pierre, White House Press Secretary, spoke with reporters, saying President Joe Biden has been “unequivocal” concerning his belief in the rule of law and has refused to provide a comment on “any ongoing investigations from here.”

Jean-Pierre went on to add that the White House “learned just like the American public did, yesterday,” before adding that “we did not have advanced notice of this activity.”

There have been a number of Republicans who have also made the case that Hunter Biden, who allegedly had a whole bunch of foreign deals thanks to his business of selling access to his then-vice president father, which could potentially pose a national security risk, and yet, as noted above, he’s still not be held to account by the rule of law.

If that’s not a clear example of living in a two-tiered justice system, I’m not sure what is.

Source
Look What Just Happened To Trump Two Days After FBI Raid is written by michael for trendingpolitics.com