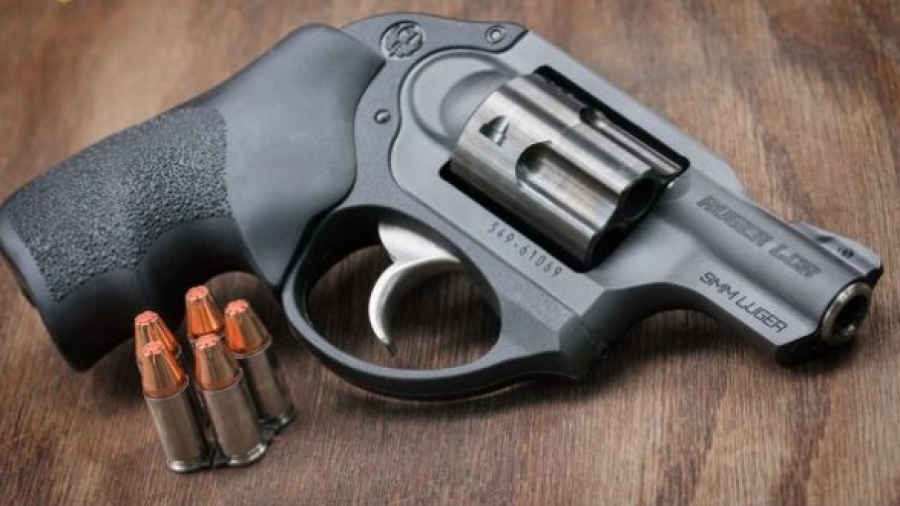 Hey, don’t you think cricket would be safer if players left their bats in the dressing room until the ball was hurtling towards them? Same as baseball. Wouldn’t it be more interesting if fielders kept their gloves off until they had to catch an approaching ball? I mean, why carry some extra weight that (is although essential) would leave your hand occupied and thus make you unable to high-five friends you run into?

Do these analogies sound odd and, perhaps, stupid? Well, that’s the logic behind carrying a firearm that’s unprepared to fire instantly.

The arguments against carrying a loaded gun can be appealing, though:

“I feel safer carrying an empty magazine as my pistol doesn’t use a manual safety system.”

“I don’t have to worry about an accidental discharge if my pistol hits the floor mistakenly.”

“Should I ever need to fire, I can swiftly load a bullet and take my shot.”

The arguments don’t end, I tell you, and they would have held water if you had a magic mirror that saw into the future before you left home.

Or if the scenario would go this way: “Oh, a bad guy is lurking around. He can’t see me, but I know I’ll have to shoot him in some seconds. I’ll quickly load my Glock and take him down.”

Well, that’s a pretty good one, albeit here’s a quick reality check: You do not have the privilege to know beforehand when you’ll have to pull the trigger.

We repeat: You do not have the privilege to know beforehand when you’ll have to pull the trigger.

You’re not the one to decide when or how the fight starts. You do not have the convenience to choose the time it will go wrong. The first indication you get of trouble might be a jab to the head, a bullet escaping you just by the whiskers or maybe the guy behind you in a queue at Dominoes screaming, “on the floor everybody or I’ll shoot!”

By default, you’ll be reacting to the actions of someone else. You’ll find yourself, with a stunning jolt, that you’re far behind the curve. The essential point to note here is that you never have sufficient time or the perfect opportunity to prepare you or your gun for an immediate reaction when in danger.

But is there the tiniest chance that you might see the impending danger early enough to prepare your weapon?

Yes, there is. Studies, however, show that this occurs just 5/100 times.

Should you place your life on the line for such a guarantee?

For an expert, racking the slide takes just tenths of a second. Some good news: I mean, that’s more than the time it takes you to blink twice. Spoiler alert: do a quick sum of how many tenths of seconds you’ve been left behind. It takes approximately a quarter of a second for the brain to identify and process a threat. If you’re a pro shooter, you could be able to draw and fire a concealed gun within 1.5–2 seconds.

Again, this sounds compelling except that you’re already several seconds behind the threat’s timeline as he or she must be following a plan painstakingly drafted for minutes or even hours. This simply means you might need more seconds. Now, I ask: “do you suppose it’s safe to add to the minimum response time when your life is hanging by a thread?”

Perhaps you were the coolest kid in high school or have won an award for being the calmest at work. Well, congratulations, but that may not matter much here. When the human mind is suddenly faced with the realization that death is only a trigger pull away, panic sets in instantly, and you can only watch helplessly as your coordination and Mr. Cool Guy facade tumble down the hill.

Racking the slide does not require as much skill as dancing like Michael Jackson, but in a state of intense confusion and fear, it may be extremely tricky to pull off.

If your firearm is concealed with a magazine inserted but no round in the chamber, you have to first rack the slide completely before it can be used. Do you have the time or ability to do that flawlessly?

Number of Hands You Have

Except you have four hands like the beastly character from Mortal Kombat, you may find it amazingly difficult to rack a slide during a sudden showdown, say a robbery? Except you’ve pioneered a new method, racking the slide requires two functioning hands. Can you afford that in the middle of the heat? One of your hands may be fighting off an attacker, holding or supporting a minor or opening or shutting a door, or anything: there are nearly a million possibilities.

If you will have the opportunity to use both hands, however, racking your slide may be much easier. But always remember: you do not get to decide these things.

95% of modern handguns are designed to be carried with a loaded chamber. You may call up your manufacturer to verify, but you’ll hardly find a modern defensive pistol without safety features that almost always prevent an accidental discharge. Check out the Springfield Armory XD-S, the SIG Sauer P229, or the Glock 17 or 19, and you’ll find that they all come with several safety measures. They can hardly be loaded immediately due to their mechanisms.