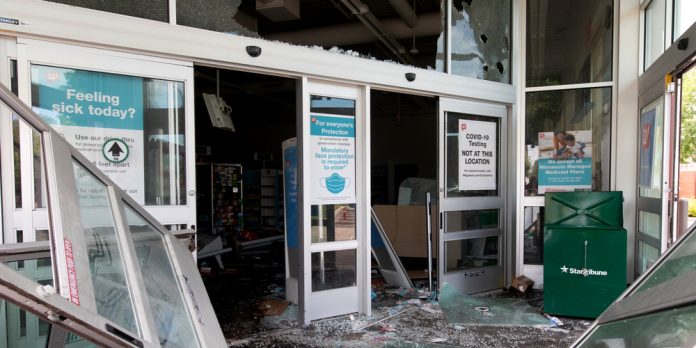 Within one week after the leaked draft opinion signaled the Supreme Court to reverse Roe v. Wade, vandals targeted at least five pro-life, crisis pregnancy centers (CPCs) in the country.

The draft judgment, which Politico reported on May 2, has provoked a surge of pro-choice protests across the country at the Supreme Court, the justices’ private residences, Catholic churches, and pro-life organizations.

Recently, vandals defaced a faith-based CPC in northern Virginia, writing “false clinic,” “liars,” and “abortion is a right” on the building. The event happened overnight Sunday or Monday morning at First Care Women’s Health in Manassas, according to the Manassas City Police Department.

Vandals damaged the Loreto House, a Catholic CPC in Denton, Texas, on Saturday. A women spotted on camera spray-painting “not a clinic” and “forced delivery is murder” on the facility is still being sought by police.

“It was not a surprise in some ways because I had contacted Denton PD a week before asking for additional patrols because we knew that this was coming,” Loreto House Executive Director Randy Bollig told FOX 4.

Loreto House in Denton was vandalized this weekend.
The pro-life pregnancy center helps women (and men) from their child's conception until age 3 with material goods, parent education, and emotional and spiritual support.
About their work with families:https://t.co/gV0QgHEcLi pic.twitter.com/mj2R0nSpIS

Vandals broke into the Southeast Portland Pregnancy Resource Center in Portland, Oregon on Thursday. The culprits are still being sought by police.

“Because of the nature of the crime, it is a federal offense, and we are working with the local police and FBI in whatever way we can,” the organization said on its website.

Pro-choice activists gathered in front of the Trotter House in Austin, Texas, on Tuesday evening, a day after the leaked opinion draft made news, and reportedly tore down the organization’s sign.

Protesters chanted “my body, my choice” in videos and photos sent on Twitter, and a giant white banner with the words “Trotter House” was hung on the front of the building.

Later, a Twitter account called “Stop The Sweeps ATX” shared photographs of the same banner crumpled in the middle of the street, as well as posters on the front of the building reading “I am not property” and other pro-choice sentiments.

Care Net Pregnancy Center of Frederick, a faith-based CPC in Maryland, was also vandalized on Tuesday.

Graffiti on the Care Net building read “not real clinic,” “stop forced motherhood,” and “go to PP instead,” referencing Planned Parenthood, according to photos posted on Twitter.

The White House has supported people’s right to protest on numerous occasions, but has denounced any violence or vandalism related to the protests. “Protests must be nonviolent and free of violence, vandalism, or intimidation, all of which President Biden condemns in any event,” a White House official told Fox News on Monday.