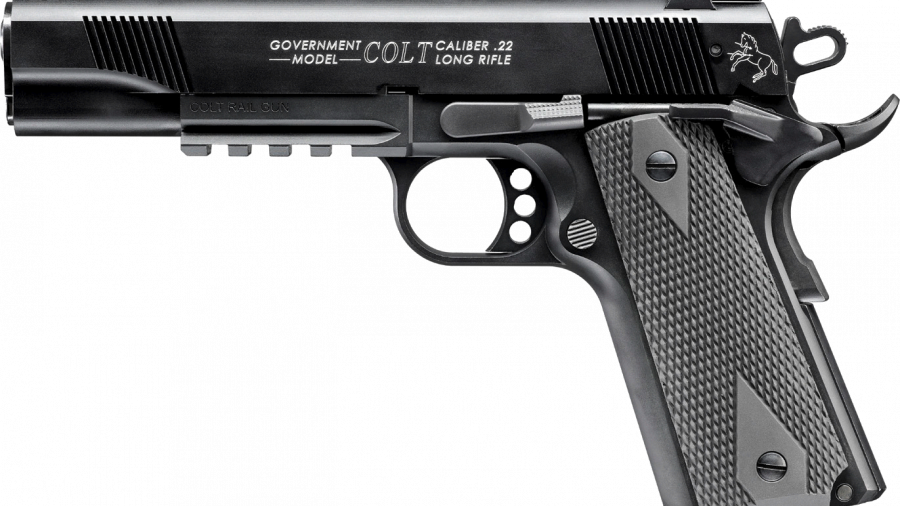 Whether you’ve already got 12 rifles around the corner and a handgun in your back pocket, or you’ve never shot a gun in your life, the fact is you’re going to need to know about these legal gun hacks.

The use of our guns is part of what makes America free today. And they’re largely the reason we ever became free in the first place.

Over time, we’ve used these firearms to barter with, defend ourselves, coerce others, hunt, and just altogether play around with.

However, the time may come (and signs are pointing to it already) when the law may prevent us to have/use the firearms we love.

Whether it’s a slow, continual passing of stricter laws over time, or one big SHTF martial law event, one thing is certain: we’re all in danger of not being able to have and use the firearms we love in the ways we want to use them.

However, I’ve got to tell you… there’s some ways to get around the law.

Just because the government hates your guns doesn’t mean they can rob you of all your rights!

Even during the existence of anti-gun laws, these gun hacks will get around them and help you protect your home and your loved ones.

And the crazy thing is, everything I’m about to show you is 100% legal. Seriously.

It’s my job to make sure you and your family are able to stay alive and protect yourselves in a crisis. That’s why I feel the need to show you these…

1 – How To Own A Barely Legal Machine Gun

Got a semi-automatic rifle?

You’re in luck. You can transform this weapon into a fully functional machine gun – while sidestepping the laws and federal regulations.

The way to do this is to own a Bump Fire stock – an accessory that enables semi-automatics to imitate the power, speed and spray of a machine gun.

Using this accessory, anyone can take their ordinary firearm and convert it into a war weapon like the ones our nation’s finest use to serve and protect our country.

Here’s a short video of Lisa Jean using her AR-15 with a Bump Fire:

2 – How To Own A Silenced Gun Without A License

Got a Maglite flashlight? How about a handgun (or any other type)?

If so, you’ve got the supplies to make your very own silencer suppressor!

This suppressor is super effective, and gets you around the legal need to have a license.

Everything you need to know to build this thing is in the video below. Need captions to read as you watch? No problem – click the “CC” icon in the lower right side of the video to follow along.

3 – How To Get Around California’s Crazy Gun Laws

If you live in California (or know someone that does), you know the frustrations the new restrictions have caused.

If not, let me enlighten you.

Gun shops around the state who once boasted stock aplenty now have barren shelves, with depressing signs saying “No AR-15s For Sale.”

These regulations have banned stores from selling bullet button-equipped guns. They’ve also forced Californians to register all assault weapons with bullet buttons by the end of the year. This prevents them from trading, selling, or giving them away.

The bullet button was originally created to get around an earlier statute, which regulated all rifles with detachable and quickly reloading magazines. These buttons had made reloading as quick and efficient as possible.

However, these regulations have not only thrown thousands of gun shops’ profits down the toilet (and pissed off a lot of Californians in the process), but have completely thwarted the “bullet button business.”

Darin Prince, creator of the original bullet button, has caught wind of these restrictions, and so has decided to create an updated version of his original invention to get around these restrictions. He calls it The Patriot Mag Release.

Other companies have gone the same rebellious route, creating comparable items to this, such as the AR Maglock.

Central to California’s expanded assault weapons ban is its revised definition of a detachable magazine. Now, if you have a semiautomatic rifle that comes with any of the other banned features [(i.e: A pistol grip that protrudes conspicuously beneath the action of the weapon; a thumbhole stock; a folding or telescoping stock; a grenade launcher or flare launcher; a flash suppressor; or a forward pistol grip)] and can be reloaded “without disassembly of the firearm action”—the part of the gun that moves ammunition into the firing position—you have a gun that can’t be sold and must be registered.

Neither Prince’s Patriot Mag Release nor the AR Maglock is quite as efficient as the bullet button when it comes to contravening the law that inspired it. Whereas it takes two motions to reload a rifle with a bullet button—press the release node, slide in a new magazine—with the new products, it takes all of four.

On many AR-style rifles, disassembling the action is a simple as popping the hood of a car. The shooter pulls a pin, and the two halves of the rifle—its upper and lower receivers—swing apart on a hinge. Ordinarily, one would do this to clean the gun, replace a part, or add lubricant. The Patriot Mag Release and AR Maglock alter the gun so that it only releases an empty magazine when the action is open—which the products’ proponents interpret as complying with the disassembly mandate. The shooter then slaps in a fresh magazine and closes the action. After a momentary interruption, the rifle is ready to resume firing.

So as it turns out, California’s got a few “patriots” of its own. And they’re innovating new ways to keep the firearms they love while still staying within the legal restrictions the state has been given.

To see the Mag Release and AR Maglock, check out the videos below. Make sure to click the “CC” icon for captions.

4 – How To Acquire Restricted Firearms & Accessories Without Approval

The sale of machine guns, silencers and other accessories have been restricted by federal law. However, gun enthusiasts are finding more and more ways to acquire these in more “creative” ways.

One of which is through the creation of a legal trust (aka a “gun trust”). These trusts allow owners to legally share and bequeath these restricted items to friends and family – all while bypassing law enforcement approval, fingerprinting, and background checks.

However, it’s crucial to go to a qualified attorney with any questions or concerns you may have on this. They will have the knowledge of current laws in your state, and will be your best resource for getting this taken care of.

You know what I love about America? Even though the government is trying to restrict (and even ban) many of the firearms we know and love, patriots like the ones above find gun hacks to get around the rules and pursue the freedoms that were meant for us to enjoy.

Consider these gun hacks as you’re preparing to go to the shooting range, and when preparing for a SHTF event. By educating yourself on the latest gun hacks, you too can get around the law and protect yourself (and your family) in a crisis.