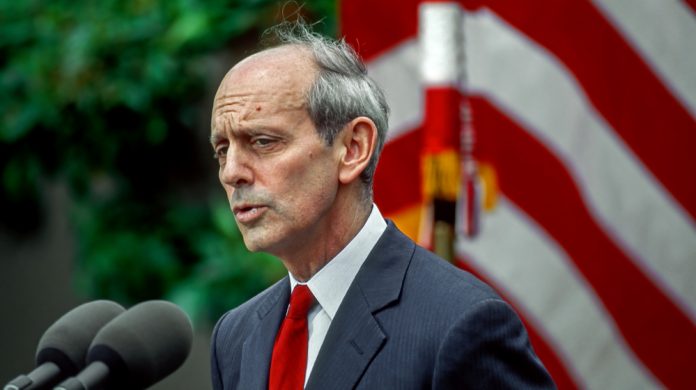 On Thursday afternoon, Judge Ketanji Brown Jackson’s confirmation to the Supreme Court went through by a 53-47 Senate vote. Despite this, she’s not a justice just yet.

Jackson still needs to wait a few months, until around late June or early July, to take her spot in the Supreme Court as Justice Stephen Breyer, her would-be predecessor, is still serving until then. Despite announcing his retirement back in January, Breyer, who is already 83 years old, didn’t step down immediately and instead announced that he would leave SCOTUS at the end of its current turn.

In a letter addressed to U.S. President Joe Biden, Breyer wrote: “I am writing to tell you that I have decided to retire from regular active judicial service as an Associate Justice of the Supreme Court of the United States. I intend this decision to take effect when the court rises for the summer recess this year … assuming that by then my successor has been nominated and confirmed.”

The justice’s decision provided Biden and the Democratic Party with plenty of time to choose and confirm who Breyer’s successor will be, and they did on Thursday with around three months to spare.

Nomination and confirmation of sitting judges have, for a long time, been the way of succession in U.S. Courts. For the Supreme Court, this practice has been done since the nation was founded. Here are all of the Supreme Court Nominations from 1789 to the present. Given this,

It’s also not the first time that a judge had been confirmed for the seat while their predecessor is still serving. However, for a Supreme Court justice, it’s rare to wait a long time between confirmation and being sworn in.

Late Justice Antonin Scalia’s seat was filled by Justice Neil Gorsuch immediately following his confirmation and swearing-in that happened shortly after the Senate vote. The said seat was left open for over a year due to Senate Republicans’ refusal to allow a hearing on Merrick Garland, former Pres. Barack Obama’s nominee.

The most recent instance that is similar to Jackson’s situation might be Justice Samuel Alito’s confirmation during the term of former Pres. George W. Bush.

Back in the summer of 2005, Justice Sandra Day O’Connor revealed that she would retire. Following this, Bush nominated current Chief Justice John Roberts as her replacement. However, soon after this, former Chief Justice William Rehnquist passed away, so Bush instead pushed Roberts up to fill Rehnquist’s spot.
Following this, the former U.S. president tried unsuccessfully to confirm Harriet Miers, a former White House counsel, to take O’Connor’s spot, who served until the search for her successor was completed. In Winter 2006, the Senate confirmed Alito.

While Jackson’s situation is quite unusual, Biden will eventually sign her judicial commission in three months. She will then be sworn in as the first Black woman to have a seat on the U.S. Supreme Court.

On Thursday, Senate Majority Leader Chuck Schumer (D-N.Y.), said, “This is a long road to equality. We keep trodding on it. Sometimes you take a step back. Today we took a giant step forward. We are elated.”

Food Sources to Look For When Winter Foraging

How To Reuse Water In A Crisis (And Everyday Life)

33 Republican senators vow to thwart any Iran deal if Biden...