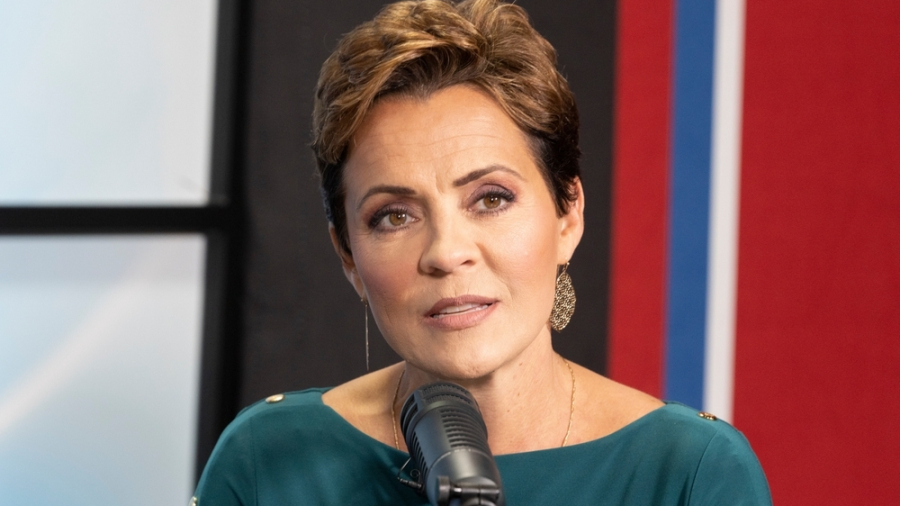 The firebrand GOP candidate for Arizona governor claims that the federal government has turned on We The People after an FBI raid on former President Donald Trump’s Mar-A-Lago compound in search of 15 boxes of classified documents that were allegedly removed from the White House and mishandled.

Kari Lake, who received the coveted Trump endorsement in her race for the governorship, fumed over the raid, equating it to a “take down” of the 45th President by “tyrants” who have weaponized key governmental agencies and abandoned the Constitution, rendering the government “rotten to the core.”

“This is one of the darkest days in American history: the day our Government, originally created by the people, turned against us. This illegitimate, corrupt Regime hates America and has weaponized the entirety of the Federal Government to take down President Donald Trump. Our Government is rotten to the core.”

She continues, vowing not to be passive, even calling for the mass “firing” of the Federal Government

“We must fire the Federal Government. As Governor, I will fight these Tyrants with every fiber of my being. America—dark days lie ahead for us. May God protect us and save our Country.”

Trump announced the raid via his Truth Social and revealed that it was unexpected and completely unnecessary as he and his legal team have been cooperating with requests for documentation. from various agencies He also said that the FBI agents even broke into his personal safe, further highlighting this massive “prosecutorial misconduct” that is designed to disrupt the mid-terms and prevent him from running for President in 2024.

Lake is joined by other Republican politicians and pundits who have decried the raid as yet another political witchhunt and something that would occur in a banana republic. An angry Dan Bongino told FoxNews’ Jesse Watters that the raid is simply “some third world bullsh*t.” Even David Axelrod, President Obama’s former Senior Advisor, criticized the raid, saying that it is unprecedented for a former president to be treated this way and that the Department of Justice had better have an “open-and-shut case.” As The DailyCaller reports, Axelrod told CNN:

“If you are going to prosecute a former president of the United States, you’d better be pretty darn sure that you have an open-and-shut case. And I’m sure that a lot of discussion among prosecutors took place. I do agree, I would be stunned if anybody in the White House, including the president, knew. I mean, think of all the criticism that the president laid against Donald Trump for his intervening and trying to shape what the Department of Justice did.”

Others are worried that the raid will garner sympathy for Trump, and that it will help his chances should he choose to run for a second term in 2024.

However, the overreaching concern is not that the FBI, the Department of Justice, the Federal Government, Merrick Garland, and the judge who issued the warrant did this to a former president of the United States, but rather the plain fact that the bloated administrative state and unelected bureaucrats could do this to anyone with whom they disagree politically.

Source
Kari Lake Calls for Shutting Down Fed Agencies After Trump Raid is written by emma for trendingpolitics.com