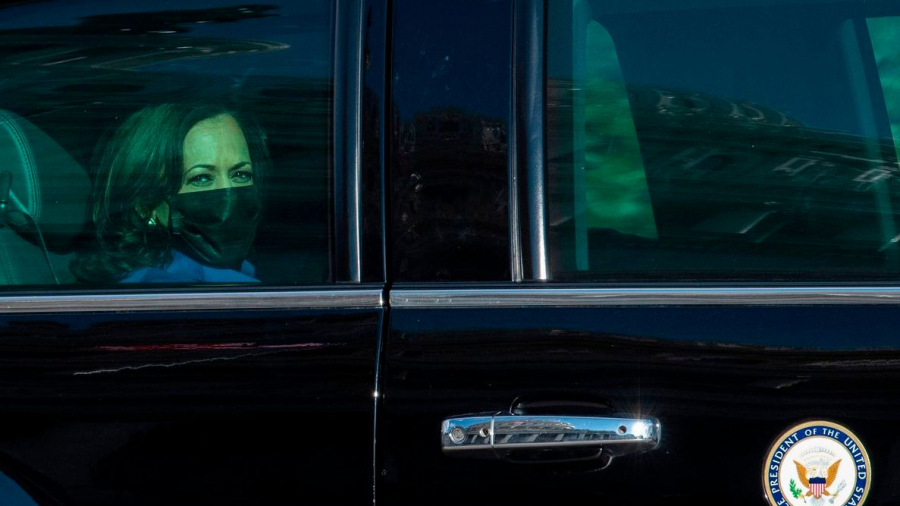 Vice President-Elect Kamala Harris was reportedly in route near the Democratic National Committee headquarters on January 6, 2021 when she drove right by a pipe bomb.

The potentially dangerous situation was reported by CNN in an exclusive on Monday:

Then-Vice President-elect Kamala Harris drove within several yards of a pipe bomb lying next to a bench outside the Democratic National Committee headquarters on January 6, 2021, and remained inside the DNC for nearly two hours before the bomb was discovered, according to multiple law enforcement officials familiar with the situation.

The soon-to-be vice president driving near the pipe bomb and spending time at the DNC were noted as yet another unexplained “security lapse” on January 6th:

Details about Harris’ proximity to the pipe bomb and the extended period she remained inside the DNC have not been previously reported. The revelations further expose a security lapse on January 6 as law enforcement tried to respond to multiple major events, protect highly visible politicians, and fend off tens of thousands of riotous protesters that had flooded into Washington and attacked the US Capitol.

The timeline was laid out in CNN’s report:

Multiple sources now tell CNN Harris pulled into DNC headquarters in Washington at around 11:30 a.m. ET with her motorcade through the garage leading to the parking deck near where law enforcement discovered the pipe bomb.

Harris’ whereabouts and movements on January 6, 2021, have been shrouded in uncertainty. Her presence at the DNC wasn’t known until earlier this month, when few details became public about her evacuation from its headquarters minutes after a pipe bomb was discovered nearby.

According to an internal US Capitol Police timeline, an unnamed “protectee” was removed from the DNC building at approximately 1:14 p.m. ET — seven minutes after Capitol Police began investigating the bomb.

The FBI, however, has not been able to apprehend the pipe bombing suspect, despite the person being captured on surveillance cameras. The video was released in September 2021.

“They say they don’t know who this person was and that’s why they keep releasing these videos, hoping that somebody will see something that will strike them familiar and they’ll call in a tip,” NBC News justice correspondent Pete Williams said. “But let’s go back to the one you were just showing. This is the suspect coming into a park that’s right next to the Democratic national headquarters on Capitol Hill.”

“Now, you don’t see the suspect plant a pipe bomb,” NBC noted. “But it’s in this area, I think just out of the frame here, where the pipe bomb was placed. What you do see is the suspect wearing a hoodie, a face mask, black and white, gray Nike Air Max turf shoes, gloves, carrying a backpack, sits down, takes something out of the backpack that appears to be a cell phone because you see this sort of illumination of the person there, like the light coming from the phone. And then that person just gets up and walks out of the frame.”

It is interesting that NBC News notes the bomb threats pulled police away from the Capitol building, because it was their discovery that had actually caused Congress to be evacuated to begin with, and not the brewing protest.

“The discovery of a pipe bomb outside the Republican National Committee headquarters in Washington on Jan. 6 prompted police to evacuate two congressional buildings, not, as was believed, the attack on the U.S. Capitol,” as the Washington Examiner reported in February.

“U.S. Capitol Police learned of the discovery of two pipe bombs on Capitol Hill around the same time, just before 1 p.m. ET that Wednesday,” the report continued. “Capitol Police responded to one bomb discovered by an RNC staff member at the organization’s office, just a few blocks from the Capitol. Metropolitan Police Department officers responded to a second pipe bomb that was spotted outside the nearby Democratic National Committee headquarters. Each department sent officers to respond, hurting the Capitol Police’s ability to secure the Capitol since MPD was called to the Capitol minutes after the bombs were discovered.”

“That resulted in the evacuation of two congressional buildings, the Cannon House Office Building, as well as one of the Library of Congress buildings. So it took extensive resources,” former Capitol Police Chief Steven Sund testified at a Senate hearing.

The fascinating thing about the RNC and DNC pipe bomb attempts is the FBI’s seeming lack of interest in actually apprehending the person that planted them. The FBI sat on video of the suspect for months before finally releasing it publicly in September.

Meanwhile, hundreds of Americans who were at the riot on January 6 are still awaiting trials. The FBI has refused to release 14,000 hours of footage related to the incident.

Source
Kamala Harris Drove within Yards of Pipe Bomb at Democratic National Committee on Jan. 6 is written by Kyle Becker for trendingpolitics.com