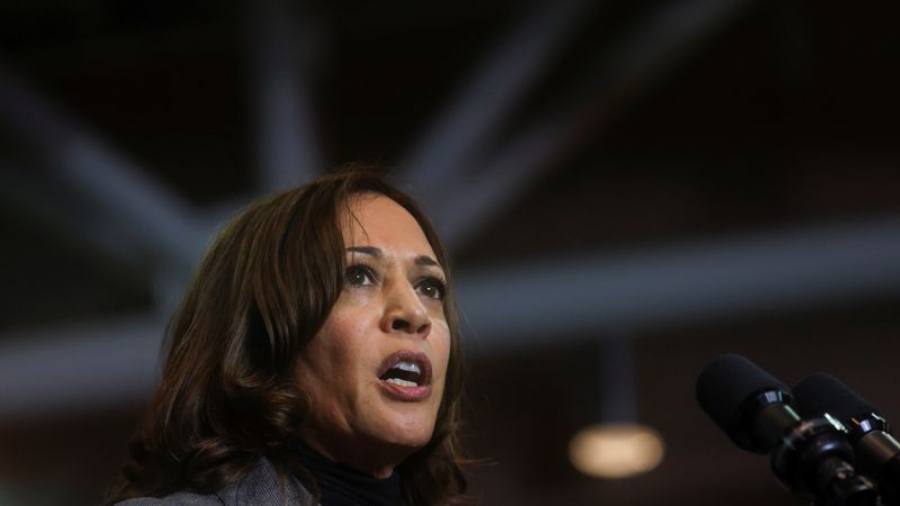 Kamala Harris’s deputy chief of staff Michael Fuchs is leaving the administration, the latest top aide from her office to announce a departure, according to an internal staff memo seen by Reuters.

Fuchs, who served as a foreign policy advisor to former President Bill Clinton and worked in senior roles at the U.S. State Department under former President Barack Obama’s administration, advised Harris on domestic and international issues, helped manage staff and often accompanied her on foreign trips.

He will remain in his current role until early May to “ensure a smooth transition” and will announce his next steps at a later date, according to the memo to staff.

“Fifteen months later, it’s almost difficult to recall the magnitude of the challenges we faced when we came in, from an unprecedented pandemic to historically difficult economic circumstances,” Fuchs wrote. Work done by the Biden administration has turned things around, he wrote.

Fuchs’ announcement follows a series of exits from Harris’s team. On March 21, Harris’s National Security Adviser Nancy McEldowney said she is stepping down from her role. The White House said she will be succeeded by her deputy, Philip Gordon.

Jamal Simmons, the vice president’s communications director, said Harris “is grateful for Michael’s tireless work, leadership and the many miles he traveled domestically and internationally … our entire team will miss Michael as he begins this next chapter.” Simmons did not comment on staff departures.

Staff shake-ups after the first year of any presidential administration are not unusual, and other areas of the White House are experiencing turnover.

Press Secretary Jen Psaki is preparing to leave the White House in coming weeks, even as the Biden administration has yet to pick her replacement, two sources briefed on the situation said on Friday.

Others such as Jeff Zients, Biden’s coronavirus response coordinator, will be leaving the White House after 14 months on the job this month while Emily Horne, the spokesperson for the National Security Council, left her position on March 25.

“This period before the midterms is a common time for officials to depart,” said a White House official, who did not wish to be named.

Harris is also hiring a new chief speechwriter, Meghan Groob. She most recently worked as an editorial director at Gates Ventures, where she was a speechwriter to Bill Gates, according to a separate memo sent to staff seen by Reuters. She was previously a senior speechwriter in the Obama administration.

Groob will replace Kate Childs Graham, Harris’s director of speechwriting, who left at the end of February.

(Reporting by Nandita Bose in Washington; Editing by Heather Timmons and Nick Zieminski)