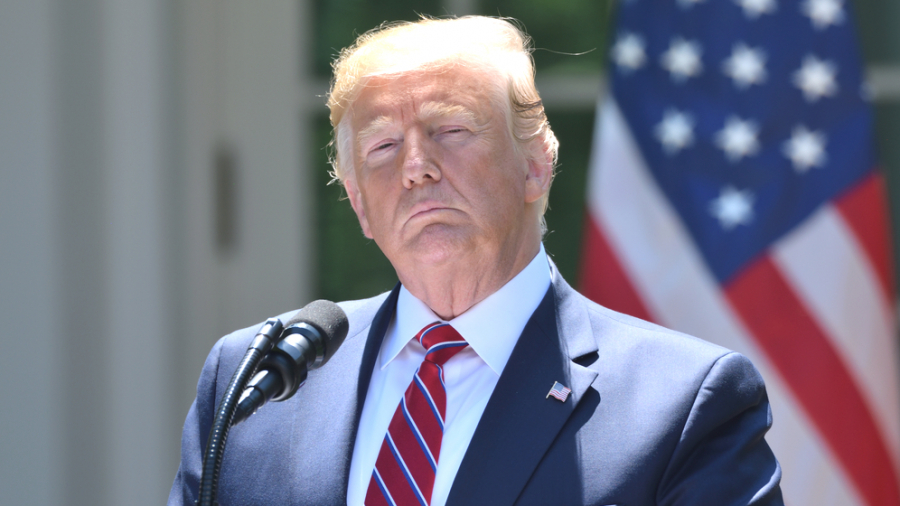 A judge ruled that Former President Donald Trump must answer questions while under oath.

Judge Arthur Engoron, ordered that Trump and his children, Ivanka and Donald Trump Jr. obey the subpoenas issued back in December.

Trump describes the ruling as “a continuation of the greatest Witch Hunt in history. Remember, I can’t get a fair hearing in New York because of the hatred of me by Judges and the judiciary. It is not possible.”

“In the final analysis, a State AG commences investigating a business entity, uncovers copious evidence of possible financial fraud, and wants to question, under oath, several of the entities’ principals, including its namesake. She has the clear right to do so,” penned Engoron in his decision.

The ruling, which is eight pages long, will likely be appealed. If it’s not, it may force Trump to make a tough call of whether he should answer questions or remain silent by citing his Fifth Amendment right.

In a statement, the former president exclaimed, “THERE IS NO CASE!” He then accused James’ office of “doing everything within their corrupt discretion to interfere with my business relationships, and with the political process.”

Trump describes the ruling as “a continuation of the greatest Witch Hunt in history. Remember, I can’t get a fair hearing in New York because of the hatred of me by Judges and the judiciary. It is not possible.”

The AG mentions that “No one will be permitted to stand in the way of the pursuit of justice, no matter how powerful they are. No one is above the law.”

James, who is also a Democrat, found pieces of evidence that the Trump Organization used “fraudulent” information.

Trump’s attorneys told the judge that making the former president sit for a civil deposition now is an improper attempt to subvert state law. This stops prosecutors from calling a person to testify before a criminal grand jury while not providing them with immunity.

“If she wants sworn testimony from my client, he’s entitled to immunity. He gets immunity for what he says, or he says nothing,” Ronald Fischetti, the former president’s criminal defense lawyer, stated during the hearing.

Anything that the former president says in a deposition may be used against him during the criminal investigation. If Trump uses his Fifth Amendment right, Fischetti says that this could still be detrimental to a potential criminal defense.

“That’ll be on every front page in the newspaper in the world,” Trump’s lawyer said. “How can I possibly pick a jury in that case?”

Kevin Wallace, a lawyer from James’ office, told Enogron that it was not unusual to have civil and criminal probes happening simultaneously. With this, the judge denied a request for the Trumps to pause the civil investigation until the criminal probe was over.

“Mr. Trump is a high profile individual, yes. That’s unique,” Wallace stated, adding that “It’s unique that so many people are paying attention to a rather dry hearing about subpoena enforcement. But the legal issues that we’re dealing with here are pretty standard.”

During Thursday’s hearing, Trump attorney Alina Habba accused James of “selective prosecution.” She mentioned that James is “engaging in viewpoint discrimination,” because of her political ambitions and dislike for Trump.

Habba said, “We have an extraordinary rare case where we can prove selective prosecution because she’s put her words out there so much and taken every opportunity to voice her vendetta against Donald Trump and his family to take him down.”.

Additionally, Wallace noted that James’ office was investigating matters connected to the former president as far back as 2013, long before the attorney general was elected. These investigations include a look into Trump’s charitable foundation and the Trump University.

According to Engoron, he reviewed thousands of pages’ worth of evidence for the case, and they show that there is enough basis to continue the investigation. These also undercut “the notion that this ongoing investigation is based on personal animus, not facts and law.”

In this week’s revelation, Engoron noted that Trump’s longtime accounting firm sent a letter that advised him to stop relying on years of financial statements that it put together based on the valuations of Trump’s company, given the doubts to their accuracy.

Engoron called the letter a “red-flag warning that the Trump financial statements are unreliable.” In a statement, the judge also slammed Trump’s company for contending that since the accounting firm did not conclude the existence of material discrepancies in the documents, the attorney general’s investigation needed to be stopped. Engoron stated that the claim “is as audacious as it is preposterous.”