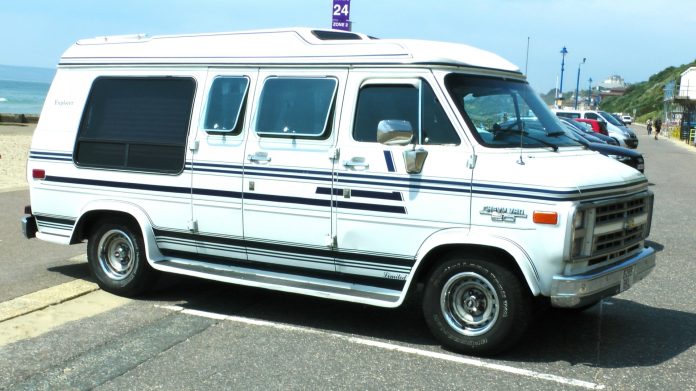 Is this the ultimate survival vehicle?

There are very few certainties in this world, and even fewer when SHTF. However, one of the true certainties you can depend on is that you will absolutely need a place to hide when a major emergency happens.

Whether it’s an economic crisis, a natural disaster, or some other event, you must seek shelter and you absolutely must get outta dodge as quickly as possible.

Now many preppers think of heading off into the wilderness when the SHTF. And there’s nothing inherently wrong with that. For example, there’s usually tons of trees around, and it gives you plenty of resources to build a shelter.

However, the fact is you often have no idea what to expect from these types of situation until you get there. If in the event there aren’t trees around where you wind up (or you somehow lose your bug out bag), this can put you in a world of hurt.

However, there’s one bug out location I want to introduce you to. And the beauty of this location is that it’s solid as a rock and provides shelter 24/7, no matter what the circumstance.

But that’s not all. Nope, far from it. This bug out shelter will sleep up at 8 comfortably, and can pack in as many as 12 people at once. It’s also got the resources you need, already working and ready to go. I’m talking about things like refrigeration, a stove and microwave, comfy bedding, and plumbing. All included.

Not to mention, if you want to you can typically grow a survival garden right there next to your spot. However, if things go south, you can always jump right back in and drive off, without leaving much of a trace.

Heck, people are selling these on Craigslist all the time. And you can always buy it for cheap, and then fix it up and make whatever additions you want while it’s yours. Pretty impressive.

Like I said, most preppers already have an idea of where they want to bug out when the SHTF. And that’s fine. However, there’s one more consideration I want you to make before the big one hits. And I promise you, this might just be the best decision you ever made.

However, everyone is different, and everyone’s got different needs. And all of this is very important to take into consideration when an emergency hits. So, by the end of this article, you’ll hopefully be able to answer the following question as it pertains to you:

If you haven’t thought of it already, the survival vehicle I’m talking about is an RV.

There’s a ton of things to consider when you’re thinking about purchasing this vehicle. Here’s some of the most important considerations from A Survival Plan:

Most bug-out situations faced these days are of the temporary nature. They are forced upon people by events such as hurricanes and floods. Whatever the initiator, the temporary refugee needs a place to go, and some way to maintain life while waiting for the emergency back home to pass. In cases where “home” has been destroyed, he will need to relocate quite a bit longer, until a new home is built or found.

For a Prepper, this kind of bug-out situation will be less stressful than for the average Joe. He will have supplies and transportation arranged beforehand. Having made arrangements to move prepared supplies, he might grab the appropriate Rubbermaid totes, toss them into the back of his camper, and depart. Or, he might load boxes of supplies needed at his destination into the storage compartment of his trailer, and begin the haul to safety. His advance preparations place him at the head of the line, and provide a sense of comfort while others panic.

He will feel quite a bit better about things if he has a good residency plan, as well.

One concern I hear from Prepper pals is security. A common thread revolves around the fear that an RV is inherently at risk during a move. I reply that, while such may be true in a societal collapse, with all the usual expected TEOTWAWKI actors and villians, the average bug-out is less likely to encounter road blocks, raids and high-jacks. My concern has been the security issues at the destination, where the refugee has set up camp, established some sort of daily routine and sunk roots. He can’t just pack up and go on five minute’s notice. Security at the BOL (bug-out location) is important, too, and maybe even more important than while en route.

If you have done any sort of RV camping beyond boondocking, you’ve likely noticed a ubiquitous aspect of it – a general neighborhood feeling in the air. Wave at someone in the camp ground, and you’ll get a smile and a wave back. Let someone see that you’re having a problem, and they’ll help you out. Having trouble backing into that space? The guy across the row might magically appear in your rearview mirror, exactly where you need him to be, and just when you thought you were alone in the world. The neighborhood feeling permeates most campgrounds.

Campers are plenty self sufficient people. They plan their trips, carry supplies, tools and equipment, and know how to use them. Get a bunch of them together in one place, and you have a group that doesn’t carry the same concerns that the average refugee does. Where one group lacks, another can supply.

The RV BOL is best situated beyond the range of the disaster, but if it is intact and populated, it can be within the area. In my opinion, the better parks are those with a monitored entrance, modern hook ups (working or not, under the present circumstances), and an obvious appearance of upkeep. These things suggest regular visitors and an involved management. This type of park will attract more responsible customers. As with other preps, the work in identifying this place is best done in advance. This requires some thought by you, in determining what might happen in your area, and what route out of there will be open under the conditions.

Back to the “residents”. In my travels, I’ve met a few strange individuals and couples, but no more so than at the mall. Maybe less so. On the whole, I believe that I can count on them to at least respect my things. It’s hard to do any sort of mischief in a park setting where everyone is used to watching out for each other. It’s hard to ignore a troublemaker, when that same n’er-do-well might pick a more personal target. Under bug-out conditions, it shouldn’t take long to group together with most of the park visitors and establish some sort of neighborhood watch. They will be as concerned about their group and their things as you.

A lot of rigs are equipped with CB radios, and some groups carry portable radios. Air horns are common. An alert can be devised with any of these.

Under most severe conditions, you might decide to go armed. Be warned that firearms are generally prohibited. You’ll be breaking a few rules, and maybe a few laws if you go in armed. That might not mean a whole lot to you if you find yourself needing to protect the park from looters, or thugs intent on cracking that particular nut. I would not be surprised to see several RVers presenting when the need arises. It’s up to you on how to proceed. It would seem that with the potential for a solid group structure in the park BOL, a few responsible armed members would go a long way to making the place even more secure.

So, let’s go over a few things to do and remember.

To enhance your plans, try these.

Sometimes, a visual helps to get an idea of what living in this kind of situation would be like. Here’s a couple videos of two preppers, ready to take on a SHTF event with their bug out RVs. Take a look:

Reasons to Know Thy Neighbor

How To Prepare For Natural Disasters: The After-Effects