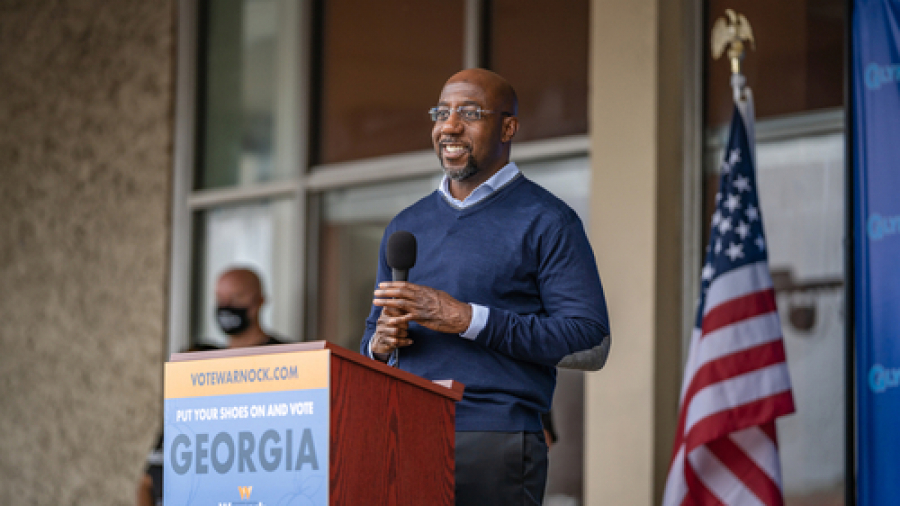 Sen. Raphael Warnock (D-GA) has continuously pushed to lower prescription drug prices as part of the “Inflation Reduction Act”. Despite this, it was discovered that this hypocritical democrat had raised over $240,000 in campaign donations. These donations also came from prominent pharmaceutical executives and employees over the midterm election.

The Democrat Senator has received a minimum of $240,0000 from different people in the healthcare sector. He publicly called to reduce drug prices and pretended to fight for the people. However, he was privately enriching his pockets with funds from these people.

According to fundraising data compiled by OpenSecrets, These donations worth over two hundred thousand dollars have made this Democrat Senator the third-largest beneficiary of money from the pharmaceutical sector.

It would have been surprising to see that Warnock was the only exception here, his other colleagues have also used several policies to their advantage. From Pelosi’s husband, the best and most affluent investor out there, thanks to his wife spilling all the senate secrets to him, we know exactly what to expect from the others.

From saving seniors money by lowering Rx drug prices, to capping Rx drug costs for seniors, to expanding vital health care subsidies, to greening the economy, this legislation is a big win for Georgians in every corner of the state.https://t.co/1FhpWaO97f

Like Warnock, his colleague Rashida Tlaib also showed this Democrat hypocrisy recently. The repress also made a whopping sum of $100,000 in rental income while cosponsoring a bill to implement a nationwide cancellation of rents and home mortgage payments.

Sinema had also gotten substantial funds from the private sector after getting rid of this billionaire tax loophole. The campaign has gained almost $300,000 worth of donations from this sector. This has made her the Senate’s sixth-largest recipient from the industry. Schumer who got Sinema on board with this ridiculous bill is undoubtedly the first on the list.

Clearly, they all had their selfish reasons for pushing this bill despite strong opposition from the public. The entire bill had billions of faults and loopholes, however, the democrats tried everything in their power to ensure that the bill is successful, and now we know why.

In July, Warnock tweeted, “I won’t stand by while corporations prey on Georgia families. I’m fighting against rising health care costs and Rx drug prices for folks in every corner of our state.”

According to campaign finance data from the Federal Election Commission, More than a third of the pharmaceutical donations came from executives and employees at Pfizer, Merck, and Novartis. Insulin manufacturers have been the principal target of criticism for the high cost of the necessary diabetes medication, and Warnock has repeatedly pledged to lower those costs. However, this Senator also accepted contributions from Eli Lilly, Sanofi, and Novo Nordisk, three of the largest insulin manufacturers in the world.

The hypocrisy of these democrats is top-notch, as they would all still come out to declare undying service to the people who choose to be blind to their actions. This explains why one Democrat always comes up with a ridiculous bill that has no impact on the economy whatsoever. A second term with these democrats would be much more brutal, and the signs are glaring.

Source
Hypocritical? Raphael Warnock Gets $240K in Donations From Those He’s Fighting Against is written by Abdul for trendingpolitics.com