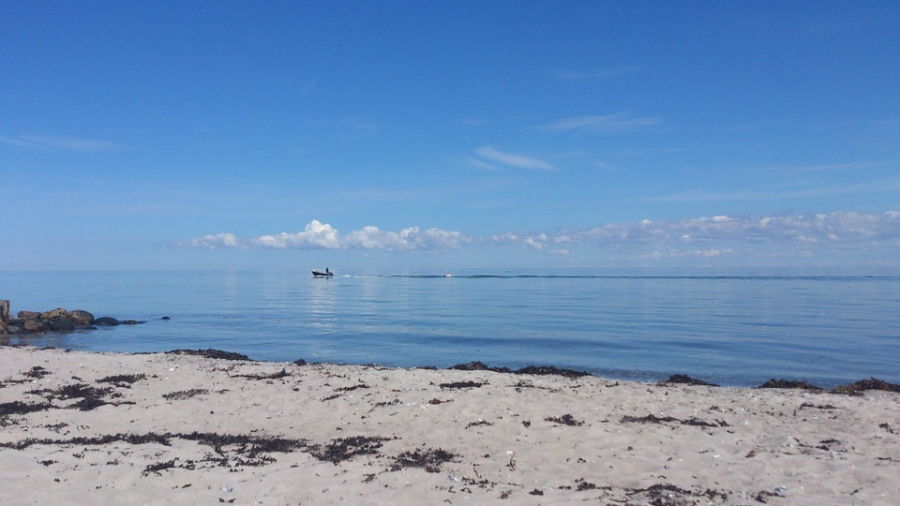 Most preppers have no idea how to make seawater drinkable. And that’s a crying shame.

That means they’re much less likely to survive if they get stranded on an island or at sea. It also means they’re depriving themselves of an incredibly important, life-saving skill.

The great thing about these purification methods is they’re outstandingly simple. Literally anyone can do them.

And even though these methods take time and energy to work, the payoff is guaranteed. You’ll get pure drinking water from the ocean every single time – a godsend in a survival situation.

Water filters/purifiers are great if you have them on you, but you need to make sure you have the skills to back you up if your supplies are no longer with you.

That’s why it’s incredibly crucial that you learn…

How To Make Seawater Drinkable

Distillation is one of the simplest and most effective methods of purifying salt water. It’s so easy, anyone can do it!

The distillation process consists of boiling the seawater in a camp stove or large pot, and then capturing the steam.

This method is super effective, as it removes the salt from the seawater. It also removed impurities and bacteria, making it an incredible blessing in an emergency.

The only downside is you need an effective way to boil lots of seawater in order to make this work. You’ll also need a lot of patience, as it takes a while to collect enough steam to make a cool drink of water. However, if you have these on you, this might be your best bet at survival.

There’s many ways to collect the steam and condensation from boiling water. One of the best (and easiest) is through the use of adding two additional bowls to the pot.

To perform this method, add seawater to a pot, and get it boiling. Then place a stainless steel bowl into the pot at an angle, ensuring that no seawater gets into the bowl.

Next, add a glass bowl on top of the steel bowl. This one should be much larger than the stainless steel bowl. Make sure the glass is covering the entire surface area of the pot, so that no steam escapes. This will ensure efficient condensation.

Watch as the steam collects onto the glass, and then slowly drips into the stainless steel bowl. This is giving you fresh, drinkable, purified water.

Here’s a how-to video for this process. It gives a great visual of how to make this work. Take a look:

Desalination is the process of removing the salt from seawater, allowing it to become drinkable. This particular method can take many forms – one of which being through the use of a large bottle, a long tube, a container, and a cover to seal the top of the container.

This method is performed by filling the bottle with seawater, attaching the hose to the top, and sealing it properly so no air escapes. Then, you place the other end of the tube into the container, and place the cover on top to avoid steam from escaping.

As you boil the water in the bottle, the steam runs down the tube, and into the sealed container, where it transforms into pure drinking water that’s safe to consume.

Now critics of this method might say that you can’t realistically do this in a true survival situation. After all, who carries around all these supplies?

However, I’m about to show you how a pilot used this method effectively while he was in the Pacific during World War II. He was stranded on an island with no fresh water, but he used this method with the little resources he had and survived. Take a look:

Now as you can imagine, humans have concocted loads of ways to make seawater drinkable. Therefore, there are many different methods (and supplies) you can use to make this work.

I recognize that the above list does not comprise all there is to know about this topic. That’s why I want to show you this super short video, which lists far more ways you can make seawater drinkable. Check it out:

Remember: practice and prevention are key. By practicing these methods and packing the right supplies in your bug out bag/survival kit, you can rest assured that you’re more prepared than most for the unexpected crises up ahead. Prepare Now, Survive Later!