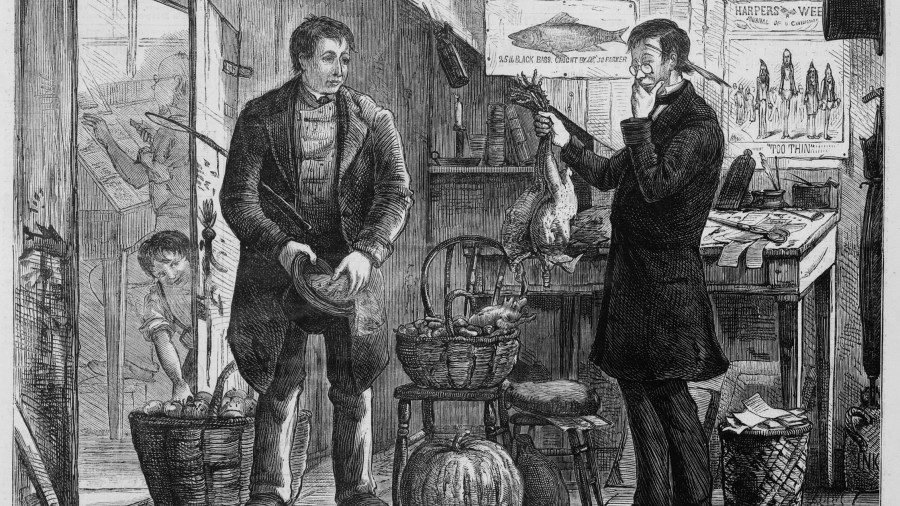 One of the most crucial skills every preppers needs is the ability to know how to barter effectively. This is crucial, since you’re very likely to run out of a crucial resource when SHTF. It could be food, water, tools, supplies… but something is going to run out. And when it does it’s your job to get it back. And you’ll likely have to barter to do it.

Bartering is often way, way harder than it looks. That’s because there’s a ton of strategy and skill that goes into it. You can’t just go pick someone willy-nilly and expect them to just hand over their precious preps.

Not to mention, bartering doesn’t deal with the use of money. This is hard for many people, since they’re used to buying stuff at grocery stores or retail outlets and using money to pay. As such, most of us have lost the ability to think creatively and haggle.

One thing’s for sure – bartering is an art form – and one you need to be really good at in order to get what you want.

Thankfully, there are certain survival basics you can learn to improve your bartering skills. And by the end of your training, you’ll likely know a whole lot more about…

How To Barter Effectively When SHTF

Have Something Worth Bartering

This is the crucial first step. Before you speak to ANYONE you need to ensure you have something that other people actually want. And – this is key – YOU need to be able to survive without it.

Keep in mind not everyone is going to see the value in your resource. For instance, you may be wanting to trade part of your food supply. However, if someone else has tons of food, they’re not going to see any value in what you have to offer.

It’s similar to having “junk” you’re trying to get rid of. Old, worn-down shoes may look like trash to most people. So the key is to find someone with no shoes – they’ll likely these as extremely valuable, and something they need.

Find The Right Person To Barter With

Bartering is essentially trading without money. This can be difficult since, in a good economy, everyone spends money on things without thinking twice. However, when SHTF, you’re going to need to go out and find someone that’s willing to trade something of theirs for something you have.

Now keep in mind this may be an easier process if you’ve got survival essentials to barter with such as food and water. However, if you’re trying to get rid of something more obscure – like a specific type of medicine – the search to find the right bartering partner is going to be more difficult.

Learn The Art Of Negotiation

Unlike in today’s world, there’s no set “price” on any items you’re bartering with. And that’s where negotiation comes in. It’s the job of both parties to come to an agreement on the terms of the sale.

This is a lot harder than most preppers think, since there’s a ton at risk. For instance, if you play your cards right you can come out with a great deal. However, if you’re not careful, you can screw yourself over in the process. Not to mention, if you try to lie or deceive the other party, this will likely come back to haunt you. Big time.

So how do you do it?

Well, first, it’s your job to “talk up” what you’ve got to offer. This is where you show off the item and explain to the other person how useful it is, how rare it is, or how valuable it is. For instance, many marketers want to prove to the consumer that their product is bigger, better, or faster than the competition. Follow their lead.

This is also an excellent time to showcase the product’s benefits, rather than its features. For instance, if you’ve got a pack of survival food, don’t just say “it has chicken, rice, and beans.” Those are features of the survival food – it’s things the product contains. And, more importantly, it’s not inherently obvious that this is beneficial to the consumer.

However, if you explain how your survival food is full of carbs (aka energy) and protein that can help them build a shelter, lug their bug-out bag, and hike a few miles without burning out, that’s a far more effective sell.

In essence, don’t talk about what the product is. Talk about how the product will benefit your consumer, and how it will make their life easier/happier/better/less stressful/etc.

There is one very crucial aspect that a lot of people miss. It’s important not to over-exaggerate the product’s benefits. As anyone who follows politics knows, if you overpromise something, you make the other party extremely angry when you can’t deliver (and lots of negative repercussions can happen as a result). You may not even close the deal at all.

And even though this is bad business in general, it’s far worse in an SHTF situation, when people’s lives are at stake.

To be on the safe side, it’s often better to treat this entire transaction as though it’s just one of many more future dealings with this person. If you want to barter with this person again in the future, you’ll need to earn their trust. And that’s done by keeping the transaction fairly equal on both sides. If both people walk away satisfied, they’ll likely see the exchange as positive and see you as someone they want to barter with again in the future. It is far better to be seen as trustworthy than untrustworthy in a crisis.

Now this is important. Whether or not you and the other person came to an accord, you need to settle things peacefully. This is not only good manners, but is critical for your safety in a crisis.

Furthermore, it’s important to have a few people with you that can have your back if the deal goes south. It may come as no surprise that, in a major crisis, people may appear nice and cordial, until they try to attack you and take your stuff at the last minute. In crisis-mode, people are often only looking out for themselves – and it’s important to be aware of this when dealing with others in an emergency situation.

It’s also important to take extra precautions whenever possible. For instance, if the other party wants you to disarm before trading, end the transaction immediately, and keep your weapons with you. Otherwise, it’s likely you’ll get jumped – and all your preps stolen.

At the end of the day, bartering is a lot more complex than just paying for things with cash. However, it’s a survival skill worth knowing and practicing for true preparedness.