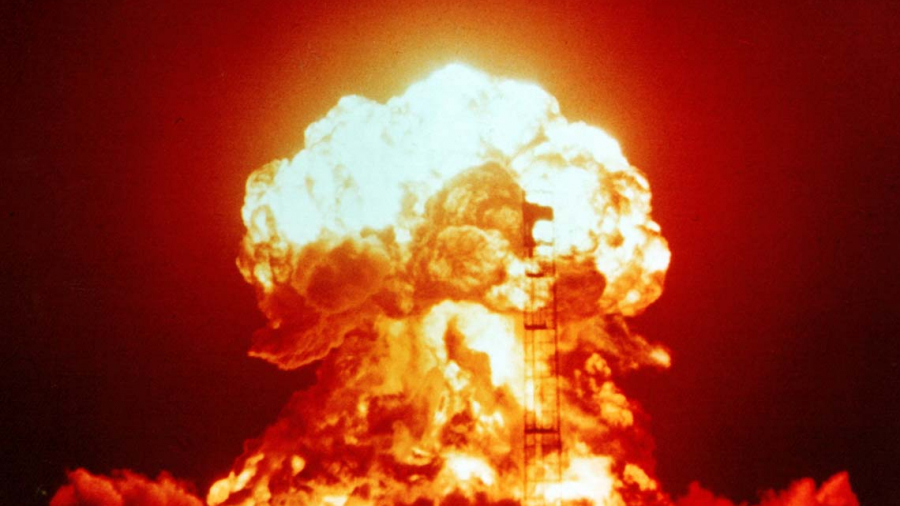 I’m becoming more and more convinced that we are on the cusp of a nuclear war.

I mean, think about it. So far, America has sent Tomahawk missiles into Syria, dropped a MOAB in Afghanistan, and sent an armada to North Korea.

It’s only a matter of time until we’ve got an all-out nuclear war on our hands.

Let’s face it. If push comes to shove, North Korea could totally deliver a catastrophic nuclear war attack. Iran could also do major damage on our soil with bombs. And seriously… Russia could easily demolish us if they wanted to.

Now I understand there are many other factors contributing to this scenario. And a nuclear war isn’t necessarily a guarantee.

However, it’s time to consider the political climate we’re living in to see if we’re on the cusp of a nuclear meltdown.

How Close Are We To Nuclear War?

Now you may have tilted your head when you read that headline. Is that a misspelling?

It actually isn’t. But you’re probably referring to the MOAB (Massive Ordinance Air Blast). According to Daniel Brown of Military Defense, this “is the largest nonnuclear bomb in the US’s arsenal.”

And we just dropped it into Afghanistan.

Think there won’t be repercussions?!

I want to point out the U.S. is by no means the top dog in the nonnuclear bomb arena.

Ever heard of the FOAB? This is an enormous bomb the Russians are keeping in waiting. And if we make one wrong move, they’ll have no problem using it against us.

The so-called father of all bombs [FOAB] is thought to be about four times as big as the MOAB. It’s a thermobaric bomb with a destruction radius of nearly 1,000 feet and a blast yield of nearly 44 tons of TNT.

Thermobaric weapons differ from conventional bombs in that they combine with atmospheric oxygen to greatly extend the blast radius.

Developed in 2007, the FOAB explodes in midair, igniting a fuel-air mixture. It is designed to vaporize targets and collapse structures, producing powerful blasts and aftershocks but without the radioactive fallout of a nuclear weapon.

Need a visual? You can check out the FOAB in all its terrifying glory here:

There’s been a ton of talk from politicians and military commanders lately. And a lot of it has been directed toward Russia.

However, the U.S. has started to “play with fire” by bombing Syrian troops. They then raised their hands, saying it was a mistake.

The Russians, of course, had a counter-attack. According to ZeroHedge:

“Russian naval artillery then took out a command post with approximately 30 “coalition” officers, some of them being Americans. The U.S. then made itself responsible (indirectly) for an attack on the Russian Embassy in Damascus, Syria: anti-Assad Islamic militants did the job, and these have support with funding and materials of the U.S.”

That’s not all, though. The two countries are now hurling verbal/written threats and intimidation toward one another. Which is obviously a dangerous game to play during these strained times. General Mark Milley, U.S. Army Chief of Staff, had this to say to Russia’s impending threats:

“I want to be clear to those who wish to do us harm… the United States military – despite all of our challenges, despite our [operational] tempo, despite everything we have been doing – we will stop you and we will beat you harder than you have ever been beaten before. Make no mistake about that.”

“[The next war will] be highly lethal, unlike anything our Army has experienced at least since World War II,” and would involve fighting in “highly populated urban areas.”

This may seem like tough talk, but the Russians seem to be taking things extremely seriously. According to ZeroHedge, “The Russians are currently (until the 7th of October) conducting nuclear evacuation drills involving over 40 million people.  Everyone from Putin and his general staff to local Moscow reporters believe that a nuclear war started by the United States is just on the horizon… Putin shelved an agreement between Russia and the U.S. to reduce the amount of Plutonium that can be converted into nuclear warheads.”

3 – There’s An Extreme Lack Of Trust

It is especially clear that nobody – not even those who claim to be on our side – can be trusted. As ZeroHedge states:

“Putin and the Russian people believe the U.S.’s actions are going to lead to a nuclear conflict initiated by the United States. The leadership of the U.S. is made up of politicians who began their careers as Marxist-Socialists.

Traitors now have their fingers on the triggers of the nuclear warheads, aided by “yes-men” of the general staffs who will not remember their oaths to the Constitution of the United States and the American people.

They will ignore that these charges take precedence above any orders given by a petty, dope-smoking, Marxist community organizer of dubious citizenship who was “emplaced” into office to destroy the country.

Instead of statesmen and diplomats, we now have self-interested, politically-motivated belligerents backing Russia and other nations into corners and pushing them toward war.”

Clearly, the threat level of a nuclear war is slowly going up day after day. With each new threat and with each new bombing, the U.S. and Russia are inching themselves closer and closer to all-out nuclear warfare.

Nobody is certain how long this “battle of threats” will continue. But we do know one thing for certain… if the U.S. and Russia continue on this path, it won’t be too long before one of them snaps. And the results could be deadly.