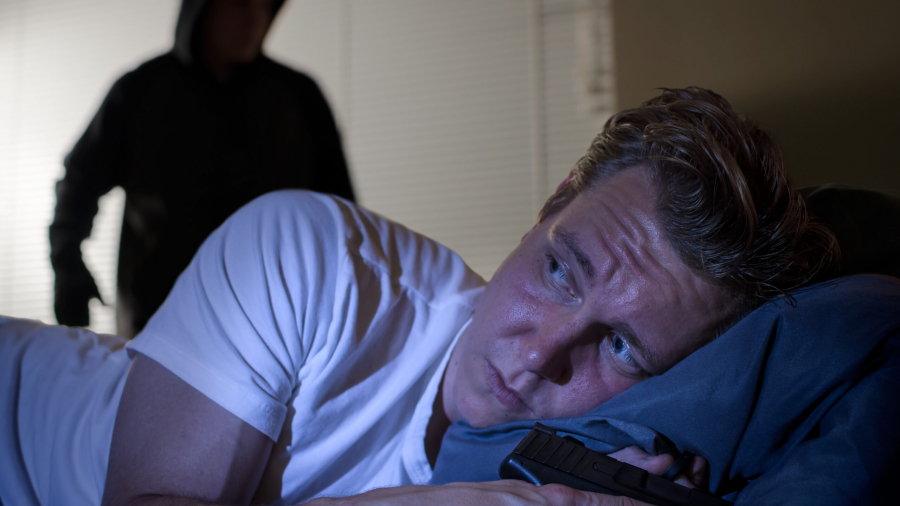 Lefties like to claim that the whole “good guy with a gun” thing that the right argues when in fights over whether gun ownership is a good or bad thing is just a myth and that it’s rare for the “good guys” to actually whip out a pistol and stop the “bad guy.”

That contention of theirs is belied by volumes of data about the hundreds of thousands, if not millions, of crimes stopped each year by citizens who are packing heat. In fact, FEE reported that it’s thousands of crimes a day that are stopped by citizens with firearms.

But individual stories are so much more exciting and enlightening that reams of statistics about pistols, so for that we’ll turn to Alabama, where two robbers turned from predators to prey when a good guy with a gun caught them breaking into his house.

According to WVTM13, the local news station, what happened was that:

The Walker County Sheriff’s Office announced an arrest Friday afternoon in connection with a fatal home invasion in Carbon Hill on Thursday.

WCSO said Paula Painter, of Carbon Hill, is charged with two counts of felony murder, one count of attempted murder and one count of first-degree robbery. The sheriff’s office said Painter’s charges stem from her involvement in assisting two men with planning and attempting to carry out a home invasion and robbery.

Earlier Friday, WCSO said the two men, who were wearing ski masks during the crime, were shot and killed during an exchange of gunfire with the homeowner. …

The sheriff’s office said the homeowner is still recovering at UAB Hospital in Birmingham after he was shot during the gunfire exchange with the intruders.

In other words, two masked and armed thugs broke into someone’s house with the help of an accomplice who assisted them in planning and carrying out the attempted robbery.

But what might have been a score for the anti-social thugs turned into a gunfight that they will never recover from when the homeowner, rather than running away, hiding, or otherwise leaving the house open to the predations of criminals, instead drew a firearm and found those robbers in its sights.

The homeowner was wounded, though not critically, in the gun battle with the thuggish intruders.

Here’s a report on the story:

Other details remain sketchy, such as what sort of weapon the brave homeowner used, but what is clear is that the police are treating the incident as a clear act of self-defense.

The police chief involved, Chief Cobb said, “I look at it, if someone comes in your home, trying to harm you, you don’t have a choice. The subjects were wearing ski masks and they entered that home to do something.”

Defensive scenarios like this are what the politicians will make harder if they start banning guns; with people like Brandon and Kamala making the laws, it’s likely the homeowner would have ended up dead and the thugs that would have been celebrating their victory.