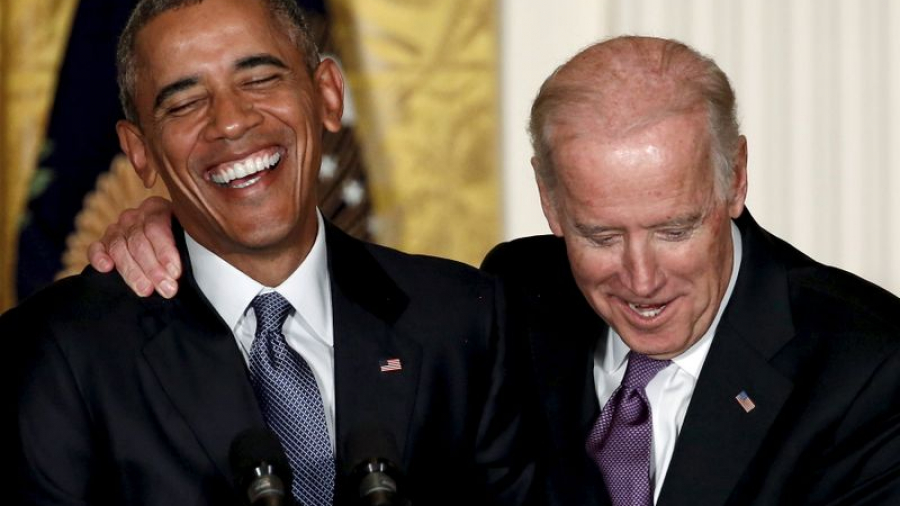 Ricardo Aguirre sits near his two taco trucks and laments the soaring cost of tomatoes, onions, meat and cilantro, which have doubled in price in recent months, hammering his Phoenix-based catering business.

Aguirre, 43, usually votes for the Democratic Party. But with inflation hitting a 40-year high in February he has a stark warning for Democrats as they seek to keep control of the U.S. Congress in November’s elections.

“If the Republican Party has something better to offer us, I will vote Republican,” said Aguirre. Republicans, he believes, are generally better economic stewards who could have more success in reducing prices.

Aguirre runs Tamales y Tacos Puebla from the heavily Hispanic Alhambra neighborhood in Phoenix, where talk of record-high gas and food prices was dominating conversations in front gardens, stores and restaurants when visited.

Of 35 Hispanic voters reporters spoke to in two toss-up races in Arizona and Colorado, 20 – including Aguirre – said soaring inflation is causing them to seriously consider voting for Republicans. The majority of those said they usually vote Democrat.

Many said they don’t necessarily blame Democrats but have lost faith in their ability to solve inflation and are increasingly willing to let Republicans try.

Even a small loss of support among Hispanics – a key component of the Democratic coalition of voters that brought President Joe Biden to power – could mean the loss of the House of Representatives and possibly the Senate for Democrats.

Four of the top 15 congressional targets for Republicans are races with heavy Mexican-American populations, according to Mike Madrid, a Republican strategist based in California.

Inflation is now the top worry among Hispanic voters, according to an Axios-Ipsos poll released in March. A Quinnipiac University poll published on April 13 found that just 26% of Hispanic voters approved of Biden’s job performance, the lowest mark of any demographic.

That could be a further sign of what pollsters say is a long-term erosion of support for Democrats among Latinos.

While Biden won 61% of Latino voters in the 2020 presidential election, there was an 8% percent swing toward his Republican opponent, Donald Trump, Democratic polling firm Catalist found in 2021.

Hispanic voters are a large and diverse segment of the electorate and are not uniform in how they vote. In Florida for example, many are Cuban-Americans who tilt more conservative. In the American Midwest and West, a majority are of Mexican origin, have traditionally tended to vote Democrat, and live in swing states, including Arizona.

‘I’M WILLING TO CHANGE MY VOTE’

Democratic U.S. Senator Mark Kelly is facing a tough re-election in Arizona, where Biden won by just over 10,000 votes and Kelly by just 2.4 percentage points in 2020. Republicans see the state, which is 32% Latino, as a top pick-up opportunity in their bid to regain control of the Senate.

In the Maryvale district of Phoenix, retiree Jose L. Mendez, 66, stands with his wife Maria, 63, next to a shopping cart filled with rice, pinto beans, tacos and kitchen roll.

Mendez, who has voted Democratic every year since 1988, had driven 45 minutes to hunt for bargains. He thinks Democratic spending has partly caused rising prices and thinks Republicans might do a better job.

“Inflation has affected us a lot. I’m willing to change my vote,” he said.

Of the 18 Hispanic voters in Phoenix who spoke to reporters, all said inflation was by far the most pressing issue for them. Record-high gas prices, and a doubling and tripling in the cost of food, was putting enormous strain on family budgets.

“Groceries skyrocketing and gas prices rising!” blared a Republican ad against Kelly on Spanish-language television in Arizona in March.

Not all are changing their vote. Daniella Villa, 36, arriving at El Super grocery story in Maryvale, said inflation was hard and gas prices were “crazy,” but she will still back Kelly and the Democrats this November.

Kelly has urged the Biden administration to take more steps to lower gas prices and introduced a Senate bill to temporarily suspend the federal gas tax.

“President Biden knows how higher prices can impact a family budget,” the spokesperson said. “This is why he is fighting every day to bring down gas prices and lowering kitchen table costs that are squeezing Latino families across the country.”

Most economists say inflation is caused by a number of factors, largely beyond Biden’s control. Global supply chain blockages have been a major cause of price hikes, while oil prices were spiking even before the war in Ukraine. Many economists also say the Biden administration’s spending on COVID relief has fueled rising prices, but note that failure to bail out the economy would have led to a recession.

A spokesperson for the Republican National Committee said the party will be highlighting what they call “reckless spending” by Democrats as a factor in rising inflation.

They will tell voters that Republican-controlled states such as Florida and Texas that kept schools and businesses open during the pandemic will be used as a role model for Hispanic voters who they say want to work and earn higher wages.

“We are coming into a midterm cycle that rarely favors the party in power, even in better times. Throw inflation into the picture, without knowing if it’s going to end any time soon, it shows the peril Democrats have in 2022 with Latino voters,” he said.

Hispanics comprise nearly 39% of the electorate in Colorado’s 8th congressional district, north of Denver, a newly created House seat that is evenly split between registered Democrats and Republicans.

In the district’s town of Platteville, Daniela Castro Tobar, 19, was working the front of Rosalee’s, her family’s restaurant. She considers herself a liberal and voted for Biden in 2020. But the economic pain inflation is causing her family is making her reconsider her support for Democrats.

Americans of all backgrounds say inflation is a concern. But a 2021 Bank of America survey found that people of color, especially Black and Latino households, spend proportionally more of their income on staples prone to price hikes such as food and gas and that inflation hits them hardest.

Julian Verdugo was still dressed in his dusty oilfield work clothes when he took over behind the counter in the small Mexican sweets shop his family owns in Commerce City, a heavily Latino area near Platteville.

As the 24-year-old helped a customer decide what treats she should stock up on for a party, he explained why he was considering casting his ballot for Republicans, breaking with family tradition.

“I was raised as a Democrat. But then I started working in the oil and gas industry, and I realized the Democrats are really against it,” he said. “Now, with the inflation of fuel, we’ve had to raise prices in this candy shop three times in the last three months because our products are shipped from Mexico.”

Chuck Rocha, a Democratic strategist involved in Latino outreach efforts in the 8th district, said he sees the district as a 2020 bellwether because of its large Hispanic population.

“If Democrats lose Colorado 8 it’s almost guaranteed that they lose their majority in the Congress,” Rocha said. “Because if we can’t win a 50-50 seat in Colorado that’s 40% Latino, then they’re going to lose seats all over the country.”

(Reporting by Tim Reid in Phoenix and Brad Brooks in Commerce City; Editing by Ross Colvin and Rosalba O’Brien)

Source
Hispanic Americans have lost faith in Democrats, a warning sign as midterm elections loom is written by Wolf Daily for wolfdaily.com