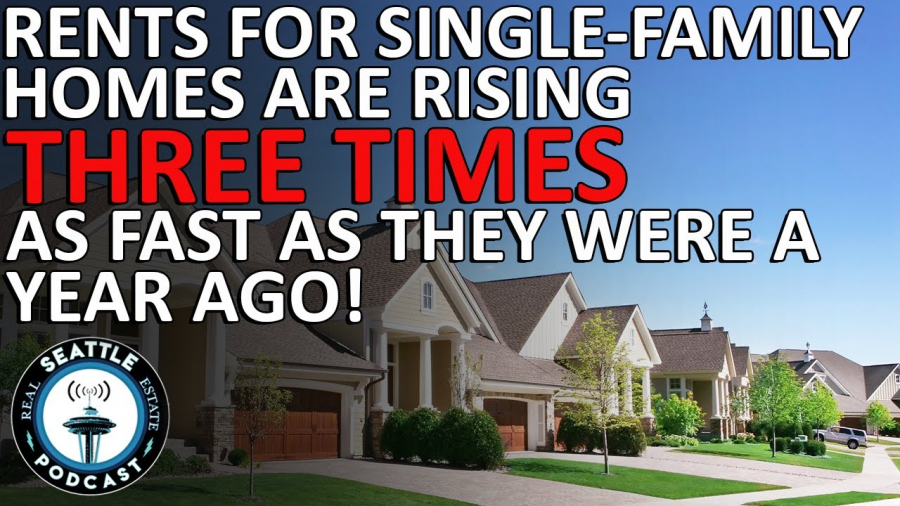 There is a move underway globally for massive investment groups to buy up a majority of the residential properties in the U.S., with the intentions of becoming the landlord to millions of families in the near future, 2030 being their benchmark.

With this in mind, it makes sense that the real estate market is hot as a result of coronavirus-pandemic challenges, even with supply chain issues. And now reports show that investors snapping up record amounts of single-family homes is making it even more difficult for people shopping for a home.

In the last three months of 2021, investors spent $49.9 billion on buying homes, according to a report in The Business Journals:

In total, investors — which includes anyone from so-called mom-and-pop, part-time landlords to private equity giants — made up a full 18.4 percent of home sales in the fourth quarter, which is a record, according to Seattle-based Redfin Corp. Though not solely responsible for today’s ultra-competitive housing market, the growing dominance of cash-heavy investors in Q4 is making buying a house more challenging.

Billions have been raised to deploy into the single-family rental market — and related, but somewhat different, the build-to-rent business — but it’s not clear yet whether investors will keep seeing quarter-over-quarter gains in market share in 2022, said Daryl Fairweather, chief economist at Redfin. There are a lot of variables at play, especially with the Federal Reserve expected to raise interest rates this year.

Three of the funds that Blackrock invested in are the biggest single-family rental owners.

Houses for Rent | Single Family Home Rentals from Invitation Homes – Owned 81,550 such units as of January

“That will cool down demand for housing,” Fairweather said. “At the same time, rents are going up, which makes it attractive for investors to buy houses (to rent).”

But the report also cited Newport Beach, California-based commercial real estate analytics firm Green Street, which in January reported that institutions own about three percent of total single-family rental stock, “meaning individual owners of one to two homes continue to represent the majority of single-family rental owners in the U.S.”

Let’s focus on Invitation Homes, a $21 billion publicly traded company that was spun off from Blackstone, the world’s largest private equity company, in 2017. Invitation Homes operates in 16 cities, with the biggest concentration in Atlanta, where it owns 12,556 houses. (Though that’s not much compared with the 80,000 homes sold in Atlanta each year, Invitation Homes bought 90 percent of the homes for sale in some ZIP codes in Atlanta in the early 2010s.) While normal people typically pay a mortgage interest rate between 2 percent and 4 percent these days, Invitation Homes can borrow money for far less: It’s getting billion-dollar loans at interest rates around 1.4 percent. In practice, this means that Invitation Homes can afford to tack on an extra $5,000 to $20,000 to the purchase price of every home, while getting the house at the same actual cost as a typical homeowner. While Invitation Homes uses a mixture of debt and cash from renters to buy houses, its offers are almost always all cash, which is a big leg up in a competitive market.

This is a great time to hold onto and if possible acquire more homes, cars, and physical assets, which will provide a lot of security in the future.

This story was syndicated with permission from Eric Thompson – Trending Politics

Source
Globalists Just Bought $49.9B In U.S. Properties, Driving Up Prices And Rents is written by Eric Thompson for trendingpolitics.com