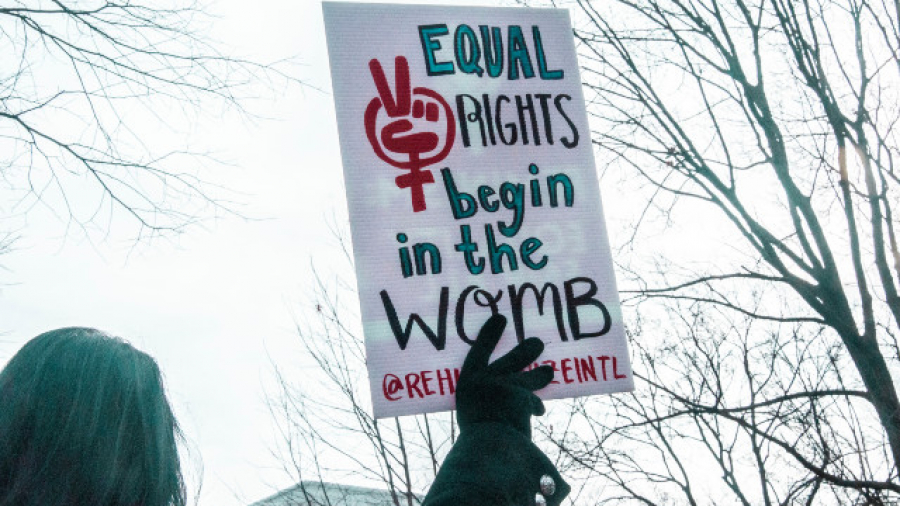 A federal judge blocked a personhood law in the state of Arizona that extended civil rights to unborn children, making the ridiculous claim that it was “unconstitutionally vague.”

In other words, this judge had his marching orders from the Democratic Party and decided to take a stand against granting our most vulnerable citizens the protections they are owed by their country.

Folks, the kind of things the left is willing to do to make it legal to harm pre-born children speaks volumes about the absolute lack of morality within the progressive movement. If a group of individuals is willing to do harm to their own babies, to oppress an entire generation of humans, why in the world would you think they wouldn’t want to do the same to you?

According to The Daily Wire, “Passed in 2021, the legislation stipulated that laws in the state be interpreted with the understanding that unborn children be treated with the same rights as state residents and citizens. On Monday, U.S. District Court Judge Douglas Rayes struck down the bill saying it was unconstitutional.”

“A law is unconstitutionally vague if its application is so unclear that people of ordinary intelligence cannot figure out in advance how to comply with it,” Rayes commented.

The judge then said that the due process rights of those who perform abortions would be violated by this law since it would be unclear if they would be prosecuted for performing “legal” abortions.

You know what this sounds like? It sounds like something back from the days of slavery. Like when a racist judge would try and make an attempt to protect a slave owner by denying a slave has rights.

Funny how history repeats itself, isn’t it? And you can bet your bottom dollar that abortion is the civil rights issue of our day and age. A group of individuals with no voice are being denied their basic right to survival, of being considered a human being.

“When the punitive and regulatory weight of the entire Arizona code is involved, Plaintiffs should not have to guess at whether their conduct is on the right or the wrong side of the law,” Rayes said, speaking of the law and its potential implications for abortion doctors.

The personhood legislation said that state laws “shall be interpreted and construed to acknowledge, on behalf of an unborn child at every stage of development, all rights, privileges, and immunities available to other persons, citizens and residents of this state.”

A spokeswoman for Arizona Attorney General Mark Brnovich, Brittni Thomason, stated that the office was considering how they might move forward after the judge’s ruling.

“Today’s ruling was based on an interpretation of Arizona law that our office did not agree with, and we are carefully considering our next steps,” she remarked, according to a report from the Washington Post.

As you probably already guessed, pro-abortion groups are thrilled by the denial of civil rights for pre-born children. Jessica Sklarsky from the Center for Reproductive Rights claims that this law was “being used to create an unthinkable extreme abortion ban.”

“The Supreme Court’s catastrophic decision overturning Roe v. Wade has unleashed chaos on the ground, leaving Arizona residents scrambling to figure out if they can get the abortion care they need,” she said.

What is wrong with these people?

How is it, despite all of the scientific data to the contrary, these folks can seriously, without any moral reservation, deny the civil rights of pre-born children, knowing full well they are human beings?

If you don’t believe in dark, demonic forces, perhaps you should start, because there’s no other explanation for the absolute lack of humanity displayed concerning this issue.