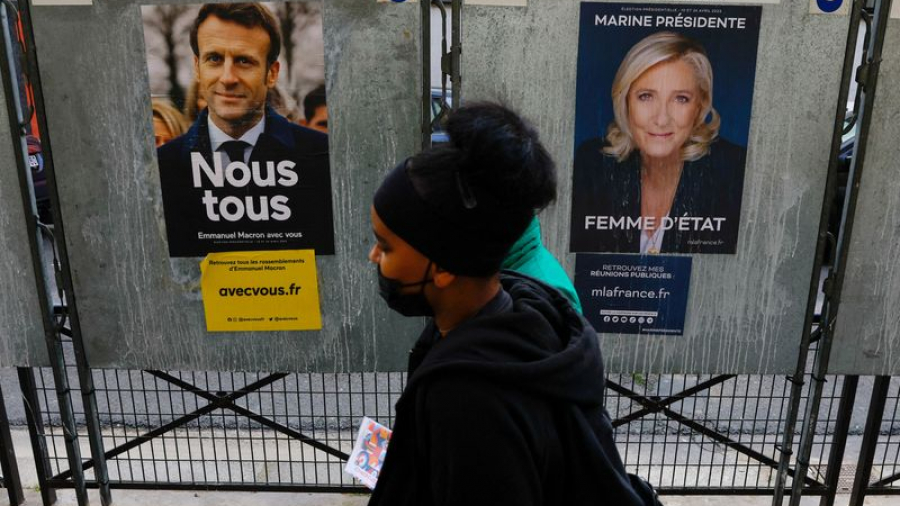 Sunday’s vote in France is the first round of a presidential election that will determine who runs the European Union’s second-largest economy as the war in Ukraine rages on the bloc’s doorstep.

Some 48.7 million are registered to vote. The candidates who finish first and second go through to a runoff vote on April 24.

– Results trickle in through the evening. By late evening, candidates are expected to have admitted defeat or, for the two leading ones, made speeches to rally voters for the runoff.

– Opinion polls favor President Emmanuel Macron to win re-election. But they give him a much narrower edge than when he was elected in 2017 and he is facing stiff competition from the far-right’s Marine Le Pen. Some polls have shown a Le Pen victory within the margin of error.

* WHY DOES IT MATTER?

A Macron win would mean continuity for France, a Le Pen victory would herald major changes.

– Now that Britain has left the EU, France is the bloc’s main military power. It’s also the undisputed second-biggest economy in the EU, and Angela Merkel’s exit as German chancellor has given Macron a more prominent role in Europe. A Le Pen win could put France on a collision course with its EU partners.

– The French political landscape is still feeling the shockwaves from Macron’s 2017 election, and the reconstruction of both the right and the left will very much depend on how the presidential and parliamentary elections pan out.

* WHAT ARE THE MAIN ISSUES FOR VOTERS?

– Opinion polls show purchasing power is voters’ top concern, amid a huge increase in energy prices and growing inflation. Le Pen has successfully focused her campaign on that.

– The election campaign started amid the war in Ukraine. Polls showed an initial boost for Macron, but that has waned.

– Surveys show voters are unhappy with Macron’s economic policy, but unemployment is at its lowest level in years and those polled don’t think any of his opponents would do better.

– How Macron handled the coronavirus pandemic could also play a role, at a time when restrictions have been largely lifted but the number of COVID-19 cases is growing again.

* WHAT TO WATCH FOR:

– Voter uncertainty. Opinion polls show many are unsure who they will vote for, and turnout could well be much lower than usual, adding more uncertainty.

– A potential upset? Polls have for weeks pointed to Macron leading the first round ahead of Le Pen, with both qualifying for a runoff. The far-left’s Jean-Luc Melenchon polls third, a few points behind Le Pen.

– Deals before a second round. Will the far-right’s Eric Zemmour rally behind Le Pen? Is the “republican front” where whereby mainstream voters end up rallying behind any candidate facing the far-right a thing of the past?

April 24 – Second round held between the top two candidates.

May 13 – The latest day the new president takes office.

Source
Explainer: What you need to know about France’s presidential election is written by Wolf Daily for wolfdaily.com