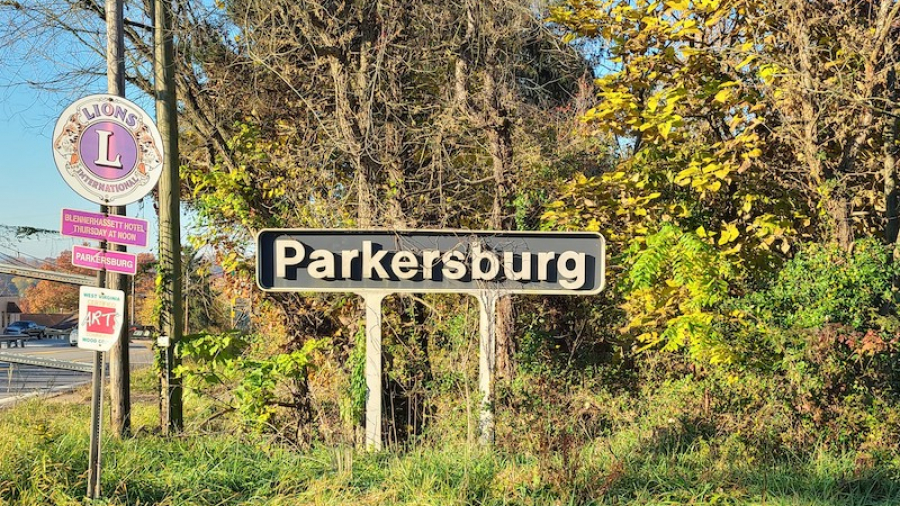 Note: This is the first in a series of articles reviewing and analyzing the facts and evidence related to the death of Judy Petty.

Many readers have followed the work of myself and my investigative partner, George Jared, on two previously unsolved homicide cases: Rebekah Gould and Debbie Williamson. We relied heavily on crowdsourcing tactics in both of those cases, and our methodology was successful in helping achieve the arrest and conviction of Rebekah’s killer.

The Mysterious 2008 Death of Judy Petty

After combing through dozens of case submissions from victims’ family members, Melissa and Justin were drawn to the case of Judith “Judy” Petty. Judy died in 2008 in Parkersburg, West Virginia, under mysterious circumstances.

Judy, a long-term resident of Parkersburg, was 48 years old at the time of her death. Her body was found burned beyond recognition in the cellar of an outbuilding on her family’s farm. Judy’s cause of death remains officially undetermined, and her case is unsolved.

The Timeline of Judy’s Disappearance

Around 2:30 p.m. on Wednesday, February 6, Judy Petty left her grandmother’s home near downtown Parkersburg to return some books to the nearby library. She told her grandmother and sister she’d be back soon.

Judy chose to walk the one mile between her grandmother’s home and the library as she enjoyed being outdoors. The library confirmed that Judy returned her books, but Judy’s activities and whereabouts after that visit remain a mystery.

By 6 p.m. that day, Judy’s family became worried when she failed to return to her grandmother’s house. Judy had not taken her cell phone with her, so they could not call her and check that she was okay.

Around the same time, Judy’s parents and siblings began driving around town, searching for her. Her father, Marvin, drove out to their family farm, located approximately 13 miles to the northeast, thinking that maybe she had gone there for some reason. He found no sign of her along the route or at the property.

At approximately 10 p.m. that evening, Judy’s family filed a missing persons report with the Parkersburg Police Department. Police took a report, but the officers did not start a search that night. The family continued searching on their own until 2 a.m. the next day, but they finally decided their efforts were in vain due to the darkness.

Family members regrouped early the next morning, February 7, to continue the search. By then, the local news station was aware of Judy’s disappearance. News broadcasters and aired a segment, informing viewers that Judy was missing and asked local residents to keep an eye out for her.

Judy Petty was a Type I diabetic. Her family was concerned she might have had a medical emergency and was unable to seek help. Hot or cold temperatures can exacerbate the side effects of someone suffering from high or low blood sugar levels.

Judy’s father, desperate to find his daughter, returned to their family farm again. The driveway was too muddy for a vehicle to pass, so he parked at the end of it.

The bottom of the long driveway was significantly lower in elevation than the main level of the property where the house was located. Marvin walked up the driveway and found the farmhouse engulfed in flames. He did not have a cell phone with him, so he ran back down to the main road and to the nearest neighboring home to call 911.

The fire department arrived on the scene around 9:30 a.m. Firefighters did their best to douse the flames, but they stated it was clear the house had been on fire for several hours and could not be saved.

Upon inspecting the rest of the property, fire officials found that an outbuilding with an underground cellar had also burned to the ground. Additionally, they found a burnt motorcycle and scorch marks around a large tree.

Judy’s family was alarmed that an arsonist had destroyed their family farm. But the question still remained: Where was Judy Petty?

The Discovery of Judy Petty’s Body

It took several hours for the fires to be extinguished and the affected areas to become cool enough for a search to commence. Suspecting the fire and Judy’s disappearance were connected, firefighters shoveled and sifted the debris in the former family home and outbuilding.

Also, two cadaver dogs were brought to the scene and appeared to alert to a tree on the outskirts of the farm. The dogs were unable to go into the burnt areas, due to the ground being too hot.

While Judy’s father assessed the damage to the farm, he spotted what appeared to be human bones in the outbuilding’s cellar. He immediately notified fire officials, and they agreed with his suspicion.

The coroner was called to the scene and identified the bones as human. Later, the bones were positively identified as Judy’s. Her body had been burnt beyond recognition and had to be identified via dental records.

Judy’s family and investigators were stumped as to how Judy had made her way from downtown to the farm. They also wondered who had the motive to kill her and destroy her family’s property.

The Means, Motive and Opportunity in Judy Petty’s Case

Many prosecutors and investigators adhere to the adage that the perpetrator of a crime must have the “means, motive, and opportunity.” Judy’s death is suspicious enough to where it should be investigated as a homicide until or unless that manner of death can be ruled out. Homicide has definitely not been ruled out in her case.

Motive is not required to prove a case in criminal court. However, it certainly helps.

Judy did have her purse with her when she left to walk to the library, so robbery cannot be ruled out as the motive. But other plausible motives exist as well.

Judy may have been the target of a sexual assault that got out of hand. It’s also possible that she may have seen someone committing an illegal act, and that person felt the need to eliminate her as an eyewitness.

Murder may not have even been the original intent. Someone may have wanted to threaten Judy into keeping a secret, force her to follow through on a promise or plan, or warn her to stay away from a particular person.

In addition to means and motive, the killer must have had the opportunity. If the murder was premeditated, the killer would have had to have prior knowledge of Judy’s location and movements that Wednesday afternoon and know that she would be going out alone.

More likely, based on the fact that there was no specific time that Judy was planning to return her library books, the murder was not premeditated. Possibly, the killer came across Judy and took action.

Regardless of whether the murder was premeditated or not, her killer would have to have taken time away from work, school, or other responsibilities. That would have provided him or her with enough time to take Judy to the family farm, commit the murder (which may not have happened at the farm), talk or carry Judy into the outbuilding, obtain an accelerant, set several fires, and escape.

The window of opportunity would have been at least a couple of hours. It would also have to have been a time when no one would expect the perpetrator to appear at any scheduled commitment.

Readers Are Urged to Get Involved

Readers who want to follow the future progress of Judy Petty’s case are encouraged to listen to Season 1 of Safe Haven, an investigative podcast covering the current investigation of Judy’s murder. Readers may also join the Facebook group dedicated to resolving this case and getting justice for Judy Petty. The administrators of the group regularly post updates and topics for discussion.

Anyone who has information about the death of Judy Petty can email the confidential tip line tips@justice4judy.com or call the confidential number 224-225-5208. All tipsters are guaranteed confidentiality and anonymity if they wish. Tips can also be reported directly to the Wood County Office of the Sheriff’s tip line at 304-834-3909.

Source
Establishing the Facts in a Suspicious Death is written by Jennifer Bucholtz for amuedge.com