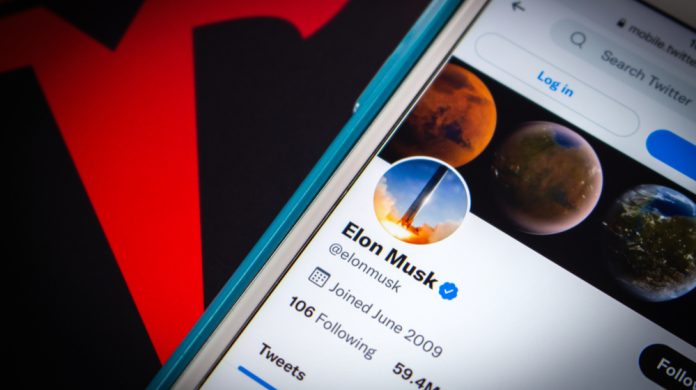 Billionaire entrepreneur Elon Musk offered to take Twitter Inc. private in a deal valued at $43 billion, slamming the company’s management and saying that he can unlock the platform’s “extraordinary potential” as it is used daily by over 200 million people.

I made an offer https://t.co/VvreuPMeLu

Musk said he will pay $54.20 per share in cash, which is 38% over the price back on April 1st, the final trading day prior to him going public with his stake. Twitter’s share sankk hy 1.1% to $45.33 in New York on Thursday, which is a sign that skepticism about one of the platform’s most vocal users can succeed in his takeover attempt exists.

He announced his proposal in a filing with the country’s Securities and Exchange Commission on Thursday, following him turning down the offer to take a board seat at Twitter. Musk, who is also controlling Tesla Inc., first revealed a stake of around 9% on April 4, making him the company’s largest single investor. Tesla’s shares went down by around 3% on concern that he will be distracted by his attempt to get Twitter.

Twitter then stated that its board would study the proposal and any response would be made in the best interests of all of their stockholders. The board was scheduled to meet at 10 a.m. New York local time to evaluate the proposal, as per a CNBC report.

This bid is the most high-stakes clash happening between the billionaire and the social media platform. He is one of Twitter’s most-watched firebrands, usually posting memes and taunts to his over 80 million followers. He has also been vocal about changes he would like to consider implementing on the said platform, and the company offered him a seat on the board following his announcement of his $3.35 billion stake.

Musk then quickly started appealing to fellow users about his prospective moves, which vary from turning the social media company’s headquarters in San Francisco into a homeless shelter and adding a Tweet edit button or even granting automatic verification for premium users. One tweet even suggested that Twitter might be duyjng since celebrities with high follower counts don’t usually tweet.

Must feels unsatisfied with the influence he has with being the platform’s largest investors. Because of this, he has bow begun a full takeover as he’s one of the few people who have the means to afford it outright. At the moment, Musk is worth around $260 billion, as per the Bloomberg Billionaires Index, making him the richest person in the world.

While he has that distinction, how he will get $43 billion in cash is yet to be revealed.

“This becomes a hostile takeover offer which is going to cost a serious amount of cash,” Neil Campling, who is the head of TMT research at Mirabaud Equity Research said. “He will have to sell a decent piece of Tesla stock to fund it, or a massive loan against it.”

Much of the billionaore’s ire versus Twitter is directed against what he thinks is a censorship done by the platform. In a letter to the company’s board, apart from details of his offer. Musk said he thinks Twitter “will neither thrive nor serve [its free speech] societal imperative in its current form. Twitter needs to be transformed as a private company”

Now: @elonmusk offers to buy Twitter for $54.20/shr in cash
– 54% premium on Jan 28 closing price
– Musk: Twitter has extraordinary potential. I will unlock it
– Musk: Twitter needs to be transformed as a private co.

Musk is offering a 54% premium over the Jan. 28 closing price, the day after he started building his initial stake at the company. Given this, his takeover attempt will not likely be a drawn-out process.

“If the deal doesn’t work, given that I don’t have confidence in management nor do I believe I can drive the necessary change in the public market, I would need to reconsider my position as a shareholder,” Musk said.

The social media platform’s shares have fluctuated as he builds his stake.

He told the company’s board over the last weekend that he believes Twitter should be taken private. Here’s Elon on Ted Talks.

Elon Musk at #TED2022 Says He Has a ‘Plan B’ if Twitter’s Board Rejects His Takeover Offer pic.twitter.com/shqkwYKdxS

However, some think his offer per share is too low for the shareholders and the board to accept it, according to Adam Crisafulli of Vital Knowledge in a report, also saying that the company’s shares reached $70 under a year ago.

According to Saudi Prince Alwaleed bin Talal, who is a shareholder at Twitter, he rejected Musk’s offer as not coming “close to the intensive value” of the company “given its growth prospects.”

Even though Must stated his offer was “best and final,” it opens the high likelihood for rivals making an effort to out-bid him.