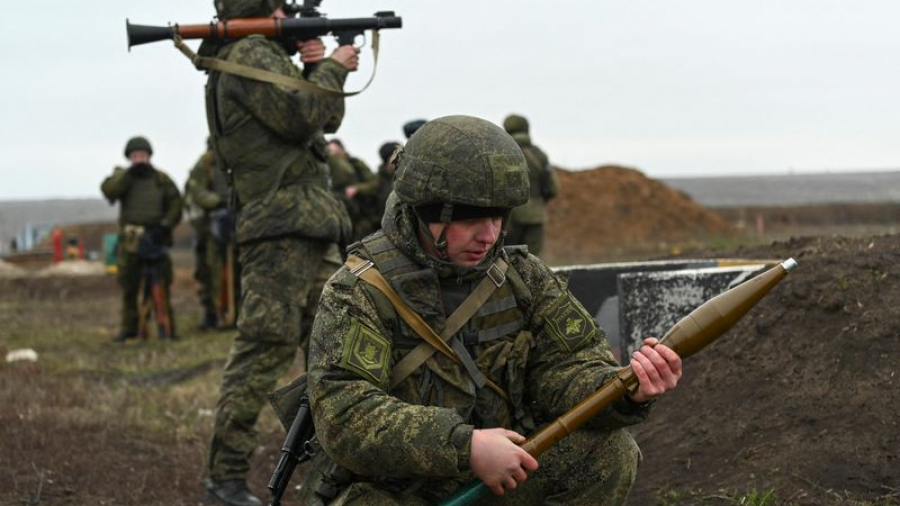 Sweeping sanctions would be imposed on top Russian military and government officials, including President Vladimir Putin and key banking institutions, if Moscow engages in hostilities against Ukraine, according to new U.S. legislation set to be unveiled on Wednesday by senior Democratic senators, the Washington Post reported.

The legislation also includes provisions to help bolster Ukraine’s security and encourages the U.S. to “consider all available and appropriate measures” to ensure the Nord Stream 2 pipeline – a “tool of malign influence of the Russian Federation” – does not get up and running, the report said.

The bill would also target companies in Russia that offer secure messaging systems, such as SWIFT, which banks use to exchange key information with other financial institutions, the report said.

A spokesperson for the National Security Council told The Post that the White House supports Menendez’s bill, which would “trigger severe costs to Russia’s economy” if Russia goes ahead with an invasion, and that other measures, such as the one being pushed by Republican Senator Ted Cruz in a separate bill, will “not counter further Russian aggression or protect Ukraine.”

Several Democratic senators said late on Monday, after meeting with Biden administration officials, that they believe sanctions on Russia’s Nord Stream 2 pipeline backed by Cruz could harm relations with Germany.

(Reporting by Shivam Patel in Bengaluru; Editing by Chizu Nomiyama)