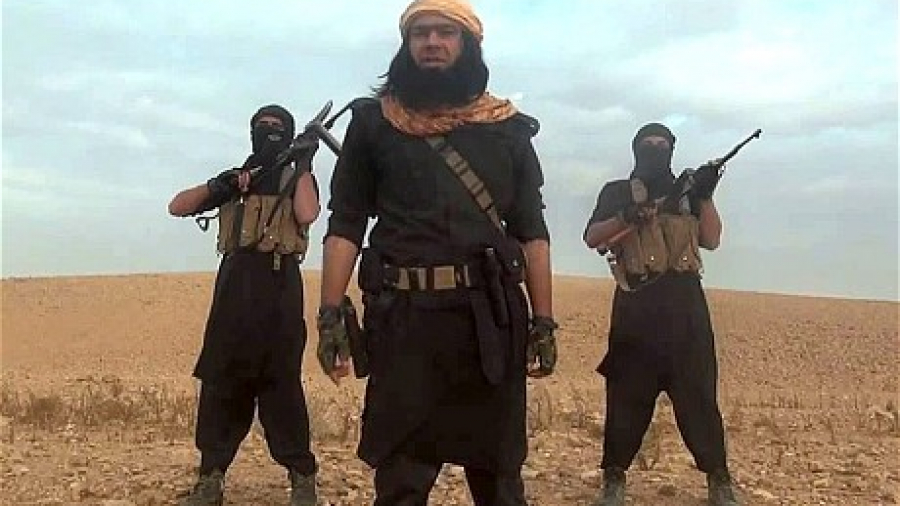 Syrians were using one of these weapons facilities to produce the nerve agent sarin. The other was part of a military command post.

These attacks were made as part of a plan to prevent President Bashar al-Assad’s government from allowing any more chemical attacks to be committed on his own people.

President Trump sent these attacks in order to show Western resolve in the face of pure evil. After all, as Trump said in a televised address from the White House Diplomatic Room, “These are not the actions of a man. They are crimes of a monster instead.”

Trump said the United States is “prepared to sustain this response until the Syrian regime stops its use of prohibited chemical agents.”
This is one of the necessary acts that United States can make in preventing terror groups overseas. Terror groups that kill, destroy, and threaten the lives of innocent men, women, and children.
This Manual Helps Ensure You Never Become A Victim Of Terrorists
However, this is just one piece of the puzzle. And, while we fight terror groups in Syria, there is one growing threat that is becoming a more sinister and more direct threat to our national safety and security.
The fact is, ISIS members are growing right here in our country. U.S. Intelligence Officials even admit there are thousands of sleeper cells here in the U.S. (A sleeper cell is a secretive group of spies or terrorist agents that remain inactive within a target population until ordered to act.)
And what’s scarier is they’re planning bloody attacks on the people in our country (particularly Christians). Plans American citizens often won’t know about until it’s way too late.
Don’t Be A Victim – Discover ISIS Secrets Right Here.
They’ve been unleashing random attacks within the last few years. And the FBI think they may even use drones in order to drop chemical weapons – similar to the chemical attacks in Syria.
Yes, the FBI is on the lookout for these ISIS members and attempting to stay one step ahead of them. However, they can only do so much.
Take a look at the infographic below for an eye-opening view of how quickly ISIS is spreading. And keep in mind the statistics are just on the ISIS members that have been caught. There are many more out there that have yet to be brought to justice.
The fact is we can’t rely on the FBI and the U.S. government alone. They’re doing the best they can. But that doesn’t exempt us from taking responsibility for our own lives and doing all we can to keep ourselves and our family safe while unidentified ISIS members hide in the shadows.
As it turns out, identifying ISIS members is easier than you think. At least, as long as you have the right resources.

Your odds of spotting an ISIS operative from miles away increase dramatically when you know what’s in the ISIS Identification Manual.

Created by a 23-year military veteran with intelligence experience, this Free guide gives you the eyes to spot ISIS members way before they get the chance to add your family to their jihad body count.

The good news is a limited number of these manuals are being given away for Free.

The bad news is the Free copies will disappear fast.

When it comes down to it, each of us Americans needs to do all we can to protect ourselves and our families from ISIS and their terrifying plans. It’s up to us to defend ourselves from the horrors they’re wanting to commit in our country.

Do your due diligence and get your FREE COPY of ‘Surviving ISIS’ HERE before it’s too late.