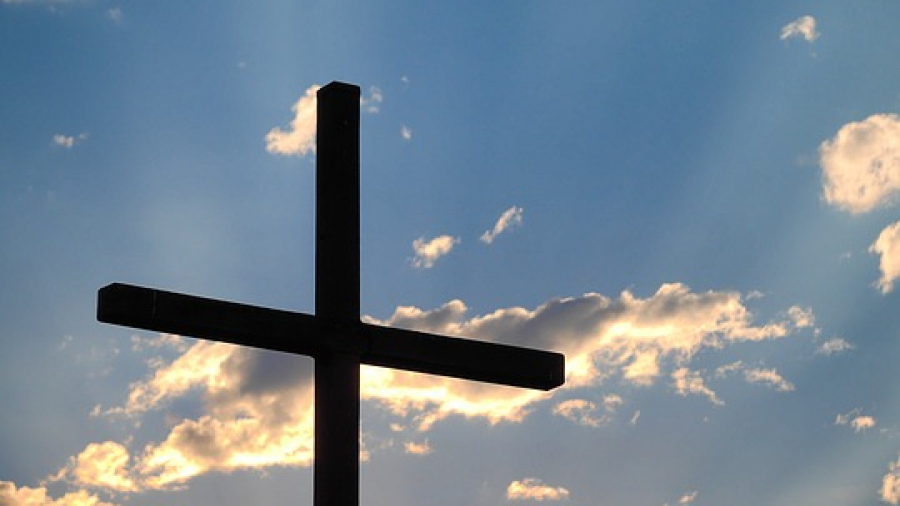 Now that Christmas is upon us, I began thinking about Christianity and the true reason for the season. And that got me wondering…

Does Christianity have a place when SHTF?

After all, this time of year makes many people feel grateful for their friends, family and loved ones. People are optimistic, happy, and tend to savor special holiday moments more than most.

However, it got me thinking about this song lyric, “It won’t be like this for long.” Soon (and we don’t know how soon), an SHTF situation is bound to occur – and most people will begin turning their eyes away from heaven, so to speak, and will instead act like the beasts of hell?

When it comes down to it, the fundamentals of Christianity won’t change; however, the way people treat Christians, the way Christians treat others, and the value of the religion itself may change dramatically in a post-apocalyptic situation.

Our nation began as a Christian nation.We’ve moved far away from those moral beliefs, and we’re paying the consequences. Just look around you. And, unfortunately, this isn’t the end of the road.

So, in light of everything, I can’t help but wonder…

Does Christianity Have A Place When SHTF?

Faith is a funny thing when an emergency situation happens – it seems that many people claim to not have any until the big one hits. And then they’re praying to God and asking for forgiveness (a potentially redemptive story if you ask me).

The truth is, different folks will act in different ways – even when the belong to the same Christian faith. For instance, some will cope better with the day-to-day mess because they have faith to get them through. However, even the most faithful Christians may lose their way and/or have a difficult time coping.

It’s also interesting how people will relate to the circumstances they’re in. Some will say “God’s going to do what he wants, and so I have no control over it. I can’t do much.” while others will take the point of view, “I may not be able to control all of it, but I’m going to take control of what I can do in this moment, and pray that God will help me through the rest.”

The “Serenity Prayer” comes to mind when I think about this. For those of you who don’t know it, it goes something like this: “God, grant me the serenity to accept the things I cannot change, the courage to change the things I can, and the wisdom to know the difference.

Interestingly enough, it is often the people who choose to utilize that courage and act that tend to stay alive. This is because they’re using that free will and being productive with it and giving themselves a sense of purpose, rather than just feeling like they can’t do anything.

And that intentionality, action and purpose doesn’t just mean working extra hard. It also means recognizing the limited time you have left, and really relishing the moments you have left with your friends and family. It’s really being in the moment watching that sunset, and truly appreciating the things you have, the people around you, and the beauty of the environment you’re in.

The truth is, in the hell of an SHTF situation, most everyone’s going to need to find faith in a higher power. These horrific emergency situations turn people into animals, and take all the basic decency out of people. You’ll find yourself having to make a whole lot of sacrifices and some of the hardest decisions you’ve ever had to face. And it can be extremely difficult to do the right thing with the belief in a higher power.

And keep in mind, too, that the things you do and the way you act – good or bad – end up coming after you and finding you. There will be certain people who claim to be believers, and will be committing horrific crimes – like killing innocent children – all in “the name of God.” They do this to justify the atrocities they’re committing.

Keep in mind that not everyone who claims to be a Christian or a believer in God is actually the real deal. And trusting in these people will put you in a world of hurt.

There may be people, too, who turn from their bad ways. Time and time again, when the end is near, people have fallen on their knees, given repentance for their sins, and let Jesus Christ into their heart to become the savior of their lives.

There’s something about things ending that makes a man (or woman) take a hard look at what they’ve done and realize there’s got to be something more – something better – than all this. I don’t believe anyone is “too far gone” – and sometimes it takes an SHTF situation to help bring these people to the Lord.

Regardless if this happens to you or not, just know that each of us is going to one day be accountable to all the good and bad things we’ve done in this life. In the end, we all must face up to the choices we’ve made on this earth.

In addition, it’s not just about surviving the SHTF situation. Sure, that’s obviously crucial. But it’s also about what you do moving forward. Face it – these situations change you. It doesn’t matter who you are – you’re going to be a different person after going through what you did. And so the question then is “What are you going to do with it?”

Many believers find that one of the best ways to cope with these past events is to help others who are suffering, or to prevent them from going through the same events they’ve experienced. This can provide peace and purpose, and can help “pay it forward” to help future generations.

When it comes down to it, I think Christianity (and religion in general) can be of enormous help in an SHTF situation when it’s not twisted or corrupted by evil people/deeds.  The values Christ holds and teaches us can help light the path in a world full of darkness.