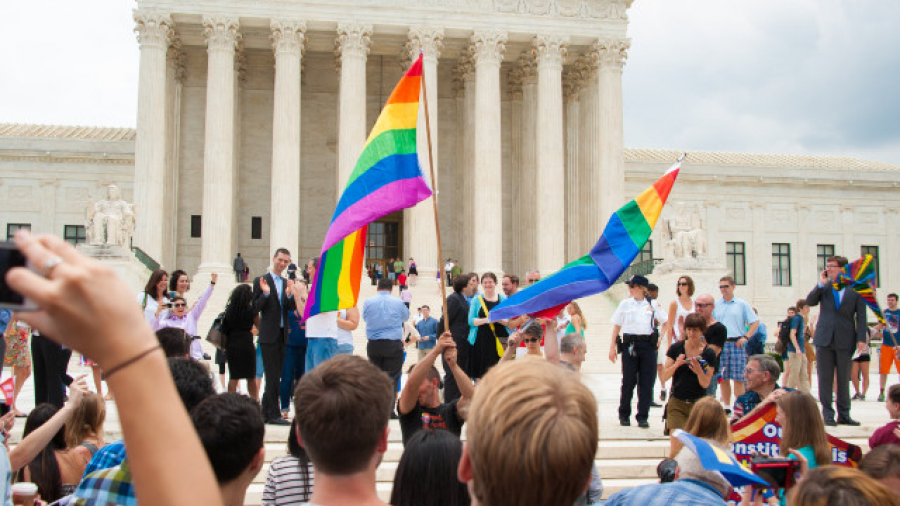 Just mere moments after the Supreme Court issued its ruling on the Dobbs case which then overturned Roe v. Wade, on Friday, liberals began to fear that the court might be setting its sights on same-sex marriage next, and it seems that a concurring opinion released by Justice Clarence Thomas might be throwing a little gasoline on the fire as far as that topic is concerned.

In Thomas’ opinion, in which he sided with the majority, Thomas stated that the court should “in future cases … reconsider all of this Court’s substantive due process precedents, including Griswold, Lawrence, and Obergefell.”

For those who might not remember, Obergefell was the landmark case that led to the legalization of gay marriage across the entire United States, according to a report from TheBlaze.

“[T]his Court’s cases and the Nation’s traditions make clear that marriage is a keystone of the Nation’s social order. … States have contributed to the fundamental character of marriage by placing it at the center of many facets of the legal and social order. There is no difference between same- and opposite-sex couples with respect to this principle, yet same-sex couples are denied the constellation of benefits that the States have linked to marriage and are consigned to an instability many opposite-sex couples would find intolerable. It is demeaning to lock same-sex couples out of a central institution of the Nation’s society, for they too may aspire to the transcendent purposes of marriage,” the majority opinion of Obergefell states.

“Because Thomas calls for reconsideration of the reasoning behind the legalization of gay marriage — and the decriminalization of contraception and homosexual acts, as decided in the Griswold and Lawrence cases — many liberals have expressed fear that gay marriage might soon be outlawed once again,” TheBlaze reported.

A few Democrat politicians have stated the same kind of assumption though they honestly don’t have a whole lot to fear.

The chances that the court would actually revisit those other cases are quite slim, despite the striking language in Thomas’ opinion, which says that the court has “a duty ‘to correct the error’ established in” Griswold, Lawrence, and Obergefell.

For one thing, none of the other SCOTUS justices who sided with the majority in the Dobbs decision concurred with Thomas’ issued opinion, signaling that the court has little interest in reconsidering those precedents.

In addition, Thomas does not necessarily state that those decisions were wrongly decided. While the majority in the Dobbs opinion, written by Justice Samuel Alito, state unequivocally that “[l]ike the infamous decision in Plessy v. Ferguson, Roe was also egregiously wrong and on a collision course with the Constitution from the day it was decided,” Thomas does not argue that Griswold, Lawrence, and Obergefell were wrongly decided, only perhaps wrongly reasoned.

This has not stopped radical leftists from spewing their fear that gay marriage is going to soon be reverted back to the states. Which isn’t surprising. The vast majority of liberals are driven by their emotions, and thus, when something scares them, it terrifies them to their core, and they go on and on about things that are probably never going to happen.

What they are really trying to do is get folks worked up, so they’ll start mobilizing against the Supreme Court and those who are celebrating the fall of Roe. It seems liberals constantly live in a world of fear and misery.

Must be exhausting and totally terrible.

Source
Dobbs Opinion Has LGBTQ Community Worried…Here’s Why is written by michael for trendingpolitics.com