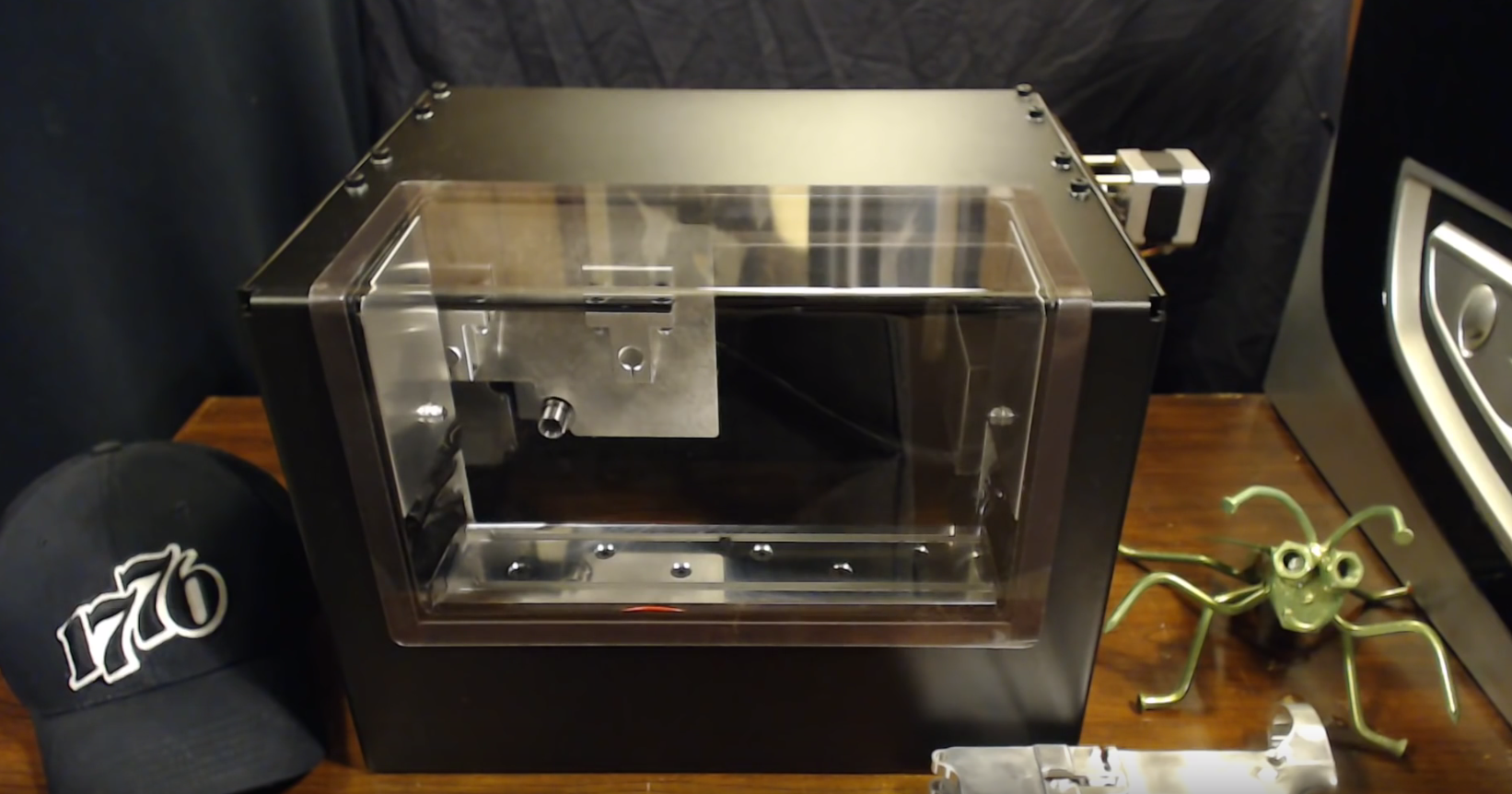 Gun control is getting more and more strict – and this new DIY gun technology has liberals terrified.

Feds Hate That They Can’t Seize This Gun

The judge set the ruling in stone when he said, “The AR-15 and its analogs, along with large capacity magazines, are simply not weapons within the original meaning of the individual constitutional rights to ‘bear arms.’”

Young is not the first to deprive Americans of our Second Amendment rights. For instance, back in 2016 a gun-rights group made the decision to sue Massachusetts Attorney General Maura Healey. That’s because she was attempting to broaden the definition of “copies or duplicates” of AR-15 and AK-47 models.

Healey’s end goal was to not only ban standard AR-15s and AK-47s, but also other versions of these guns. Versions that had been redesigned in order to get around the law’s misguided definition of “assault rifle.”

Unfortunately, following the 2016 Pulse Nightclub shooting, Healey was able to unilaterally change the state of Massachusetts’ interpretation of what defines an “assault weapon.”

Sidestep Gun Control With This Untraceable 1911

So how does this all relate? Well, Young’s ruling on Friday bans certain firearms that weren’t originally covered by the Massachusetts’ assault weapon ban. This court ruling bans guns that many people in the state have already bought. Which means that, with one stroke of the pen, Young’s choice to uphold the state’s assault weapons ban turns these once-innocent firearm purchasers into instant criminals.

Now, you may be wondering what legal grounds Judge Young had in making the decision to uphold Massachusetts’ assault weapons ban. Well, as it turns out, he was using the Antonin Scalia’s Heller ruling.

According to The Truth About Guns:

“Weapons that are most useful in military service — M-16 rifles and the like” aren’t protected by the Second Amendment and “may be banned,” Young quoted Scalia as saying.

Now Scalia obviously had opinions about limiting the rights to keep and bear arms to weapons that were “in common use at the time.” However, gun-rights activists knew this would come back to bite us in the butt.

But wait – it gets worst. Young also chose to reject any and all attempts made by pro-gunners to challenge this ban. Even though the point of the challenge was solid: AR-15s are still extremely popular in America.

According to Young, “The AR-15’s present day popularity is not constitutionally material,” Young said. “This is because the words of our Constitution are not mutable. They mean the same today as they did 227 years ago when the Second Amendment was adopted.”

What’s worse, the Massachusetts legislature is overrun with Democrats. And most of them are more than happy to pass stricter gun control – no matter what the cost. And so they’re not going to do a thing to challenge this.

Plus, you may be thinking “this is a great case for the Supreme Court to appeal.” Unfortunately, the Supreme Court has been growing more and more tentative of taking any Second Amendment cases in the past few years. And, as more and more pressure comes upon them to enforce stricter and stricter gun control, pro-gunners with common sense are losing hope. Fast.

Young’s ruling is one of more than a dozen similar rulings in the past 6 months. And each of these further erodes our Second Amendment rights more than ever before.

This is bad. Very bad.

Each time rulings like these are passed, our Second Amendment rights are reduced further than our founding fathers could have ever imagined.

This Gun Is Invisible To The Government

Fortunately, the easiest way to avoid becoming a victim of these gun laws is by knowing specific “workarounds” that allow you to sidestep gun control.


Thanks to a recent breakthrough in technology (and a carefully placed loophole in American gun law), it’s now possible to make a completely untraceable 1911 pistol. And, better yet, it’s completely invisible to the ATF.

Your invisible 1911 is identical to any pistol you’d buy in a gun shop.

Only a lot more affordable.

And it doesn’t require a serial number, background check, or waiting period to own.

This is all possible thanks to the Free DVD on the following page.

Normally $49.99, this DVD is being given away for a limited time. That’s because the recent attack on the Second Amendment has inspired the company who makes them to give away as many of these DVDs as possible.

You can claim your Free DVD showing you how to make an invisible 1911 right here.

Do Not Wait to Get This Free DVD.

The loophole that lets you make your own invisible 1911 may soon be shut down.

Plus, we have no idea when the company who makes these DVDs will stop giving them away.

Click here now and confirm your shipping info, and they’ll get it out to you pronto!

Is The MRE The Ultimate SHTF Food?