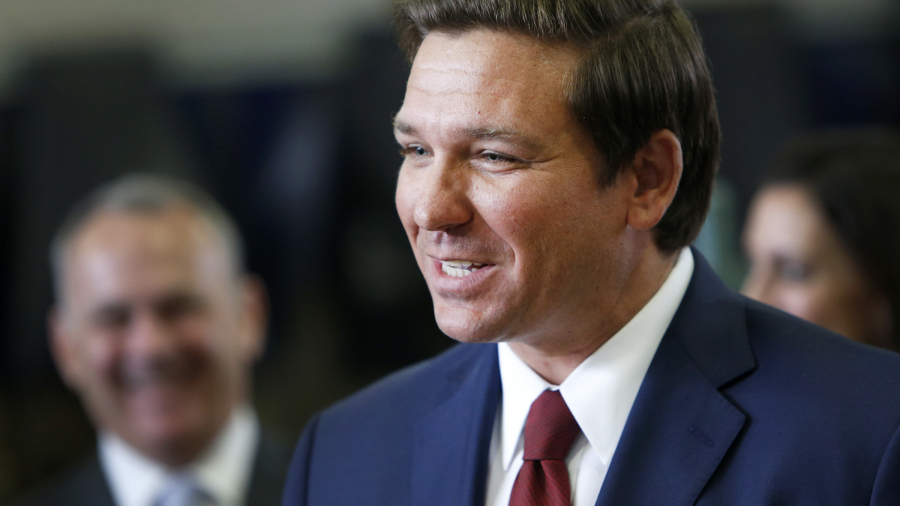 Florida Governor Ron DeSantis’ deputy press secretary, Jeremy Redfern, is an utter Twitter maestro that managed to hilariously humiliate MSNBC host Joy Reid. How so? By releasing an email screenshot that not only revealed that someone on far-left Joy Reid’s staff tried reaching out to Governor DeSantis and “touch base,” but that her outreach effort was rejected out of hand by DeSantis’ savage team.

That came after Reid mocked Governor DeSantis’ expression from a joint press conference he did with President Joe Biden regarding the relief effort for Hurricane Ian. Slapping back after Reid mocked DeSantis, deputy press secretary Redfern released the email screenshot and humiliated Reid, taunting her with the outright rejection.

DeSantis’ face is saying so much in this clip… https://t.co/RrOJ8xuzcK

And here’s the letter, with it’s hilarious rejection of the ReidOut’s offer:

You’re upset that you got turned down again, huh? pic.twitter.com/XoVlQBkVV6

As you can read in the email screenshot, the ReidOut team said “Good Evening, [REDACTED] with MSNBC’s The ReidOut. Last spoke when I was with CBS Nat News a few months ago. Would love to ough base with our team ahead of midterms. Can hop on a phone if that’s easiest!”

Redfern wasn’t having it. So he fired off a short, funny response, saying “Nah, we are good.”

Fox News Digital, adding context to Team DeSantis’ outright rejection of the idea of dealing with The ReidOut, notes that Reid has been on the warpath against Governor DeSantis recently, saying:

Despite her team appearing to seek a conciliatory correspondence with the governor’s office, Reid herself has been smearing DeSantis. Only last week, she attacked him for warning looters that Second Amendment-supporting Floridians would not take too kindly to them breaking into their damaged homes.

This isn’t the first time that Team DeSantis has refused to entreat with the leftist media. It did so when asked by ABC to talk to the cohosts of “The View.”

In one part of that response, Team DeSantis called the motives of the request into question, saying:

“Are the hosts of The View really interested in hearing from Governor DeSantis about all of the important work he is doing on behalf of Floridians to protect their health and livelihoods, to stand up for parents and children, and to defend freedom?” the email said. “Which of the below statements from the hosts of The View do you recommend our team consider when deciding if the interview will be a genuine pursuit of the truth? Or worth the time?”

Then they quoted some nasty things the hosts had said about DeSantis, saying:

Joy Behar, August 2021: “You’re just short of calling [Governor DeSantis] a negligent, homicidal sociopath, because that’s what he is.” She added: “What is he doing? He’s risking the lives of children, children’s parents, their grandparents, anyone they may come into contact with, so he can appeal to his white supremacist base, so he can continue in his career and get reelected.”

Sunny Hostin, February 2022 (on Governor DeSantis’s policies): “It started with CRT. Let’s remember that – and those are anti-history laws, anti-black history laws, really,” she said. “If you start coming after black people, what comes next, right? Of course the LGBTQ+ community, and then women, and then other marginalized groups.”

So Team DeSantis knows how to deal with the media and spurn its advances. Nice.