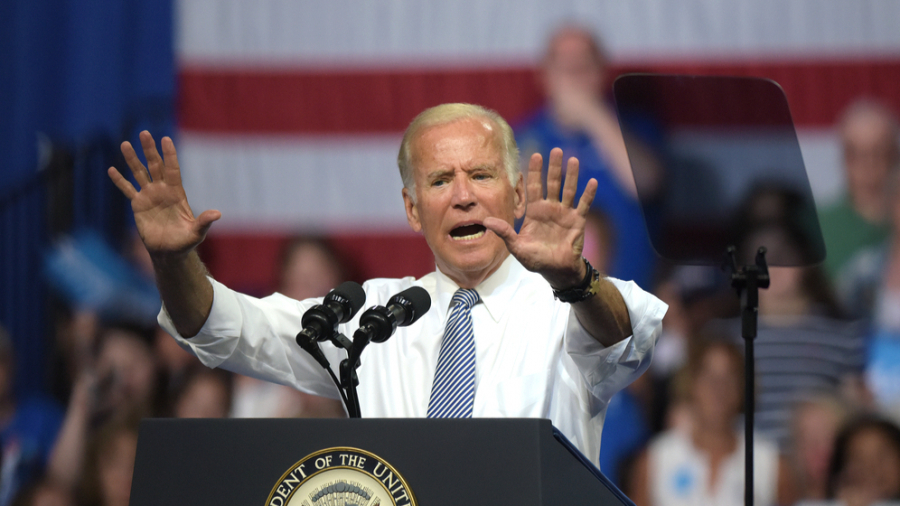 Pres. Joe Biden’s administration is currently facing pressure from both the Democratic and Republican parties with regard to its decision to lift Title 42. As this goes on, the White House calls for a solution to the country’s “broken immigration system.”

This month, the current administration revealed that it will lift Title 42, a policy that has been used since March 2020, on May 23. Ever since it has been enforced, the said rule was sued to quickly expel a majority of migrants from the southern border.

Doocy: What's your plan for the 18,000 illegal aliens a day that will be crossing the border after Title 42 ends?

Psaki: I don't know where you're getting that number.

Jen Psaki, the White House press secretary, said on Monday that it is vital to remember that the said rule “is not an immigration authority” or “an immigration plan.”

Psaki said: “There is no question we have a broken immigration system. There’s more we need to do. We’ve been saying that from the first day the president took office, and anyone who wants to work on that, Democrats, Republicans, anyone, how we can put smarter security in place, how we can have an asylum processing system that works, we would love to do that.”

According to a White House official, as reported by Fox News, with Title 42, “a significant percentage of migrants have re-attempted to enter the United States illegally following their rapid expulsions because they were not placed in immigration proceedings, not processed through our system, and ultimately faced no consequences for attempting to re-enter the country illegally.”

The White House used February statistics as their basis, saying that during that month, with the Title 42 order in effect, over 90,000 people were expelled for trying to cross into the United States. It also said that these individuals had “no legal barrier to trying again and again.”

“Once Title 42 is lifted—on May 23rd—if these people come to the border, they have no legal basis to remain, they will be removed, and if they try again, they will be committing a crime,” the White House official also told Fox News.

The official also said while looking beyond the rule’s lofting that the administration aims to process migrants “in a safe and orderly manner,” while closely coordinating with communities at the border, and “in accordance with the laws of the United States.”

The official then mentioned that this includes “expeditiously removing those who do not qualify to remain in the United States.”

“So, let me be clear — individuals who cross the border without legal authorization will be promptly placed into removal proceedings and, if unable to establish a legal basis to remain in the United States, will be expeditiously removed, and returned to their country of origin,” the officialalso stated. went on to say.

The said official also mentioned that the White House believes that asylum and other legal pathways “should remain available to those seeking protections,” and reiterated that the Biden administration is “working to expand legal pathways” so that people don’t make the “treacherous journey” to the border.

“But those not seeking protection, or who don’t qualify, will be promptly removed to their countries of origin,” the official added.

The official then mentioned that the end of Titel 42’s implementation “is a return” to the “standard,” and that people not seeking protection who also don’t qualify will be “promptly removed to their countries of origin,” and face “other long-term immigration consequences.”

In March, over 220,000 migrant encounters were recorded, 50% of which were expelled due to Title 42, as per the Customs and Border Protection data published last week. The said figure, the highest during the current administration so far, is expected to go up in the next few months, specifically if the lifting of Title 42 pushes through.

The Department of Homeland Security has mentioned that it’s been preparing for the possibility of having 18,000 encounters a day.

Members of the Republican party have criticized the Biden administration for its plan to end the implementation of the rule for months. Meanwhile, more and more Democrats have been stepping up and opposing the decision, saying that the country needs a plan in place.

These Democratic lawmakers have all discussed the bill before. Manhchin called the lifting of the policy “frightening.” Earlier this month, Tester stated that he is “strongly opposed” to the administration’s decision. Meanwhile, Hassan mentioned that lifting the order “will likely lead to a migrant surge that the administration does not appear to be ready for.”

“I warned the administration about this months and months ago, and they still don’t have an adequate plan,” Kelly said last week to Fox News Digital. “They say they are working on it. My guess is that we’ll get to May 23, there probably is not going to be an adequate plan in place and, if that’s the case, I don’t think we should lift Title 42.”

Additionally, Florida Democratic Rep. Val Demings’ spokesperson spoke to Politico on Monday and stated that “Until there is a plan to put more boots on the ground and support our law enforcement officers at the border, Chief Demings does not support lifting Title 42.”

“Unless we have a well-thought-out plan, I think it is something that should be revisited and perhaps delayed. I’m going to defer judgment on that until I give the administration the opportunity to fully articulate what that plan is. But I share … concerns of some of my colleagues,” he said to a group of reporters, according to the Hill.

On the other hand, Senate Republicans have been trying to stop the administration from getting rid of Title 42 in the fist place, and they are using a COVID-19 funding bill to do so. They already managed to delay the consideration of the compromise legislation worth $10 billion.

Additionally, Minority Leader Mitch McConnell (R-Ky.) and his deputies stated that they will keep up the COVID-19 funds’ filibuster until Majority Leader Chuck Schumer (D-N.Y.) allows them to vote on the amendment that would keep the said policy in place.

“What is happening right now is they’re essentially holding hostage funding for COVID. And we are going to run out of funding,” Psaki said in connection to the stakes of the standoff.

“We are already running out of funding for key programs. So our issue here is let’s move forward with the COVID funding,” she also went to say. “We’re happy to have a discussion about the broken immigration system. We agree it’s broken. Let’s work together on addressing that.”