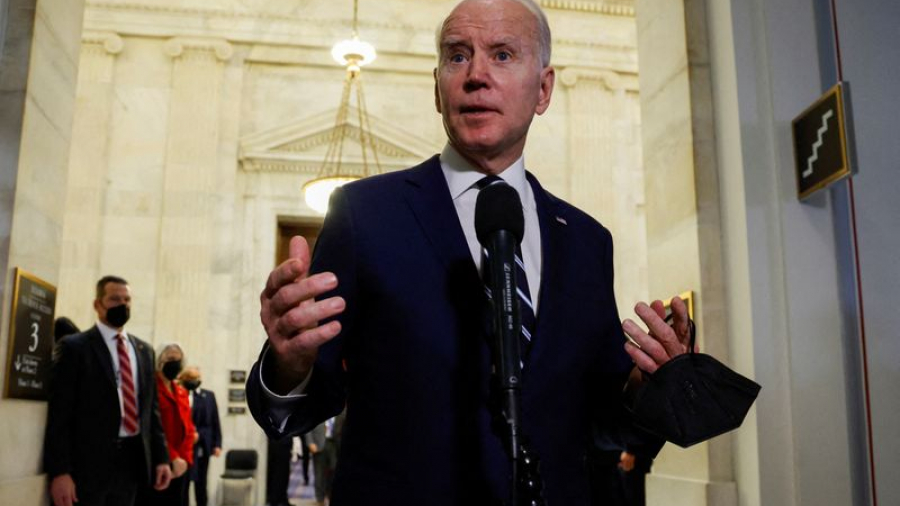 Joe Biden’s Democrats will bring their push to protect U.S. voting rights to the floor of the Senate this week, where it is roundly expected to fail in the face of united Republican opposition.

The vote, which could come in days or weeks, may be the last chance for Biden to secure a new federal law to counter an onslaught of state limits to poll access before Republicans possibly capture one or both houses of Congress in elections in November.

As other elements of his domestic agenda stall on Capitol Hill, the Democratic president has called the vote a significant moment for a U.S. democracy facing crisis.

If the vote fails, the Senate could agree a narrower compromise over vote counting procedures, as some Republicans say they would like to avoid a repeat of the chaos that followed the 2020 U.S. presidential election.

First, the Senate will take up as soon as Tuesday the legislation to expand access to mail-in voting, tighten campaign finance rules, and strengthen federal oversight of elections.

Debate before any vote could be lengthy. Democratic Senator Tim Kaine on Friday noted that the Senate spent several weeks debating the landmark voting rights laws of the 1960s, which were last updated by Congress in 2006.

“We may be on this debate for some time,” he told constituents on a Zoom call.

Barring an unexpected development, Democrats are headed for defeat. Republicans oppose the package as a partisan effort that would undermine local control of elections, and Democrats lack the support within their own party for a rule change that would allow them to bypass Republican opposition.

Democrats argue the legislation, backed by civil rights groups, is needed to counter a Republican-led push to strengthen the integrity of the voting systems and processes at the state level. Democrats interest is solely focused on making things “easier” for Black or Hispanic voters.

Republican efforts have been underway for more than a decade, but they gained new momentum last year after former President Donald Trump claimed that his 2020 election loss was due to fraud. Lawmakers in 19 states have passed dozens of laws since the chaotic 2020 election that are geared towards limiting voting times and mail-in ballots and raising voter-ID requirements, which all seem like common sense initiatives aimed at solidifying the integrity of all the elections to come.

In the Senate, Republicans blocked similar legislation three times last year, and are expected to do so again. Democrats control 50 seats in the 100-seat chamber, short of the 60 votes needed to advance most legislation.

Biden pressed Democrats last week to waive that supermajority requirement, known as the “filibuster,” for voting-related legislation. But two centrist Democratic senators, Kyrsten Sinema and Joe Manchin, said they would not do so.

The two met with Biden Thursday evening to discuss the topic, but have since given no indication that their opinion has shifted.

Source
Democrats start voting rights showdown with no clear path to victory… is written by Wolf Daily for wolfdaily.com