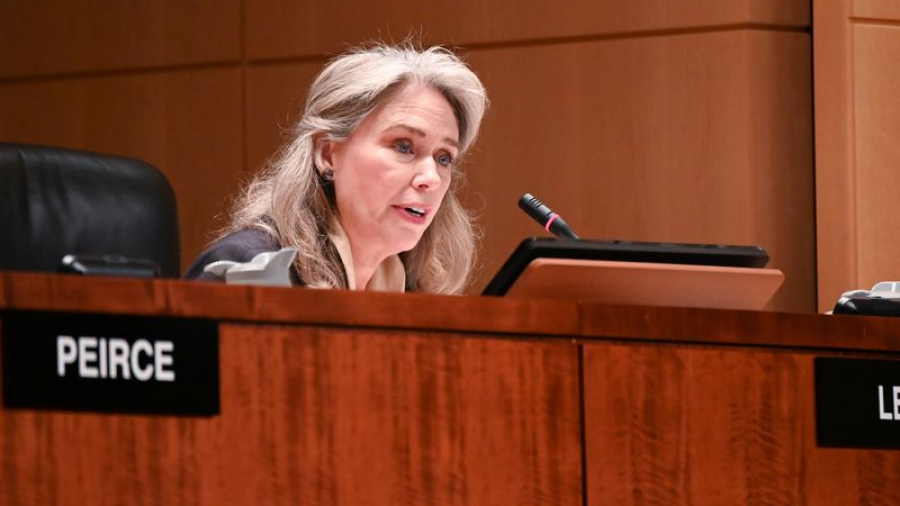 U.S. Securities and Exchange Commission (SEC) Democratic Commissioner Allison Lee plans to leave the agency after her term ends in June, but will remain in office until a successor is named, she said in a Tuesday statement.

“My term as Commissioner expires in June of this year, and I have notified President Biden that I intend to step down from the Commission once my successor has been confirmed,” Lee said on Tuesday.

Lee’s departure would come as the agency tackles an ambitious agenda of rule changes that would affect public companies, brokers, Wall Street banks and investment funds.

The SEC would still maintain a thin 2-1 Democratic majority, however, as it continues to await a replacement of one empty Republican seat vacated by former Commissioner Elad Roisman in January.

A commissioner since 2019, Lee had previously spent several years in senior roles at the SEC from 2005 to 2018, including time as an enforcement attorney.

In January 2021, she began serving as acting chair of the agency until Gary Gensler was sworn in as chief of the Wall Street regulator in April 2021.

“Allison Lee definitively raised the bar while serving as acting chair of the SEC,” said Satyam Khanna, a sustainability consultant and former SEC policy advisor for climate and ESG.

“She launched pathbreaking ESG initiatives across the SEC, including issuing a request for public information on climate risk disclosure; directing the examination unit to enhance its focus on ESG; and helping shine a light on how investors’ money is voted in corporate elections,” Khanna said.

(Reporting by Katanga Johnson in Washington; Editing by Andrew Heavens and Mark Porter)

Source
Democratic SEC Commissioner Lee to leave agency after term ends in June is written by Wolf Daily for wolfdaily.com